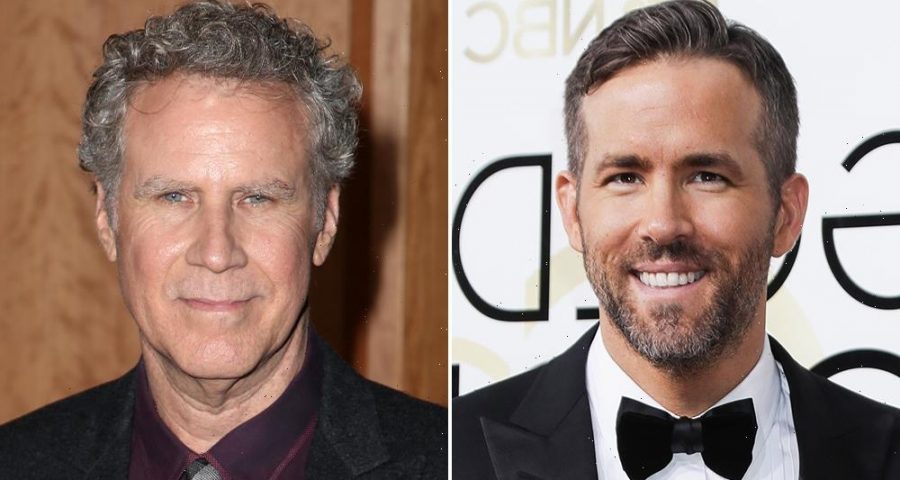 Well, in a page right out of Hitchcock, Ryan Reynolds and Will Ferrell decided on Wednesday to pull their own criss-cross on late night hosts Jimmy Kimmel and Jimmy Fallon. Ferrell showed up in Reynolds’ stead on Jimmy Kimmel Live!, while Reynolds took Ferrell’s slot on The Tonight Show Starring Jimmy Fallon.

Hilarity ensued, as the hosts played along and asked the questions intended for their proper guests to their replacements.  .

Ferrell was championing Reynolds’ new Netflix action flick Red Notice, also starring Dwayne Johnson and Gal Gadot. Unfortunately, he had not seen “a stitch” of it. “I saw the billboards; they’re wearing tuxedos,” Ferrell said. “So you know it’s gonna be classy, right?”

He also talked about “wife” Blake Lively’s oatmeal and nachos cooking skills, and showed off his physique and French rap skills.

Meanwhile, Reynolds was welcomed by The Roots crew with more cowbell, one of the most famous Ferrell SNL sketches. He then pitched Ferrell’s new Apple TV+ series with Paul Rudd and Kathryn Hahn, The Shrink Next Door.

He called Rudd “The nicest human being in all of show business,” and said his “costar” is “aging backwards because of his contract with Satan, or he only drinks breast milk from a blue whale.”

The new show, Reynolds claimed, is part of the Ant-Man universe. “It’s Marvel Phase 16, which everyone is saying is, like, way more relatable,” Reynolds said.

Watch the segments above and below.