SACHA Baron Cohen has taken on his grittiest role yet in the first trailer for Netflix film The Trial of the Chicago 7.

The 48-year-old comedian plays American political and social activist, Abbie Hoffman, an anarchist who was a big name in the Flower Power movement in the late 1960s. 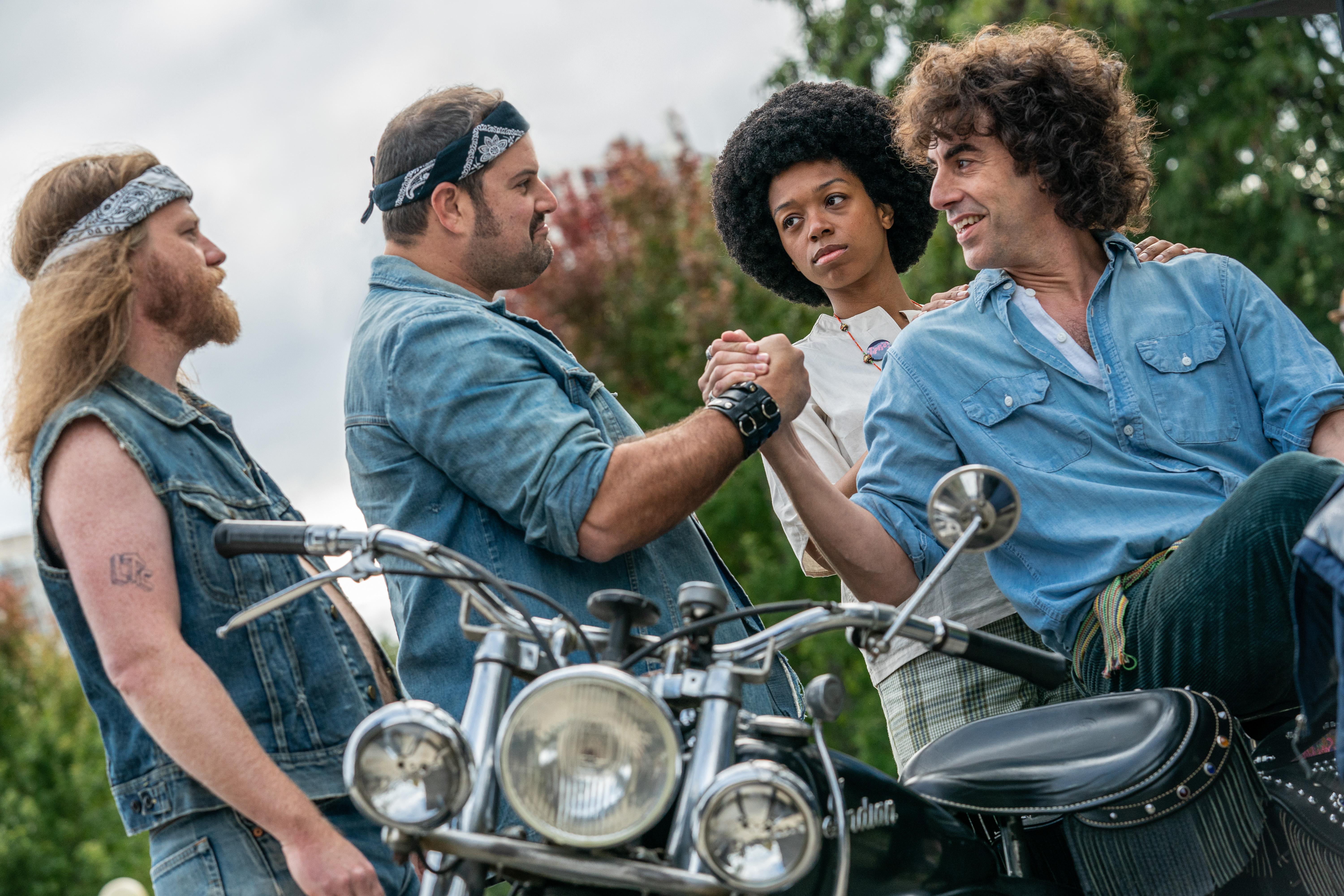 The film follows his trial alongside six others who were all charged by the federal government with conspiracy, inciting to riot, and other charges related to anti-Vietnam War and countercultural protests.

These protests took place in Chicago, Illinois during the 1968 Democratic National Convention.

The trailer sees the tension rising between protesters and the police, with the crowd chanting "the whole world is watching" playing out over the action.

At one point, the protesters are branded "a threat to national security", while Sacha says at one point: "It's revolution…we may have to hurt someone's feelings." 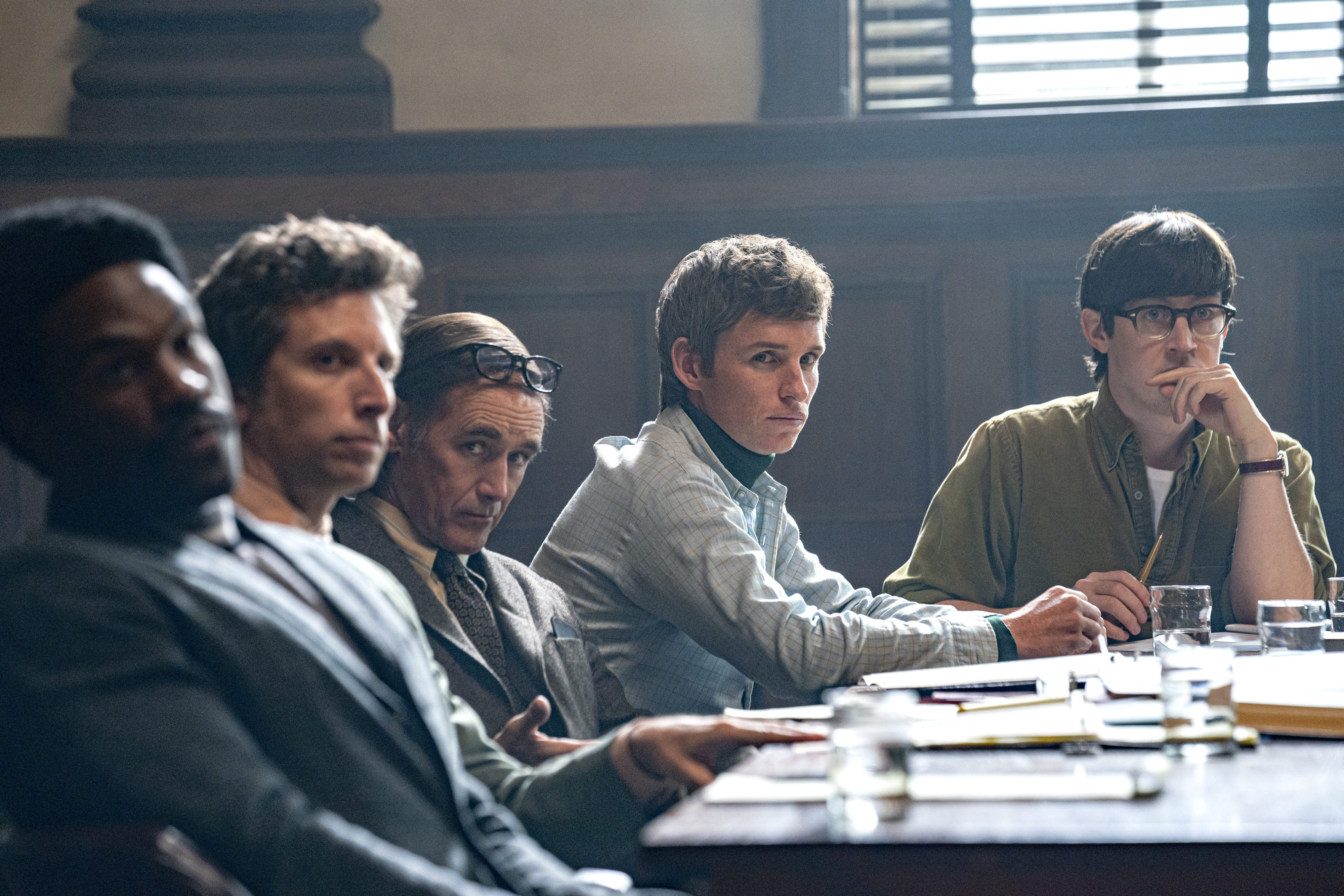 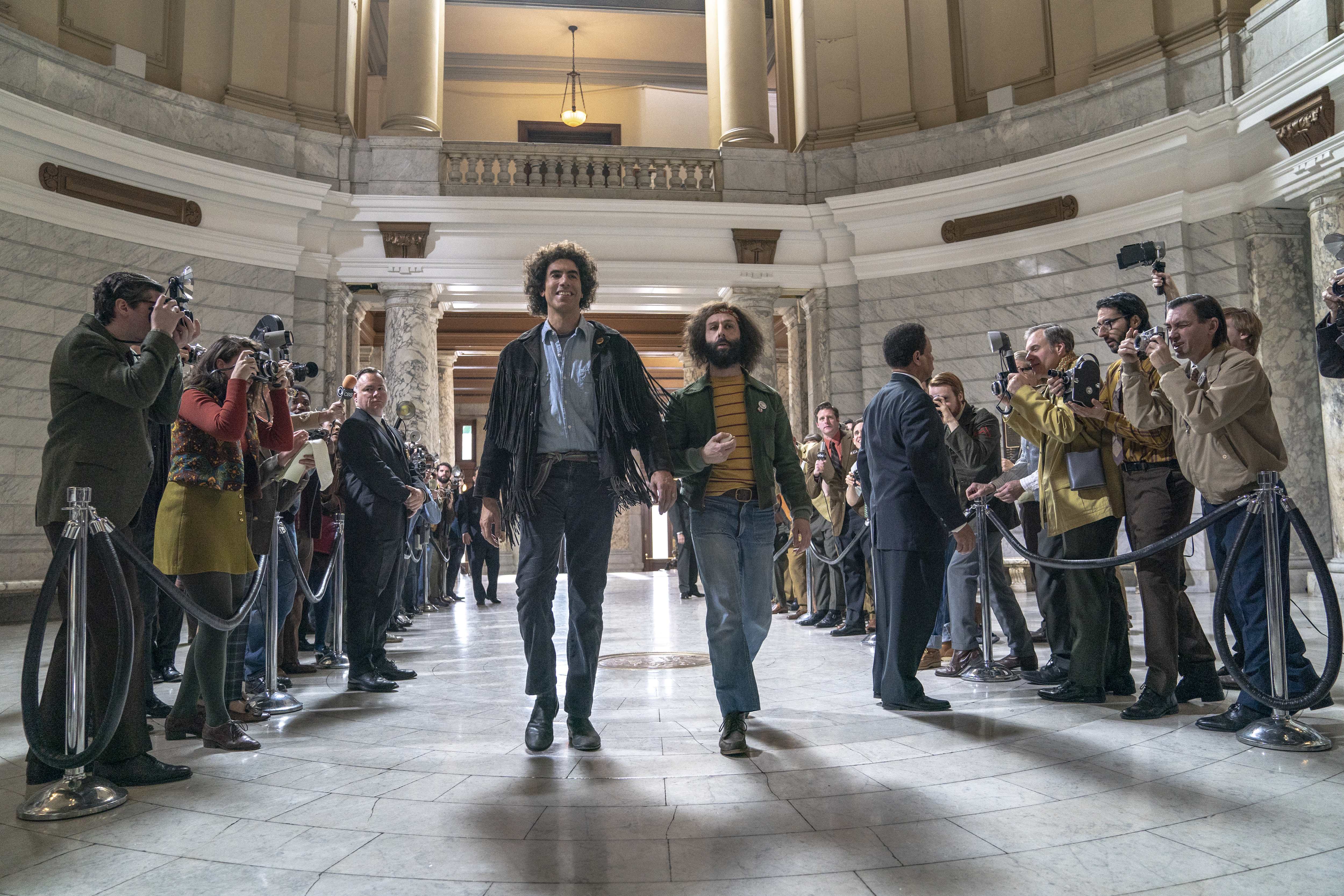 As the riot scenes flash on screen, Sacha's character is seen on the stand in the court room being asked if his hope when he arrived in Chicago was to "draw the police into a confrontation".

Sacha's character pauses, leading the lawyer (Joseph Gordon Levitt) to say: "I'm concerned you have to think about it."

He replies dryly: "Give me a moment would you friend, I've never been on trial for my thoughts before."

Sacha ditches the elaborate and over-the-top characters he became famous for – including Borat and Bruno – to take on the real life role alongside a stellar cast including Eddie Redmayne, William Hurt and Michael Keaton. 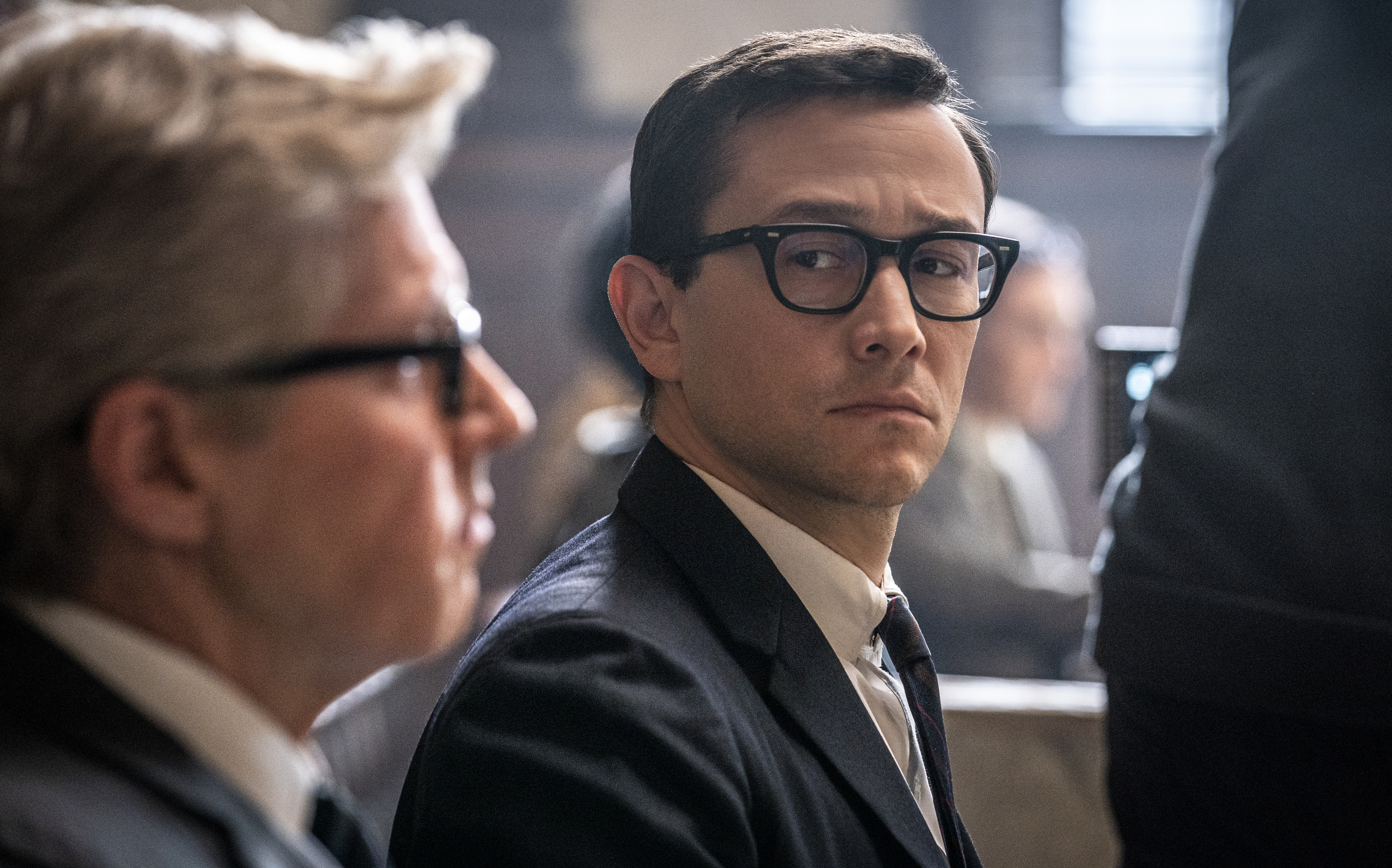 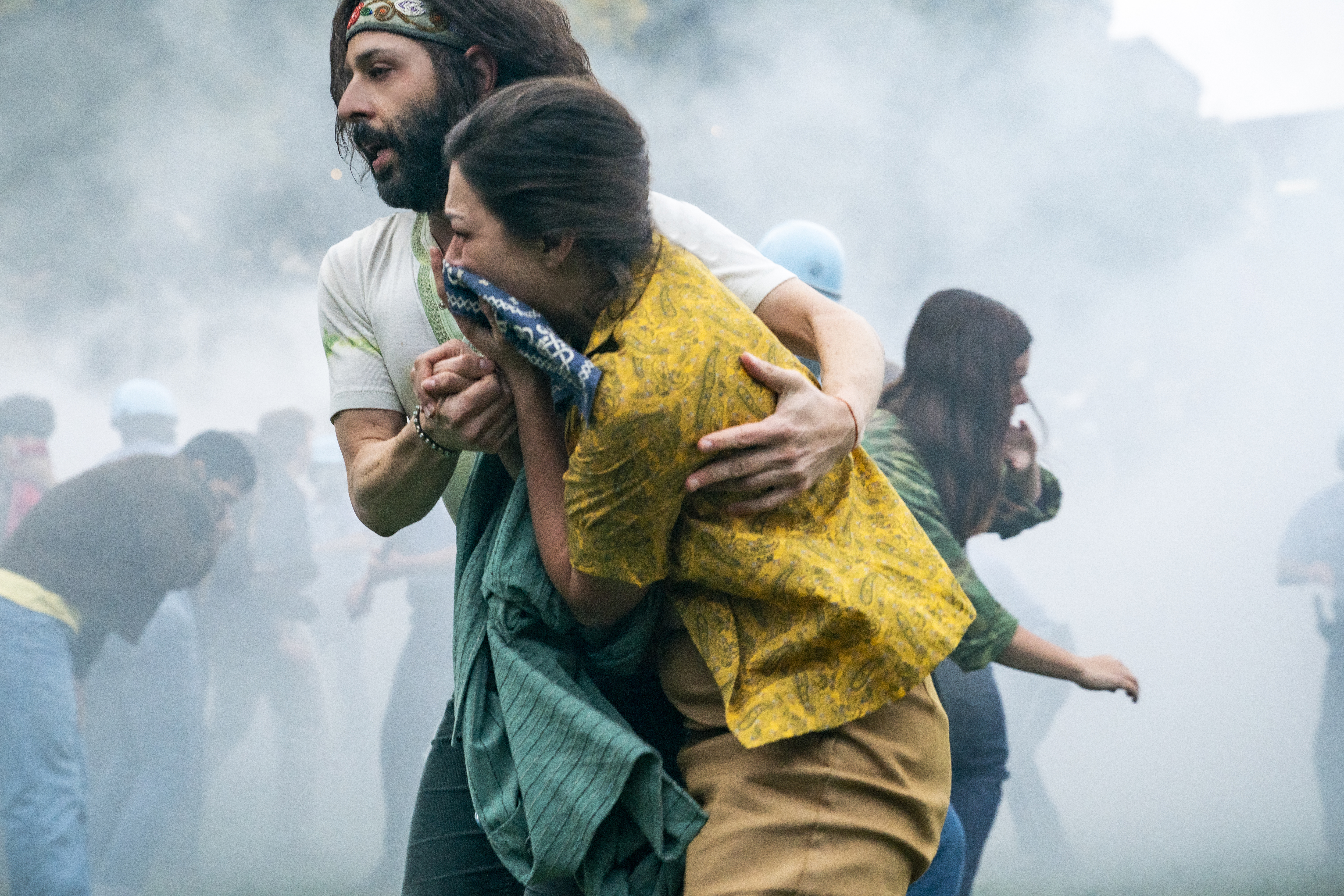 The film is written and directed by Aaron Sorkin, who won an Oscar for writing The Social Network as well as nominations for his work on Moneyball and Molly's Game.

The film has been a labour of love for Aaron, who first wrote the screenplay in 2007.

Steven Spielberg was originally set to direct it, but the 2007 Writers Guild of America strike lead to him dropping out but after getting some directing experience under his belt in the subsequent years, Aaron decided to put himself at the helm of his latest project.

The Trial of the Chicago 7 premieres on Netflix on October 16.