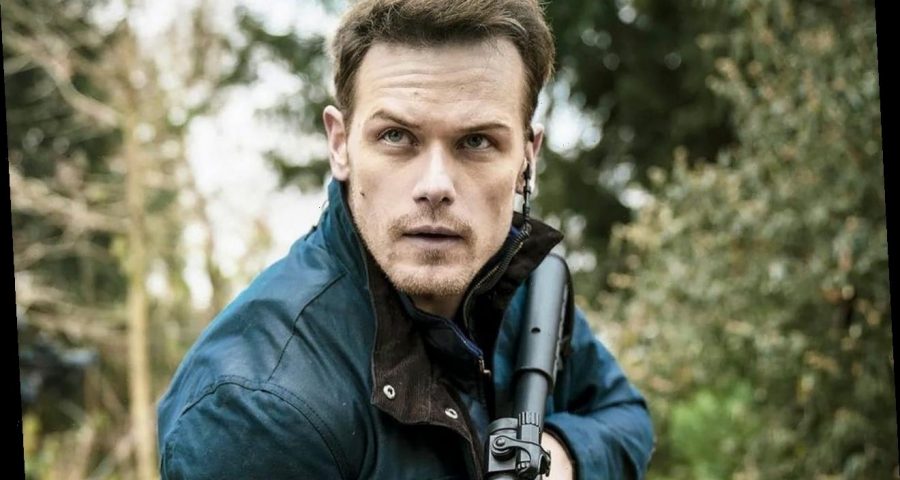 The ‘Outlander’ actor reveals he learned ‘scary’ military skills as he prepared for his role as a special forces operator for a new British action thriller.

AceShowbiz –Sam Heughan knows how to kill someone with a mobile phone after learning military skills from author Andy McNab.

“The Outlander” star plays special forces operator Tom Buckingham in action-thriller “SAS: Red Notice“, based on the book of the same name by McNab.

He prepped for the role by meeting up with McNab and was stunned by his incredible skills.

“It’s in the movie – killing someone with a mobile phone. How do you do that? Andy will tell you exactly how to do that. He’ll show you as well – which is awful,” he told Digital Spy.

“It’s kind of scary to be with someone who has these abilities, who has this experience. But also someone who’s so charming and outgoing and open about it. It’s fascinating. You can’t help but be swept up and intrigued by his world. I know that we worked really hard to make the movie really authentic.”

He continued, “This is all very true, you know? These mercenaries, these grey areas of political manoeuvring. And then the characters as well – which side they fight on. It’s really dictated by the game, and the rules of the game.”

The movie is also supported by the likes of Ruby Rose, Andy Serkis, and Tom Wilkinson.

It follows a SAS operator trying to save hostages captured by a small army of well trained criminals who have hijacked the Eurostar deep beneath the English Channel. The group plan to blow up the English Channel declaring economic war on a government with plenty of their own secrets.