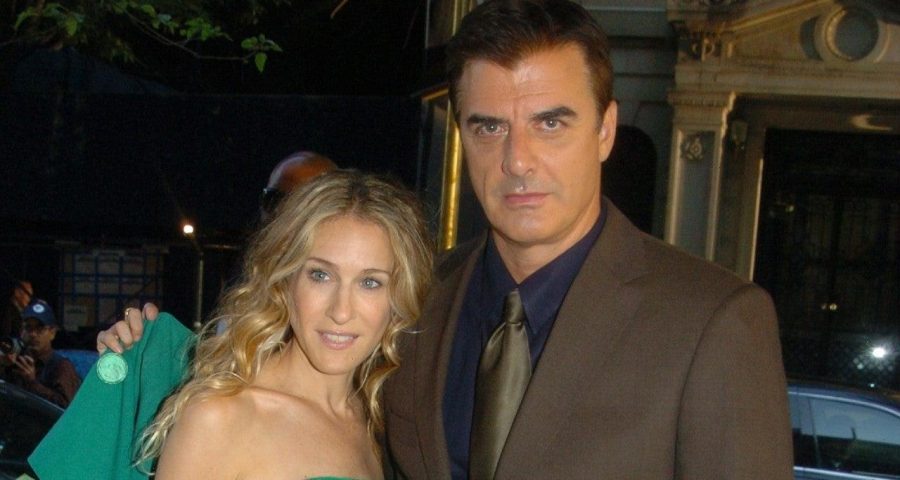 Carrie and Big have reunited! Less than a week after Sarah Jessica Parker and Chris Noth were spotted on the New York City set of HBO Max’s Sex and the City revival, And Just Like That…, the onscreen couple took to Instagram to share pics of their reunion.

The actors starred as Carrie Bradshaw and John James “Mr. Big” Preston, an on-again, off-again couple, throughout the show’s 10 season run. The pair finally tied the knot in the series’ 2008 flick, and continued their relationship in the film’s sequel two years later.

In Parker’s post, Carrie smiles happily as Big sweetly holds her face. Big’s wedding ring is visible in the shot, a fact that’s of note as some fans have expressed concern that the revival may serve to break up the pair.

Noth, 66, commented on Parker’s photo with several whiskey glass emojis, before sharing a pic of his own. In Noth’s pic, Carrie has her arm wrapped around Big’s neck as the pair sit side-by-side.

“Together again!” Noth wrote alongside the pic.

Earlier this month, the actors were spotted on set, with Parker’s Carrie wearing a polka dot skirt, fitted backless top, and a pink headband and heels, while Noth’s Big looked dapper in a suit. 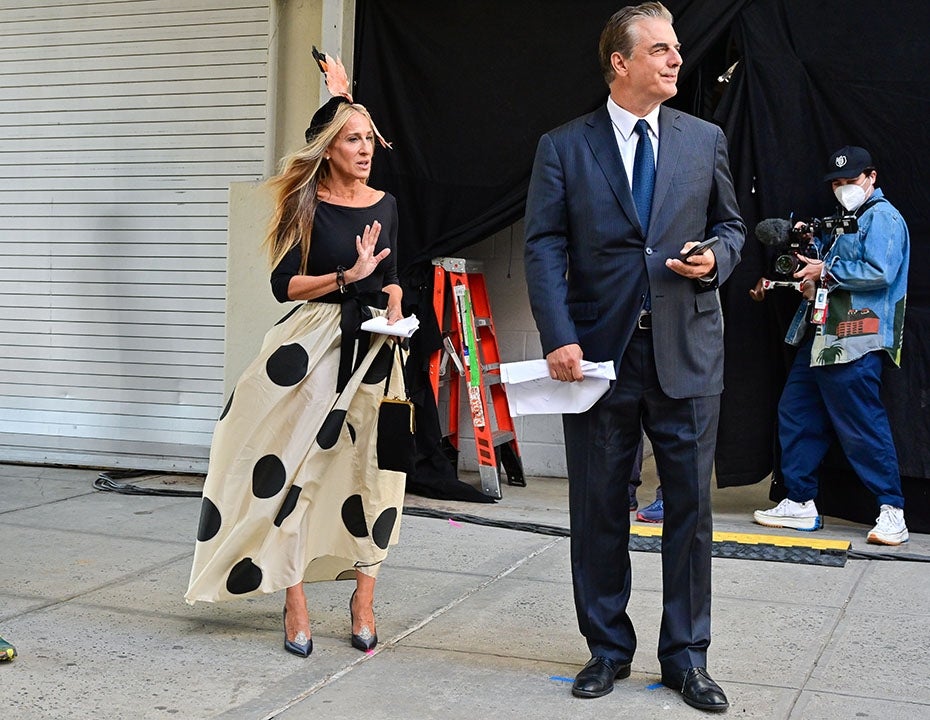 In a June interview with Yahoo Finance Live, Noth admitted that he was initially “hesitant” to reprise his role.

“It was a little bit of a sort of creative negotiation because I didn’t really feel I had anything to offer in that role again,” he explained. “It kind of felt like I had done it. But [executive producer] Michael Patrick King is just an incredible writer and has incredible creative ideas. Once we got together and talked about the potential of what we could do with the character, I was all in.”

While fans know that Big is appearing in the reboot, his storyline with Carrie is less clear. However, Bridget Moynahan, who starred on the show as Big’s ex-wife, was recently spotted on the revival’s set, and John Corbett, who played Carrie’s ex, Aidan, has confirmed  that he’s reprising his role.

Watch the video below for more on And Just Like That…