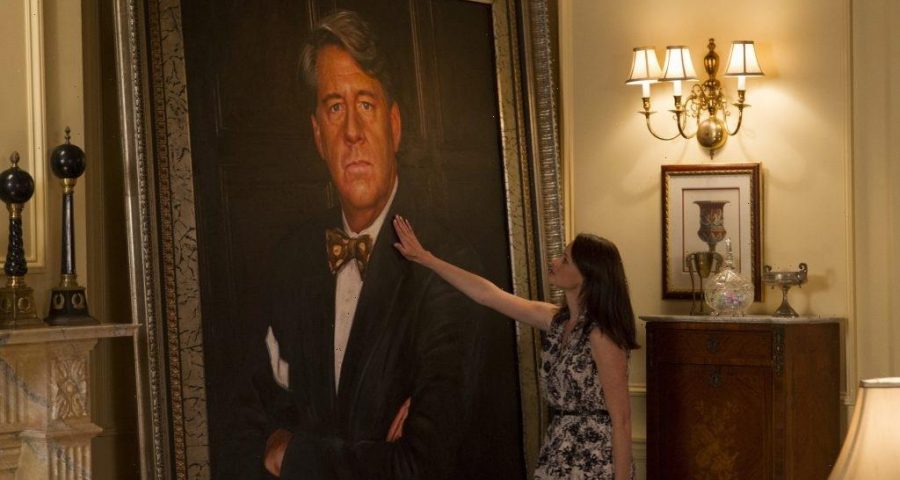 Sean Gunn is known in Hollywood for several iconic roles. He has appeared in the Guardians of the Galaxy franchise and appears in the upcoming, The Suicide Squad as Weasel. Still, to Gilmore Girls fans, he’ll always be Kirk Gleason. Gunn’s goofy and eccentric portrayal of Kirk offered Stars Hollow a new dimension. Recently, Gunn sat down with Scott Patterson and revealed his favorite scene from the show’s seven-season run. He also announced that he received advice from the most veteran cast member before performing it.

Gunn sat down to discuss Gilmore Girls for Patterson’s new podcast, I Am All In, on May 17. During the interview, he happily dished about his favorite scene of all time. He told his former castmate that playing Tevye in an elementary school production of Fiddler on the Roof was his favorite moment. In season 5, episode 15, “Jews and Chinese Food,” Kirk agrees to take on the role when none of the third graders in Stars Hollow were up for it. The rest of the parts went to young children.

In the same episode, Luke and Lorelai Gilmore attempt to navigate living and working in Stars Hollow following their breakup. While standing backstage during the production, Luke seems to realize just how much he misses Lorelai. The couple gets back together in the following episode, “So…Good Talk.”

Gunn’s favorite scene happened to be included in a fan-favorite episode, but the famed actor wasn’t entirely comfortable with Kirk’s storyline in the episode at first. He told Patterson that he wasn’t initially sure how to play the scene. The premise was a bit outrageous. Since he didn’t know what to do, he went to Ed Herrmann for advice.

Gunn said that he asked Herrmann whether he should go for the laugh while on the stage or play the part seriously. Herrmann advised him to “go for it.” Gunn decided to do just that. He played the scene serious and allowed Lorelai and Luke’s moment to remain the focus. It worked out beautifully.

Herrmann portrayed Richard Gilmore for all seven seasons of the series. The award-winning actor sadly died before the cast filmed Gilmore Girls: A Year in the Life. Several members of the cast have paid homage to Herrmann since his death.

Would Sean Gunn return for a second Gilmore Girls revival?

Gunn reprised his role in the 2016 Netflix revival, Gilmore Girls: A Year in the Life. While he’s moved on to bigger productions in recent years, it sounds like he is still interested in returning to Stars Hollow. Gunn has appeared fairly regularly at fan festivals for the show. In 2017, he said that he’d love to play Kirk again if scheduling allows.

So far, no new episodes are planned. While Netflix, Amy Sherman-Palladino, and several of the main cast members have expressed an interest in doing more with Gilmore Girls, there is no movement on an actual production. However, fans can be sure that Patterson, Lauren Graham, and Keiko Agena would all be all in if it does happen. Graham portrayed Lorelai for all seven seasons, and Agena took on the role of Rory Gilmore’s best friend, Lane Kim.