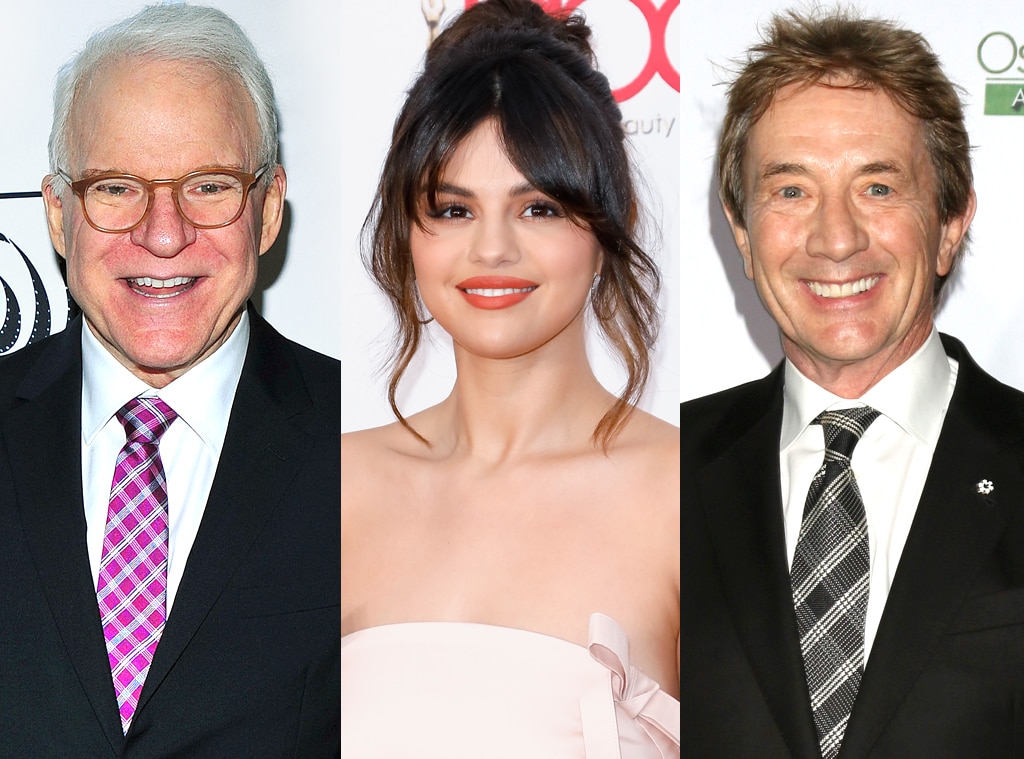 What a time to be a fan of Selena Gomez!

First the new song, then the new music video, then the trailer for her HBO Max cooking show, and now the announcement we've really been waiting for: She's coming back to comedy. Gomez will star in the new Hulu show Only Murderers In The Building alongside Steve Martin and Martin Short, and while there are no specific details on her character yet, the show's premise already has us ready to hit play.

Per Hulu, "The series follows three strangers (Martin, Short and Gomez) who share an obsession with true crime and suddenly find themselves wrapped up in one."

The show was co-created by Martin and writer John Hoffman, and Gomez will serve as an executive producer alongside Short, Jess Rosenthal, and Dan Fogelman, creator of This Is Us. If that's not enough talent and info to entice you, we're not sure what else we can even tell you.

Hulu first announced that the series was in development in January, and more details were revealed in June as the project received a straight-to-series order.

At the time, the streaming site said the series "follows three New Yorkers who find they have a mutual interest in solving true crime—but limit their amateur sleuthing to only murders in their building."

In a slightly unorthodox statement, Short said he's "so proud to say that this show is already one of the highlights of my career," while Martin is "proud to say it's a blip on the radar of mine."

The Bachelorette's Becca Kufrin and Garrett Yrigoyen Break Up

Gomez' career launched with the Disney Channel comedy Wizards of Waverly Place back in 2007 when she starred as the iconic Alex Russo. She hasn't taken a lead role in a TV series since, though she's also currently starring in her own cooking show that premieres on HBO Max on August 13.

No premiere date for Only Murderers In The Building has been announced.