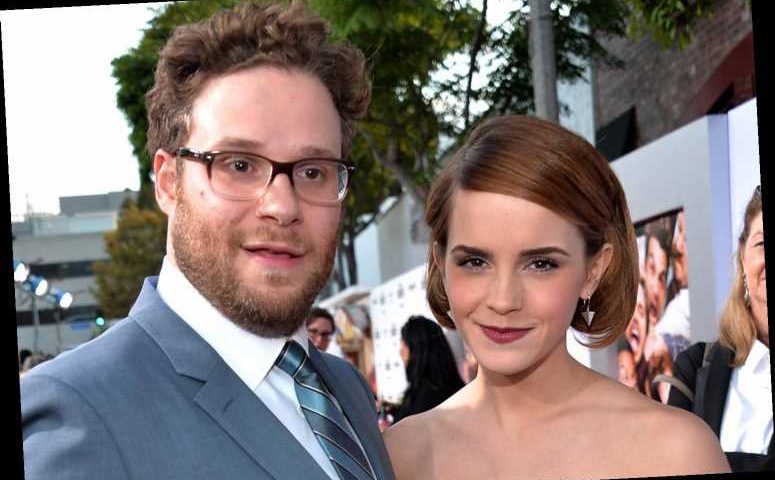 Seth Rogen has confirmed a longstanding rumor about his 2013 comedy This is the End.

In an interview for British GQ's May issue, the actor-director, 38, addressed a storied incident involving Emma Watson — who allegedly walked off the set of the film after refusing to shoot a scene in which Danny McBride is a cannibal and is holding Channing Tatum on a leash wearing a leather mask as his gimp.

It's true, Rogen told the magazine. But he doesn't hold any hard feelings over it.

"I mean, I don't look back on that and think, 'How dare she do that?' You know? I think sometimes when you read something, when it comes to life it doesn't seem to be what you thought it was," he said.

"But it was not some terrible ending to our relationship," he added. "She came back the next day to say goodbye. She helped promote the film. No hard feelings and I couldn't be happier with how the film turned out in the end."

He also alluded that the scene in the film changed from the version that Watson had rejected, saying: "She was probably right. It was probably funnier the way we ended up doing it."

A rep for Watson, 30, did not immediately respond to PEOPLE's request for comment. The movie, about six Los Angeles celebrities who get stuck in James Franco's house after the apocalypse, was a directorial debut for Rogen and Evan Goldberg, who would both go on to also direct 2014's The Interview. They had previously written a number of hit comedies together, including Superbad and Pineapple Express.

In addition to clearing up some rumors, Rogen also got candid with British GQ about his recreational drug use. According to the outlet, Rogen detailed that he was drinking between the ages of 13 and 23 "as often as I could without derailing my life in any meaningful way."

Rogen shared that he cut out most alcohol "around 10 years ago," deciding to instead take drugs socially.

"Once I grew more comfortable with doing other drugs that were more stigmatized and not worrying about damage in terms of anyone's perceptions of me, there was just a point where I realized I just need to be comfortable doing a quarter tab of molly [MDMA] at this party and not drinking and having a much better time," he said. "Or eating a tiny bit of shrooms at this thing or having a [weed] lollipop."

"The next day I don't have a hangover," Rogen continued. "I'm not throwing up."

"It's just much better for me," he added.