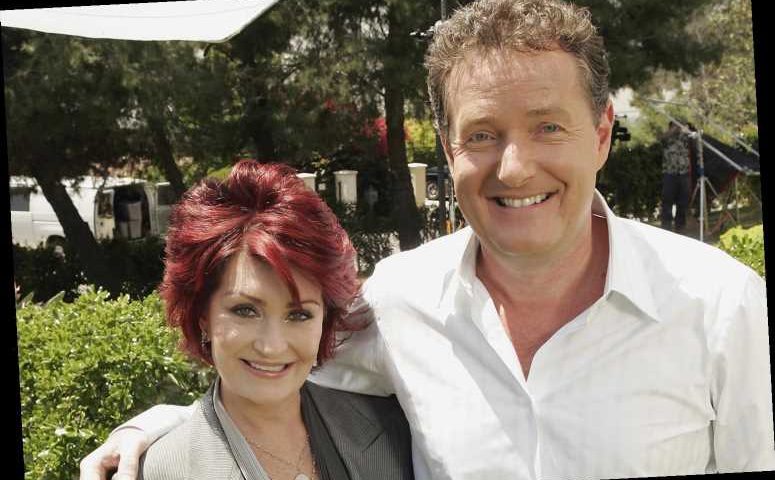 Sharon Osbourne is standing up for her friend Piers Morgan in the wake of backlash following remarks he made about Meghan Markle.

On Wednesday, The Talk co-host said that she's been accused of being racist for supporting Morgan, 55, after his controversial response to Meghan Markle's recent interview with Oprah Winfrey.

"Did I like everything he said? Did I agree with what he said? No," Osbourne, 68, said. "Because it's his opinion. It's not my opinion…I support him for his freedom of speech, and he's my friend."

She continued, "I'm not racist…I don't care what color or what religion anyone is. Are you a nice person? That's what I judge you on." Co-host Sheryl Underwood pushed back on Osbourne's sentiment, asking: "What would you say to people who may feel that while you're standing by your friend, it appears you gave validation or safe haven to something that he has uttered that is racist, even if you don't agree?"

Osbourne teared up as she said that it wasn't fair that she be accused of racism for defending him.

"I very much feel like I'm about to be put in the electric chair because I have a friend, who many people think is a racist, so that makes me a racist?" she continued. "What does it gotta do with me?" "I will ask you again Sheryl, I've been asking you during the break and I'm asking you again, and don't try and cry cos if anyone should be crying it should be me," Osbourne said.

"Educate me!" Osbourne, with tears in her eyes, said. "Tell me when you have heard him say racist things.

Underwood responded that "it is not the exact words of racism, it's the implication and the reaction to it." "To not want to address that because she is a Black woman, and to try to dismiss it or to make it seem less than what it is that's what makes it racist," Underwood said. "But right now, I'm talking to a woman I believe is my friend and I don't want anybody here to watch this and think we are attacking you for being racist."

Morgan made the decision to depart from Good Morning Britain after viewers and his own co-host Alex Beresford berated him for comments he made about Markle, including questioning her authenticity while discussing her mental health.

"I don't believe a word she says, Meghan Markle," Morgan said during Monday's broadcast of the U.K. morning show. "I wouldn't believe it if she read me a weather report and that fact that she fired up this onslaught against our royal family, I think is contemptible."

Then on Tuesday, Morgan stormed off the Good Morning Britain set when Beresford confronted him about his comments.

"I understand that you've got a personal relationship with Meghan Markle or had one and she cut you off. She's entitled to cut you off if she wants to," Beresford said. "Has she said anything about you since she cut you off? I don't think she has, but yet you continue to trash her."

Since the news of Morgan's departure from the morning show, several stars have spoken out in support of the former Suits actress.

RELATED: Jameela Jamil Says She 'Almost Killed Herself' Due to 'Relentless Campaign' of 'Hatred' by Piers Morgan

On Tuesday, Jameela Jamil, 35, called out Morgan in a tweet, writing, "May we NEVER have to watch minorities have to go on mainstream news and have to *defend* their right to be treated with dignity and respect… ever again. All while being screamed over by this man."

Actress Chelsea Handler posted a clip on Instagram on Wednesday from a 2014 CNN interview in which she and Morgan sparred about how he treated her off camera.

"Some a—holes get better, some just stay the same," she captioned the post.