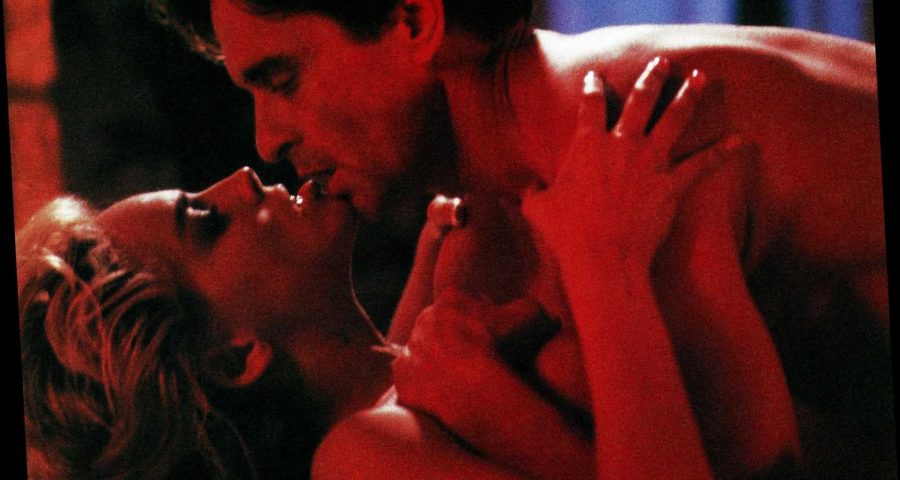 Sharon Stone’s memoir “The Beauty of Living Twice” is the gift that keeps on giving. Among her Hollywood memories: In the opening sequence of her breakout 1992 psychosexual thriller, “Basic Instinct,” we see murderous Catherine Tramell stab her sexual partner to death with an icepick. According to Stone, while shooting the line between reality and fiction became blurred.

“During the shooting of the opening stabbing sequence of the film, at one point we cut and the actor did not respond. He just lay there, unconscious. I began to panic; I thought that the retractable fake ice pick had failed to retract and that I had in fact killed him. The fury of the sequence coupled with the director screaming, ‘Hit him, harder harder!’ and, ‘More blood, more blood!’ as the guy under the bed pumped more fake blood through the prosthetic chest had already made me weak. I got up, woozy, sure I would pass out.”

Stone added, “It seemed I had hit the actor so many times in the chest that he had passed out. I was horrified, naked, and stained with fake blood. And now this. It seemed like there was no line I wouldn’t be asked to skate up to the very edge of to make this film.”

Stone says the role took her to a dark place. “I can say that the role was by far the most stretching that I had ever done in terms of considering the dark side of myself. It was terrifying. I had walked in my sleep three times during production, twice waking fully dressed in my car in my garage. I had hideous nightmares.”

Another anecdote from the making of the film reveals that Stone did not consent to the nude scene, where her character (now famously) opens her legs during a cross-examination. Stone also recalled confronting director Paul Verhoeven about the scene afterward. “I went to the projection booth, slapped Paul across the face, left, went to my car, and called my lawyer.”