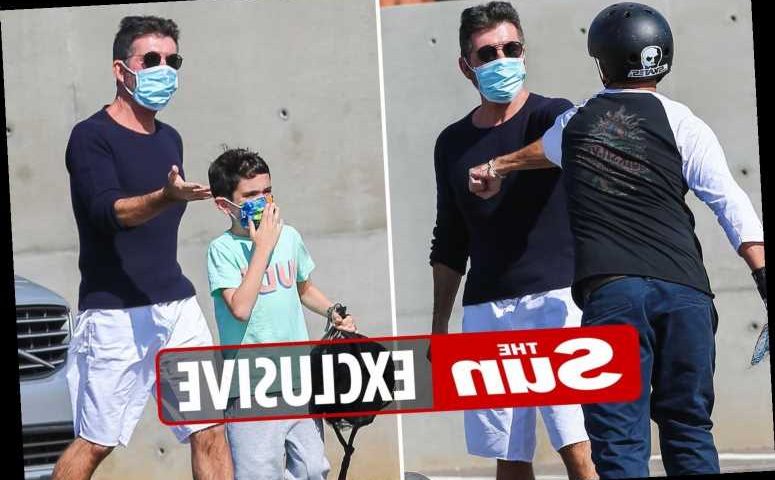 SIMON Cowell looked like he was tempting fate as he visited a skate park – after breaking his back in a bike accident.

The 61-year-old star, who is back in the US ahead of filming on America's Got Talent, wore a pair of large white shorts on a day out. 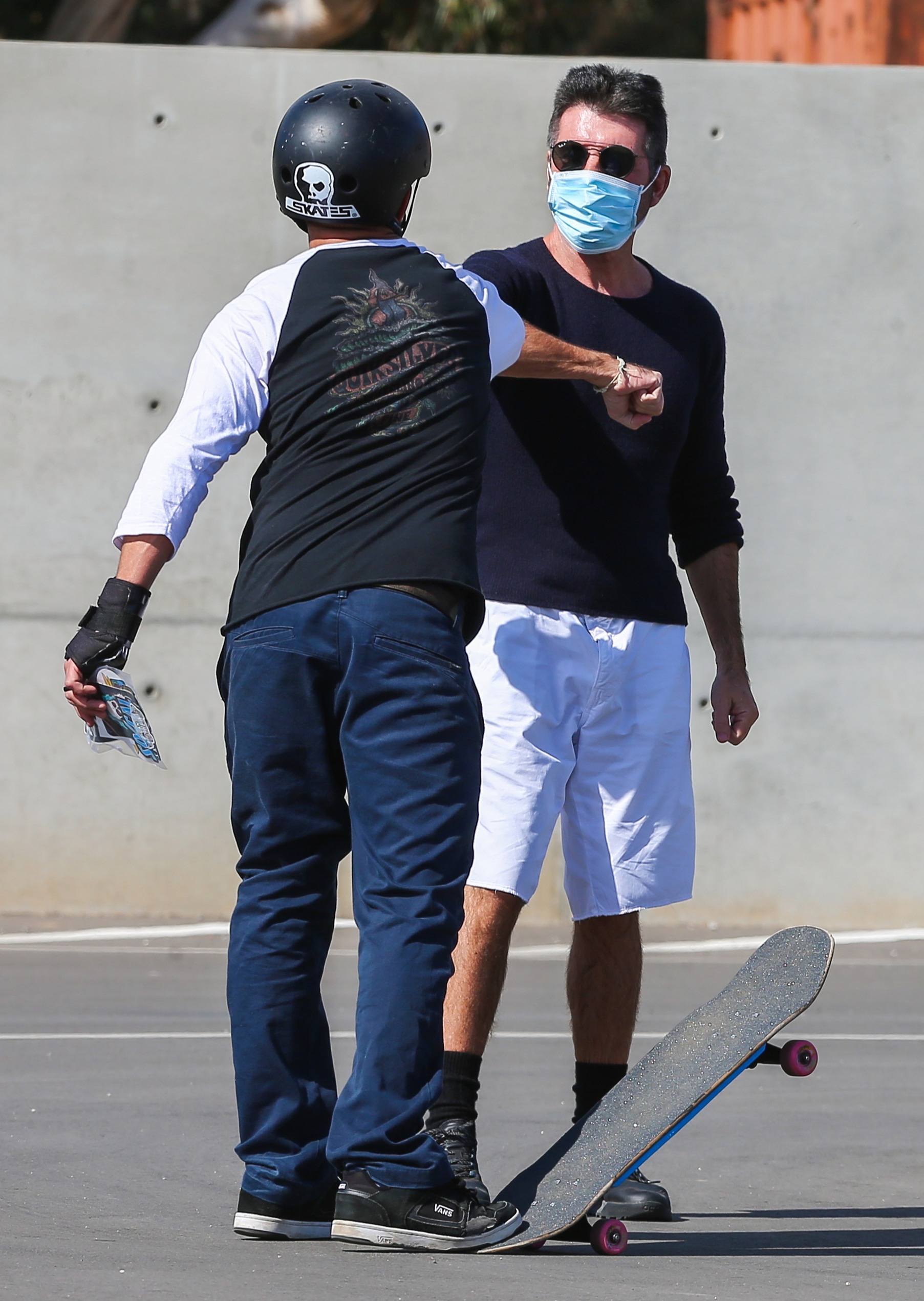 However, he didn't try skateboarding himself, staying firmly on his feet after a nightmare smash that put him in hospital.

The X Factor and BGT supremo and girlfriend Lauren Silverman, 43, were taking son Eric, seven, on a trip.

Simon was seen talking to a skate instructor, and even bumping elbows together, at the City of Malibu skate park in California.

Wearing trainers, black socks, a dark jumper and his face mask, Simon looked like he was giving the man the non-nonsense grillings familiar to viewers of his TV shows. 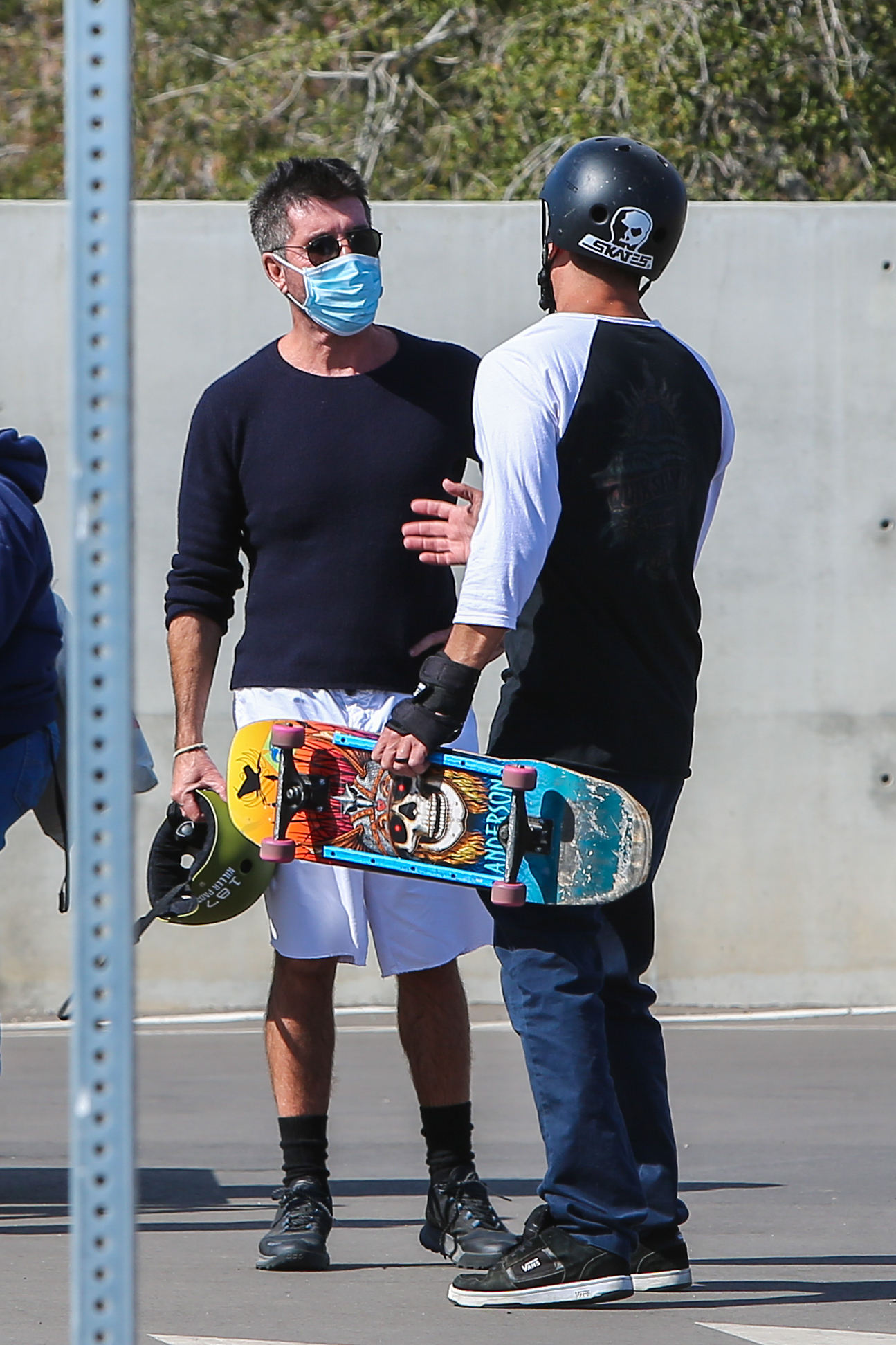 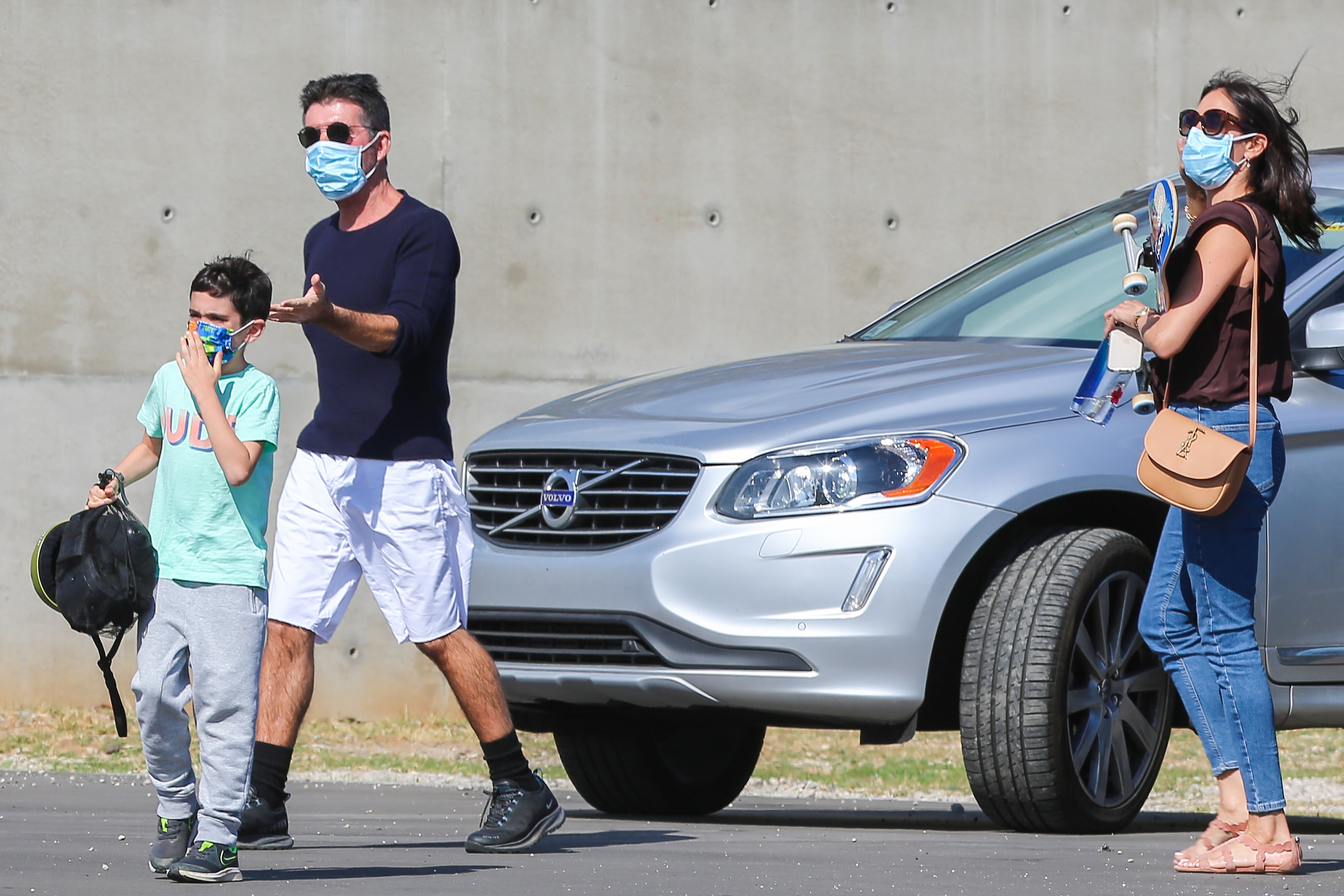 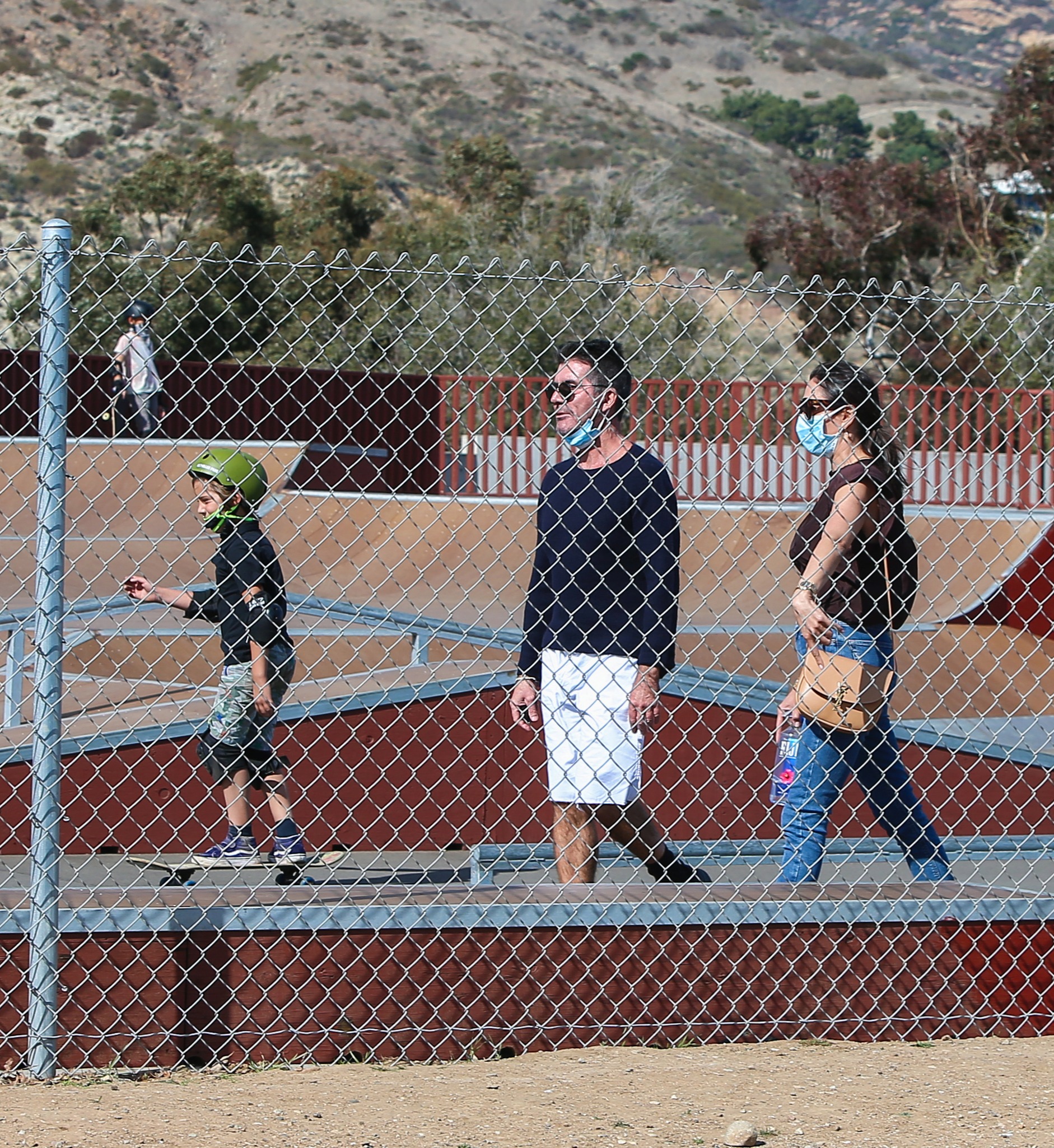 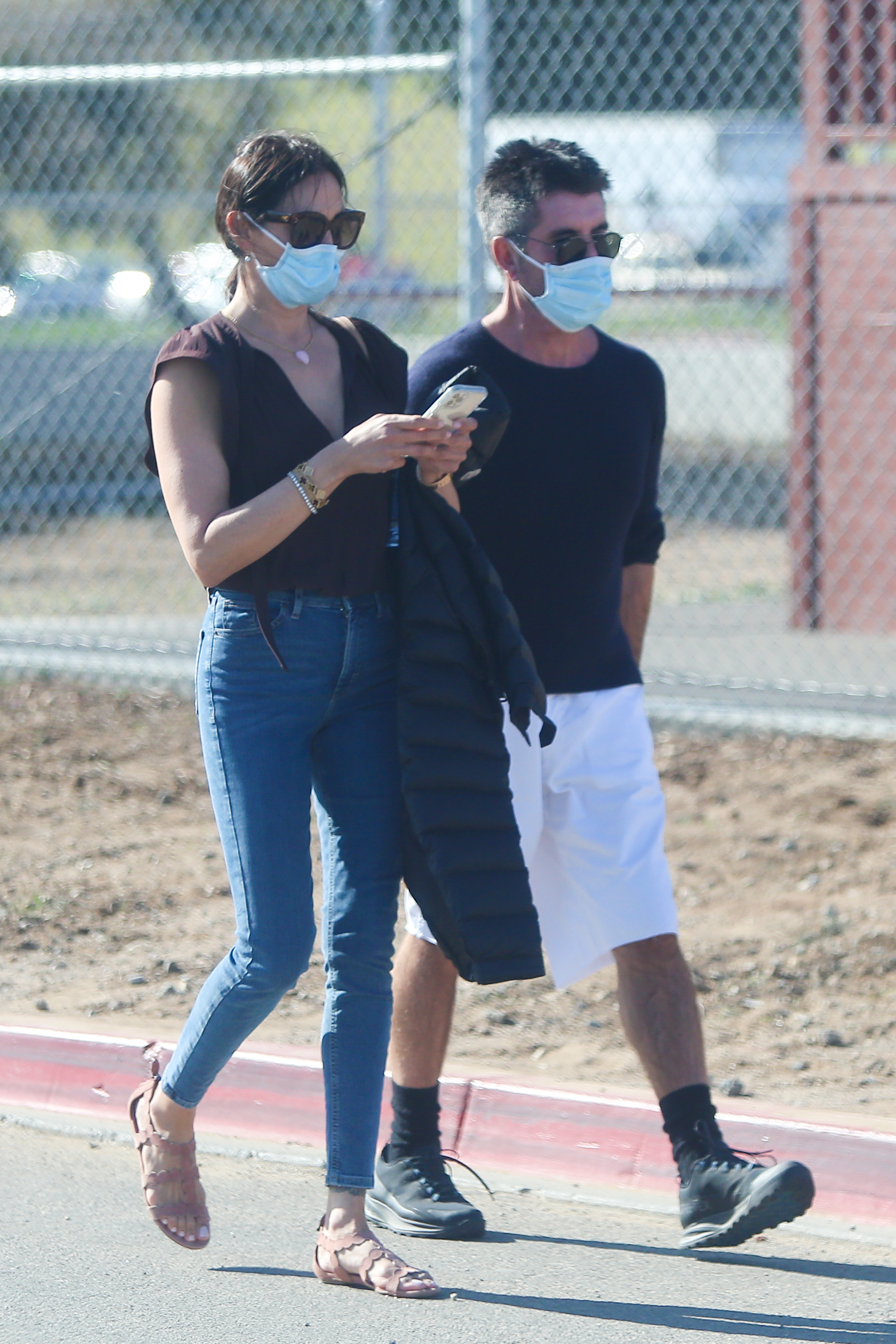 Out exclusive pictures show the family arriving at the park, which can be booked for two-hour slots.

Eric was shown carrying his backpack and a helmet while Lauren had a large skateboard under her arm.

Featuring ramps, rails and jumps for skateboarders the youngster, also wearing a face mask, looked thrilled to be there.

He was later seen wheeling about the place as Simon, in a pair of shades and with his mask down, looked on. 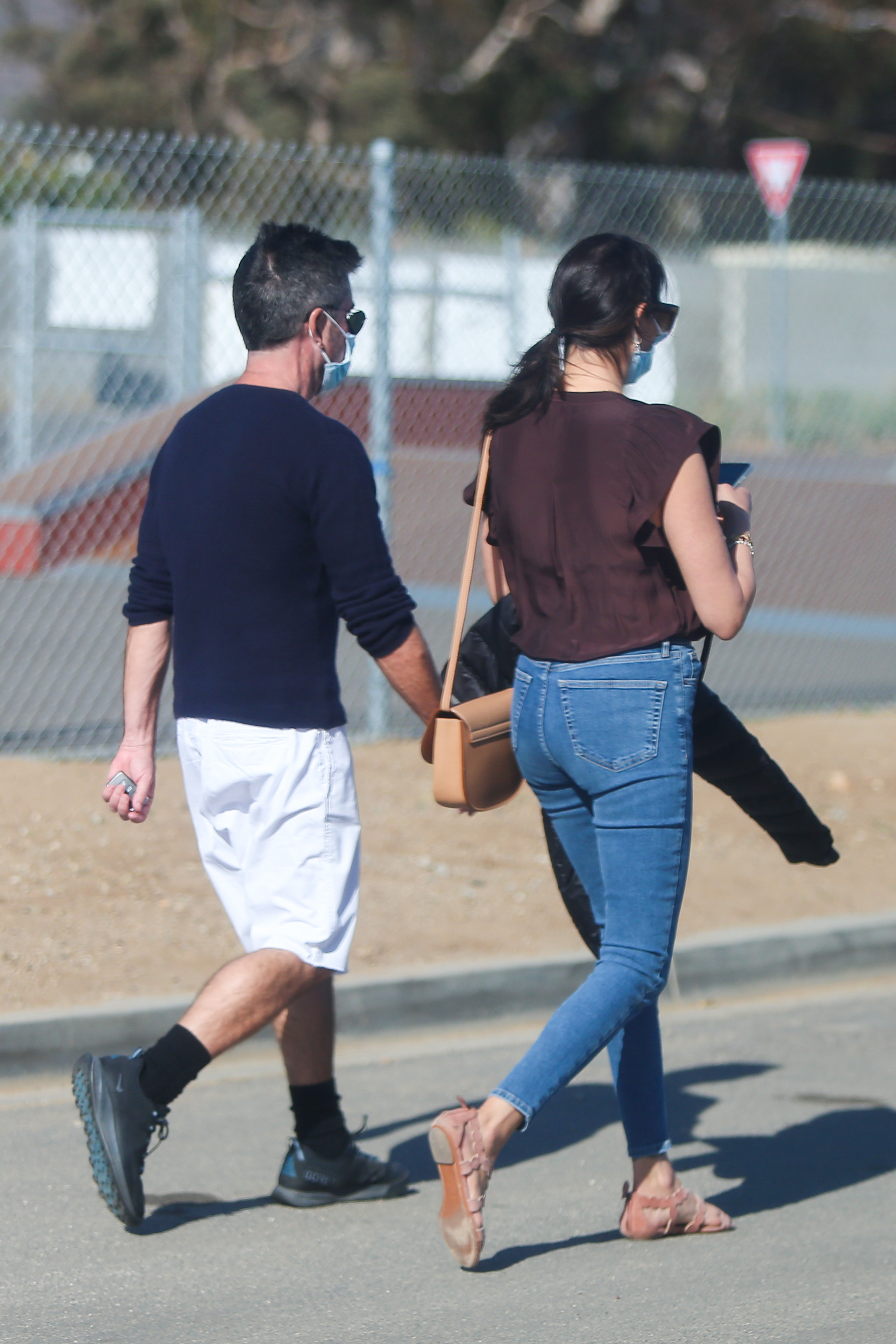 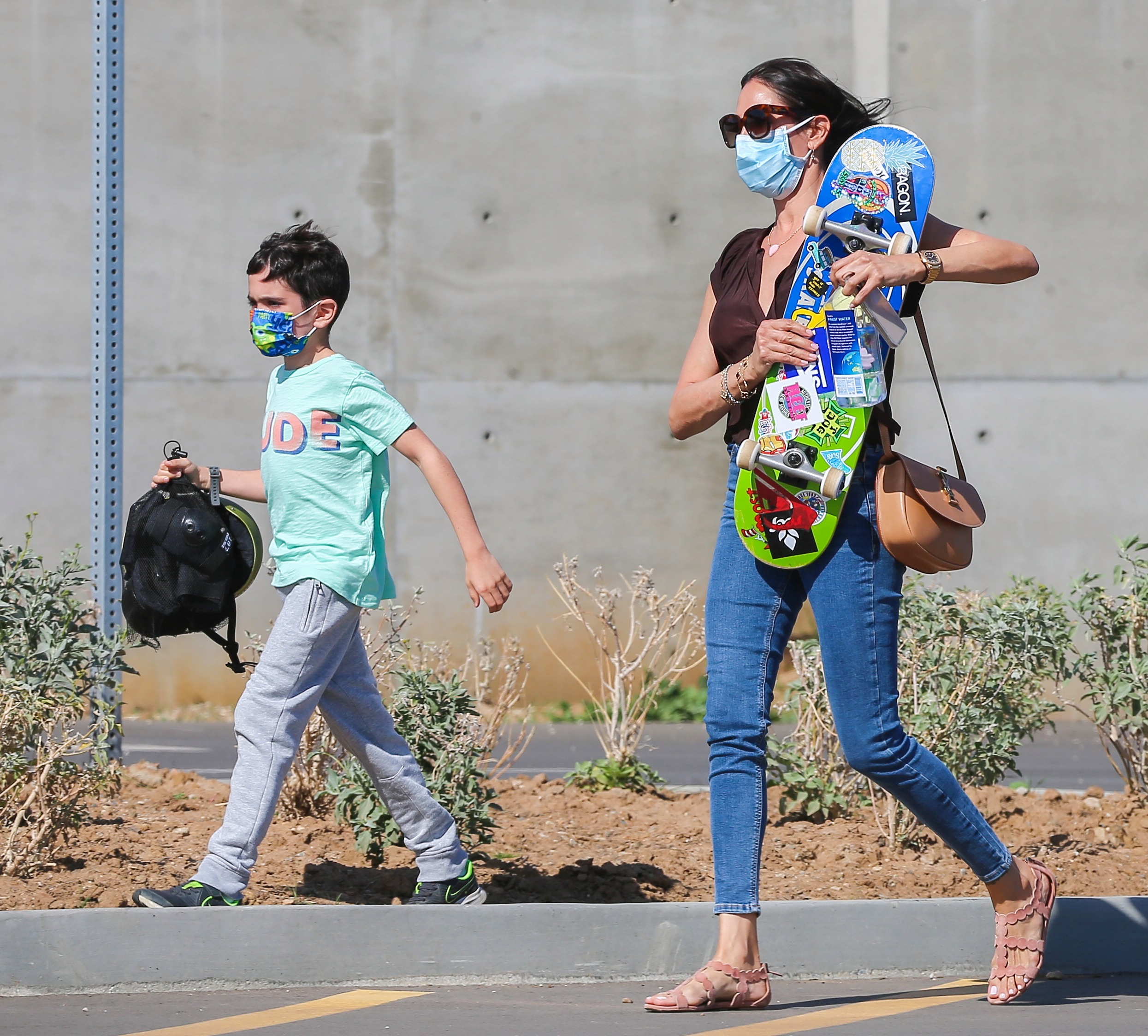 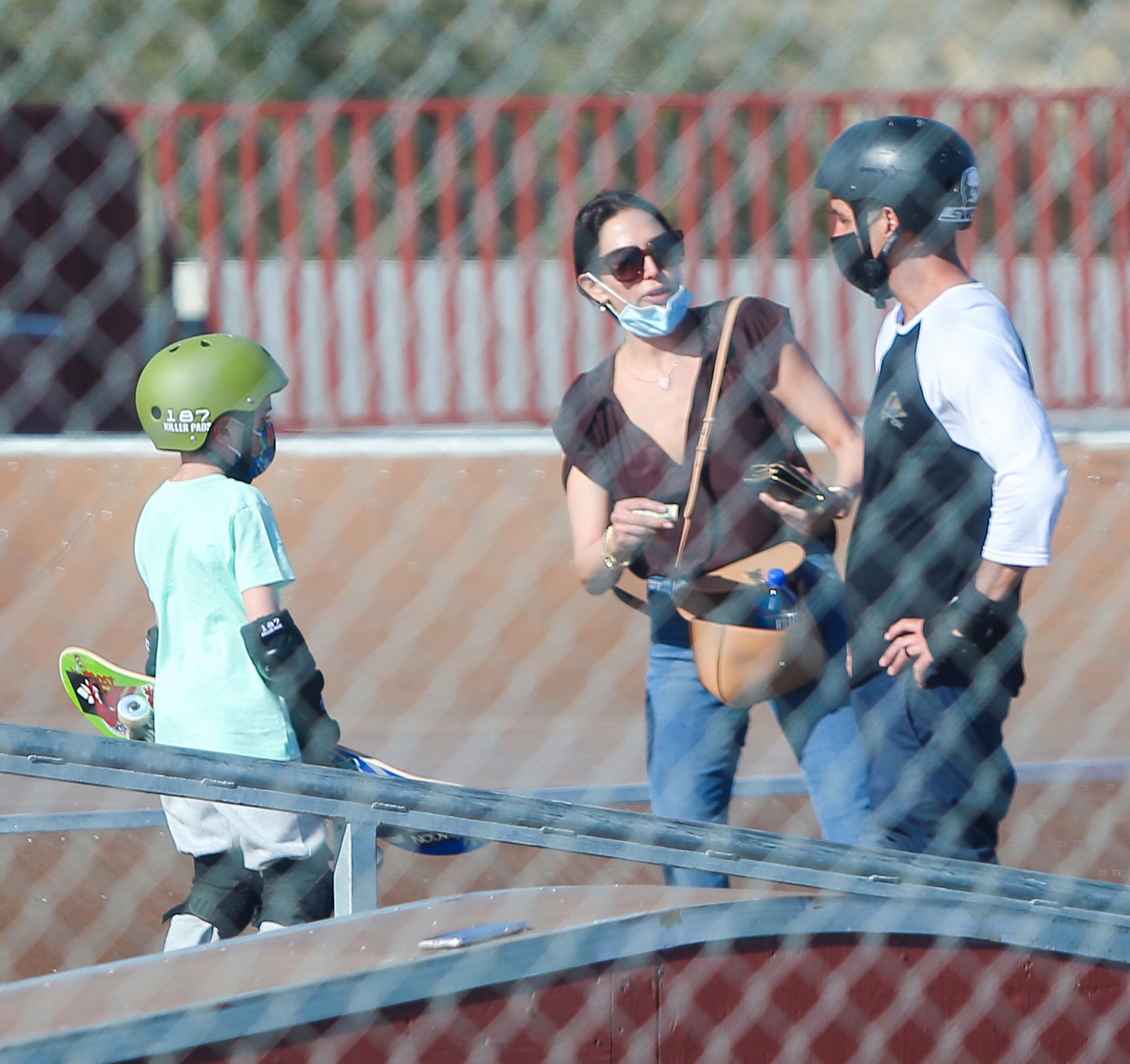 The Sun revealed earlier this month that Simon is returning to America's Got Talent after battling back to fitness in the wake of his injury eight months ago.

He is clocking up around 40 miles a week on the treadmill as he prepares for a return to screens.

A TV source said: “Simon can’t wait to get back to doing what he loves.
He’s been focused on his return for months.”

He was in London at the start of the month, when he was seen puffing on a cigarette alongside Piers Morgan as they went for a walk together.