Sir Rod Stewart appeared on Loose Women on Tuesday and spoke about trying to support his wife Penny Lancaster during her struggle with the menopause, as he admitted he found it ‘frightening’ when he sometimes didn’t recognise her.

Explaining what it was like initially to panellists Charlene White, Colleen Nolan and Brenda Edwards, Sir Rod said: ‘It was frightening because this really wasn’t the person I married. We talked about it, which I think is the most important thing a couple can do and she explained to me, through the tears as Penny likes a cry, and talked it through and that’s what couples have to do.’

He added: ‘Men have got to get on with it, understand and come out the other end.’

Although he admitted he hadn’t discussed with his male friends better ways for them to educate themselves on the menopause because they ‘talk about football’ instead, he did say, if the subject was brought up: ‘I would tell them to be understanding. Some of them should have that talk right now.’

The menopause is when a woman stops having periods and is no longer able to get pregnant naturally. 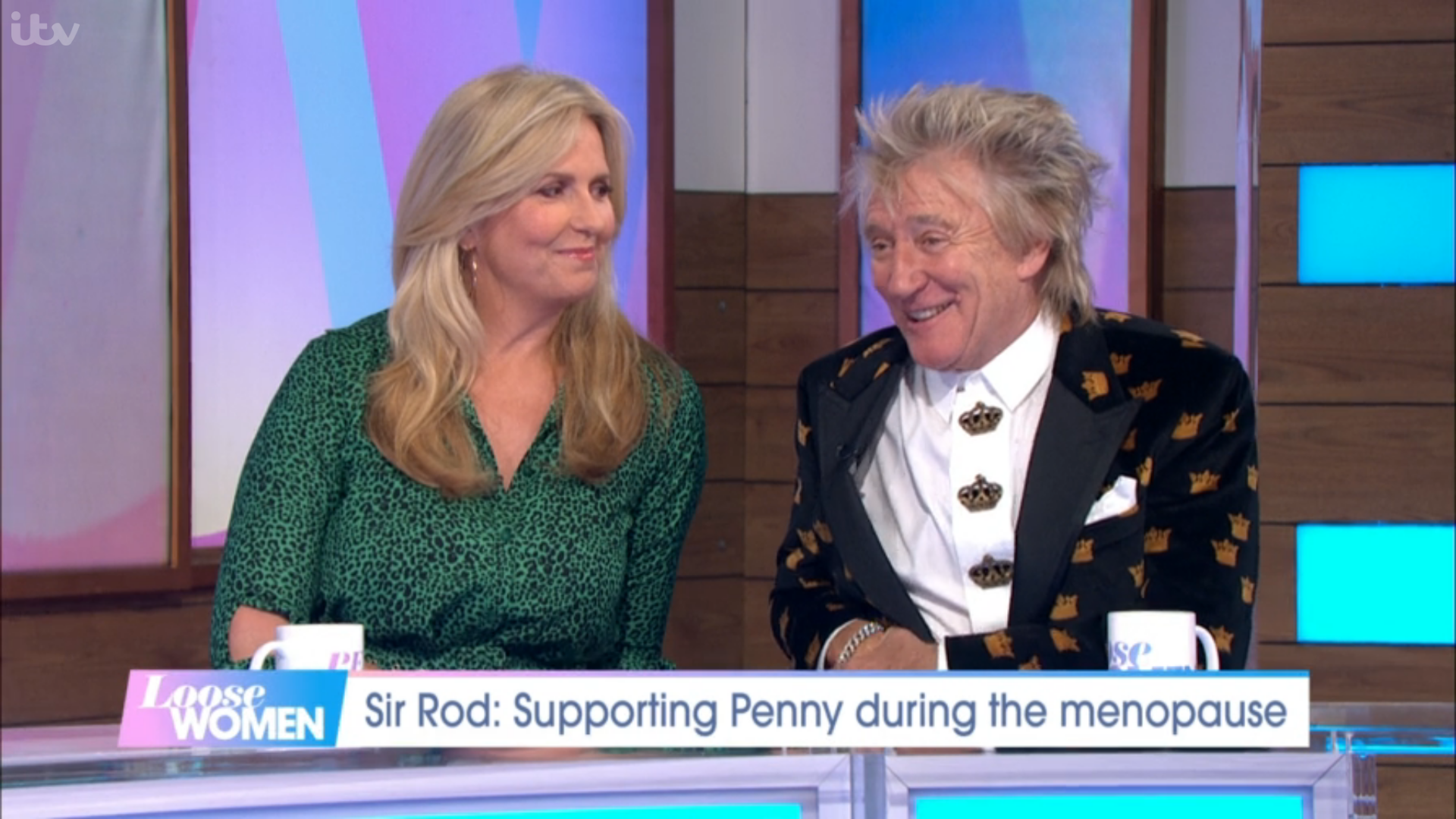 With the couple agreeing Penny was doing much better now she was receiving treatment, he added: ‘So I did my reading and you’ve just got to realise, understand, listen and get ready for flying saucepans around the kitchen!’

About whether educational classes for men on the subject of menopause is a good idea, Sir Rod agreed: ‘Absolutely, it’s a very good way to go.’

The Maggie May singer also shared that some of the tracks on his new album The Tears of Hercules are about his wife.

Talking about ‘precious memories’ in relation to one song in particular, the performer said: ‘When we first met, we went to dinner in Essex where we live and she split a glass of wine over me after about sitting down for 10 minutes – bash, all covered in wine!’

On being a dad to eight children, Sir Rod admitted that he had ‘a naughty winkle when I was a teenager’.

As for fatherhood he said that he ‘had to be eight different fathers’ to his kids.