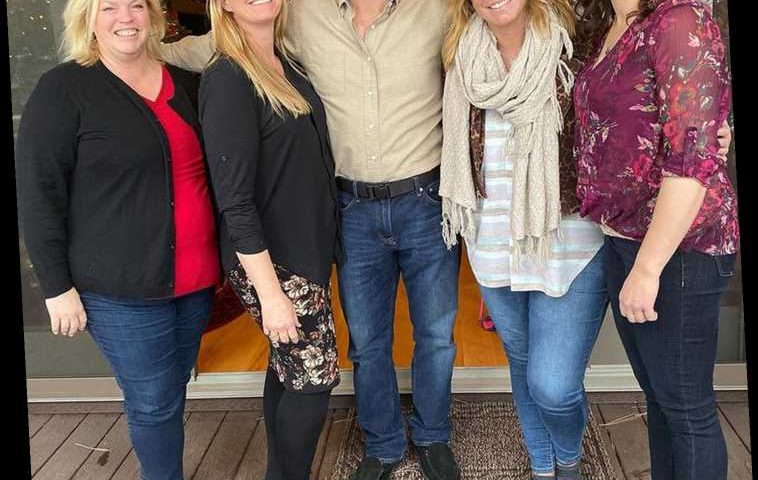 The polygamist Brown family can rest easy when traveling back to Utah.

On the upcoming episode of Sister Wives, Kody Brown and his four wives — Christine, Janelle, Meri and Robyn — celebrate the news that a law decriminalizing bigamy in the state has taken effect. (The bill was signed into law in March 2020 and took effect in May, CNN reported at the time.)

Earlier in the season, the family was fearful as they returned to the place they once called home, where bigamy was a felony at the time. But in PEOPLE's exclusive sneak peek at Sunday's episode, the Browns rejoice over the news they have long waited to tell their children.

"We have some really fun, exciting news to tell the kids today. I'm just so excited," Robyn, 42, says in a confessional, as Kody, 52, adds, "This is news we've hoped to actually give our kids for 10 years or more."

Sitting down with her children, Robyn explains that the new law makes "plural marriage an infraction, which is like, equal to a traffic ticket, which is basically and essentially decriminalizing plural marriage."

Prior to the law, "bigamy was a third-degree felony, legally punishable by up to five years in prison and up to a $5,000 fine," according to CNN.

Janelle, who shares six children with Kody — Logan, Maddie, Hunter, Garrison, Gabriel and Savannah — is relieved, to say the least. "We're like, no longer felons for living our religion," she says in a confessional while reacting to the "surreal" news.

Historically, "for about 50 years after the Mormon pioneers came to Salt Lake in about 1847, they practiced polygamy — it was part of the religion, it was just a thing that was done. It wasn't weird," says Janelle, 51.

But more than 40 years later, in "about 1890, they decided they wanted to try for statehood, so in order to do that they had to outlaw polygamy and it's been illegal ever since," she continues. "For 150 years, we've been felons."

Meri — who was raised in a plural family — says she views polygamy as "basic human rights, civil rights."

"I don't think Kody sharing a bedroom with another adult woman is hurting anybody else," adds the 50-year-old. Kody believes the new law will benefit the plural community as a whole. "It'll get this polygamist community, which is vast and various different groups of people, to open up," he tells cameras.

In a statement to PEOPLE, Kody, who has a combined 18 children with his wives, says he hopes the ruling will "ultimately lead to the freedom of all plural families everywhere." "This change in polygamy law is hard-earned and way overdue as the polygamist community in Utah has been marginalized for over a century. I feel that this is just the first step to destigmatize plural families," says Kody.

"Witnessing the law change last year and knowing it came from legislation is very promising. I hope it will ultimately lead to the freedom of all plural families everywhere. To witness the Utah Legislature make this change gave me both hope and joy, and even a sense of social acceptance," he continues. "It's an indirect victory for so many that worked so hard, but a huge victory still."