Kody Brown and his fourth wife, Robyn Brown, have always seemed to get along. But on the Mar. 8 episode of TLC’s Sister Wives, “A Breaking Point,” fans saw Kody and Robyn have their biggest onscreen fight ever.

When Robyn’s rental home in Flagstaff, the Brown family’snew hometown after moving from Las Vegas, was sold by the owner, the mom offive hoped to find another rental. But Kody insisted they buy a home instead,thus potentially delaying the family’s move out to Coyote Pass, the family’s sprawlingArizona property.

Robyn and Kody fought over renting or buying in front of their five children (three adopted by Kody from Robyn’s first marriage, and two biological) on the latest episode.

Aurora Brown, Robyn and Kody’s 17-year-old daughter, became so stressed during the argument that she had a panic attack. After Sister Wives fans criticized the family for allowing Aurora’s panic attack to be filmed, Robyn took to Twitter to defend their decision. 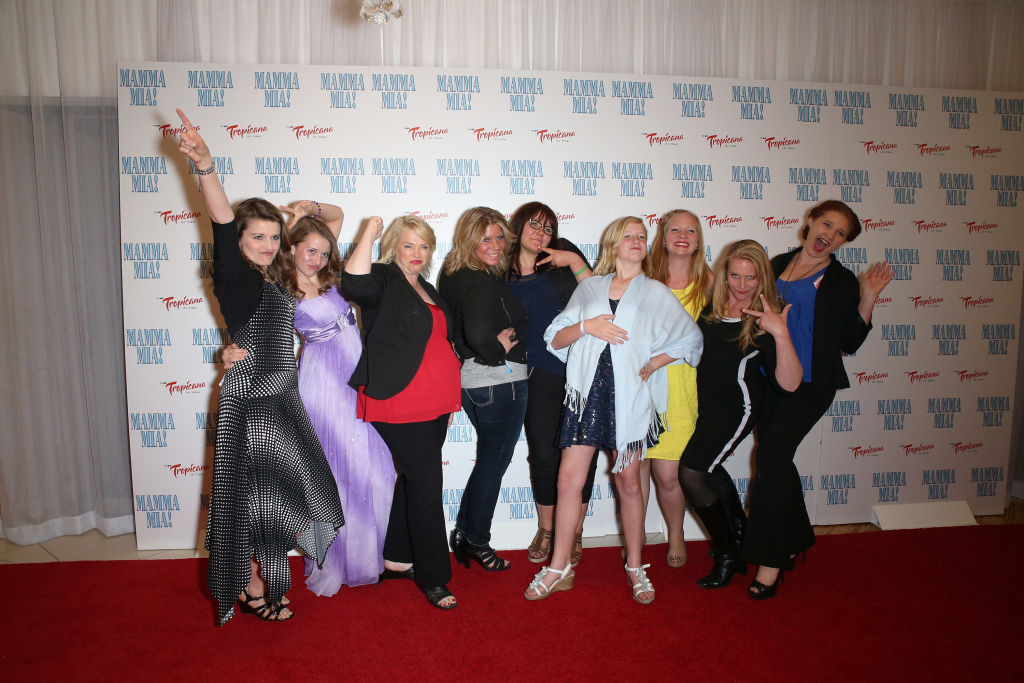 Aurora described her panic attacks after watching her parents argue

As Kody and Robyn began to bicker in front of their kids,Aurora started to twitch—an obvious “tell” for the start of one of her panicattacks, which she described as happening “four to five times a week” in recentmonths.

“Aurora’s panic attacks are sometimes triggered by stress,”Robyn explained. “If she has a high stress situation, she will have a panicattack,” Kody agreed.

And, according to Kody, Aurora’s anxiety was particularly linked to his relationship with Robyn. Because he and Robyn were Aurora’s “safe place,” the Sister Wives star said, “It stresses Aurora out when Mom and I are not totally in love and harmonious.” He explained that, during her panic attacks, Aurora felt unable to walk or even speak.

The teen’s voice began to quiver as she asked her parents tocalm down. “Can you stop the word battle, or power?” she asked nervously.

Kody finally carried Aurora out of the living room and up toher bedroom as she struggled to regain control of her breathing. “We just needto get her out of this room, we just need to get her up to her bedroom,” Robyn declared.

Aurora herself opened up about how it felt to have panicattacks, and even the guilt she sometimes felt about them. “I still struggle toconvince myself that I’m not the one causing it,” the Sister Wives staradmitted. “Like I’m not the one instigating it. And knowing that it’s not myfault is not a bad thing, it’s just hard.”

As for what it felt like to have panic attacks, Aurora explained that it was pure overwhelm. “My mind starts going a million miles an hour and nowhere at all,” she told Sister Wives producers.

The last time I was at the Grand Canyon Aurora was 6 months old and still my breast buddy. Hehe! This summer flew by and I didn’t get to do much with my kiddos because of all that had to get done for the move so I was happy that we were able to go together. I have the most beautiful children. (Yes I am bragging). These are some of my favorite photos from our little trip. #grandcanyon #ilovebeingamom #awondefullife #godmakessomecoolthings

While some Sister Wives fans expressed empathy for Aurora’s panic attacks and shared stories about their own mental health symptoms, others thought the Brown family shouldn’t have allowed their minor daughter’s panic attack to be filmed.

“I bet you people are really proud of yourselves,” onecritic wrote on Twitter after the episode. “Exploiting a kid having a panicattack to keep the money rolling is just gross. Is there anything you won’t doto keep Kody flush with cash?”

Another Sister Wives viewer agreed that it was an inappropriatemoment to film, writing, “So let’s have our daughter’s panic attack betelevised…that’ll help things along.”

Yet another fan wrote onTwitter, “Can’t believe you would allow your child to be filmed during herpanic attack.”

Meanwhile, other Sister Wives fans thought Aurora’spanic attack was clearly triggered by Robyn and Kody’s argument. Severalwondered why her parents would choose to fight in front of her in the firstplace, given that they knew about her mental health symptoms.

“Maybe try to keep some of the stress off your daughter byNOT involving the kids in adult discussions?” one viewer wrote.“Did you cause last night’s attack? Well, you certainly contributed to it,based on what we saw.”

Another fan argued that Kody and Robyn weren’t helping Aurora with her mental health symptoms by involving her in adult issues like real estate and the buying vs. renting debate. “No wonder I connect with the girl I now know is Aurora- I can feel her panic,” the Twitter user wrote. “Sorry Kody is an a** and is contributing to your panic attacks by not handling adult problems as an adult – with adults – away from children.”

These two are peas in a pod. They pretty much ADORE one another and follow each other everywhere. I just start snapping pics today because they are so cute with each other. Their matching wild hair, half moon eyes and infectious smiles make me giggle. #crazyhairdontcare #daddyslittlesweetie #adorable #daddyisthebomb

But Robyn took to Twitter during the Sister Wivesepisode to explain and defend the Browns’ choice to allow Aurora’s panicattacks to be televised.

“Aurora started having real panic attacks when things gotsuper stressful when were told we had to move,” Robyn began.“It was hard for her to think about moving again and she had a lot going onsince it was her junior year. It was super hard to see her struggle.”

The 41-year-old continued by describing the mental health treatmentand support her teen daughter was receiving to help with her panic attacks. “Shehas seen doctors to help her and we did a lot to support her through everythingshe was going through,” Robyn wrote.“She is so accomplished and still is doing very well in school. She is my oveachiever and expects a lot of herself. It was a very stressful hard time forher.”

Most importantly, the Sister Wives star explained, Aurora gave full consent to discuss her mental health on camera. Robyn emphasized that it was fully Aurora’s choice to do so, and that none of the adults in her life would have pushed her to talk about it.

“Aurora was given the choice whether to let her panic attackbe included on the show,” Robyn wrote.“She just wanted to be able to talk about what it is like to have a panicattack too. She wants to bring awareness so people are more sensitive andsupportive to those who have them.”