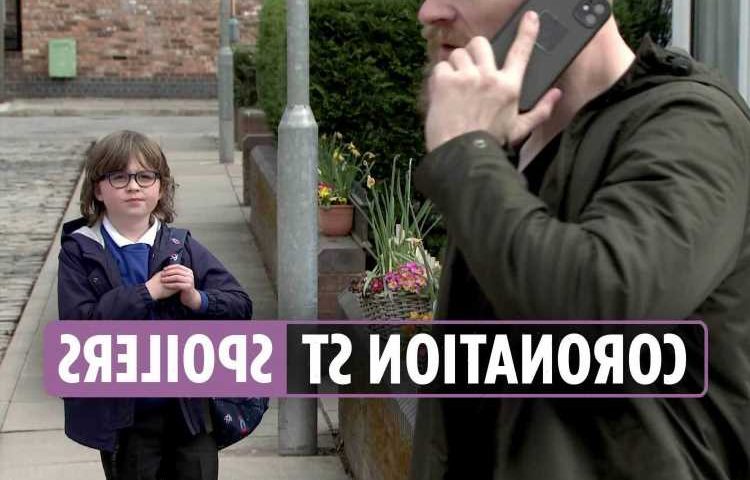 Here’s the lowdown on next week from the cobbles… 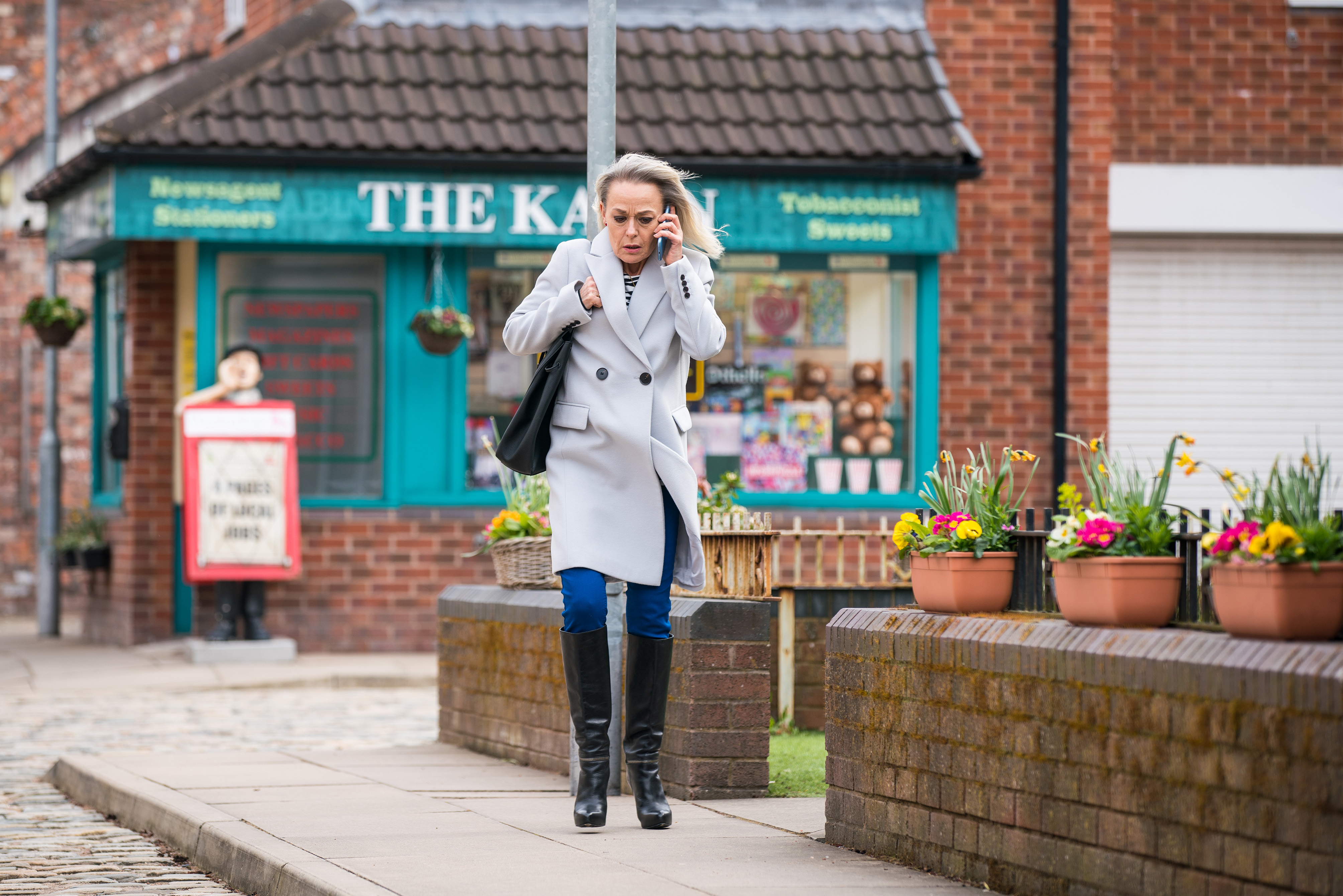 Sharon continues on her evil mission to track down Simon Barlow next week and decides to use Dev Alahan.

Realising that she could trace Simon’s gamertag through Aadi’s console, Sharon invites herself over to Dev’s for a drink.

As the evening comes to a close, Sharon pretends she’s left an earring at his house and is delighted when he hands over the keys. 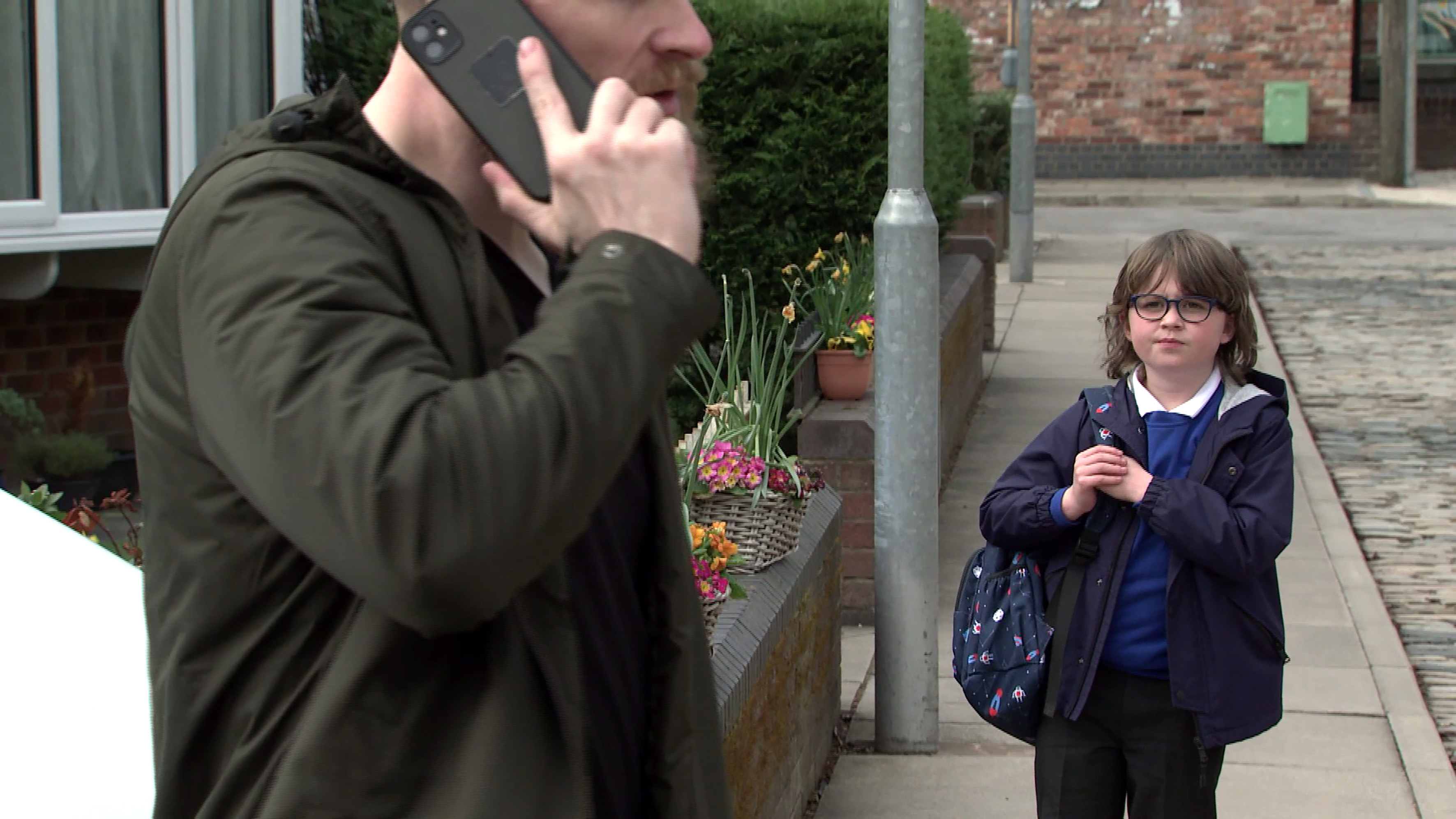 When Sharon’s plan to track down Simon through Aadi’s gaming world doesn’t work, Sharon comes up with another scheme.

Sharon does some digging and discovers that Sam and Natasha are due to have tea with Gail, tipping off Harvey about the meeting.

As Sam approaches Gail’s house, Harvey’s thug Noddy lures him into his van, slams the door shut and drives off as Sharon watches in horror. 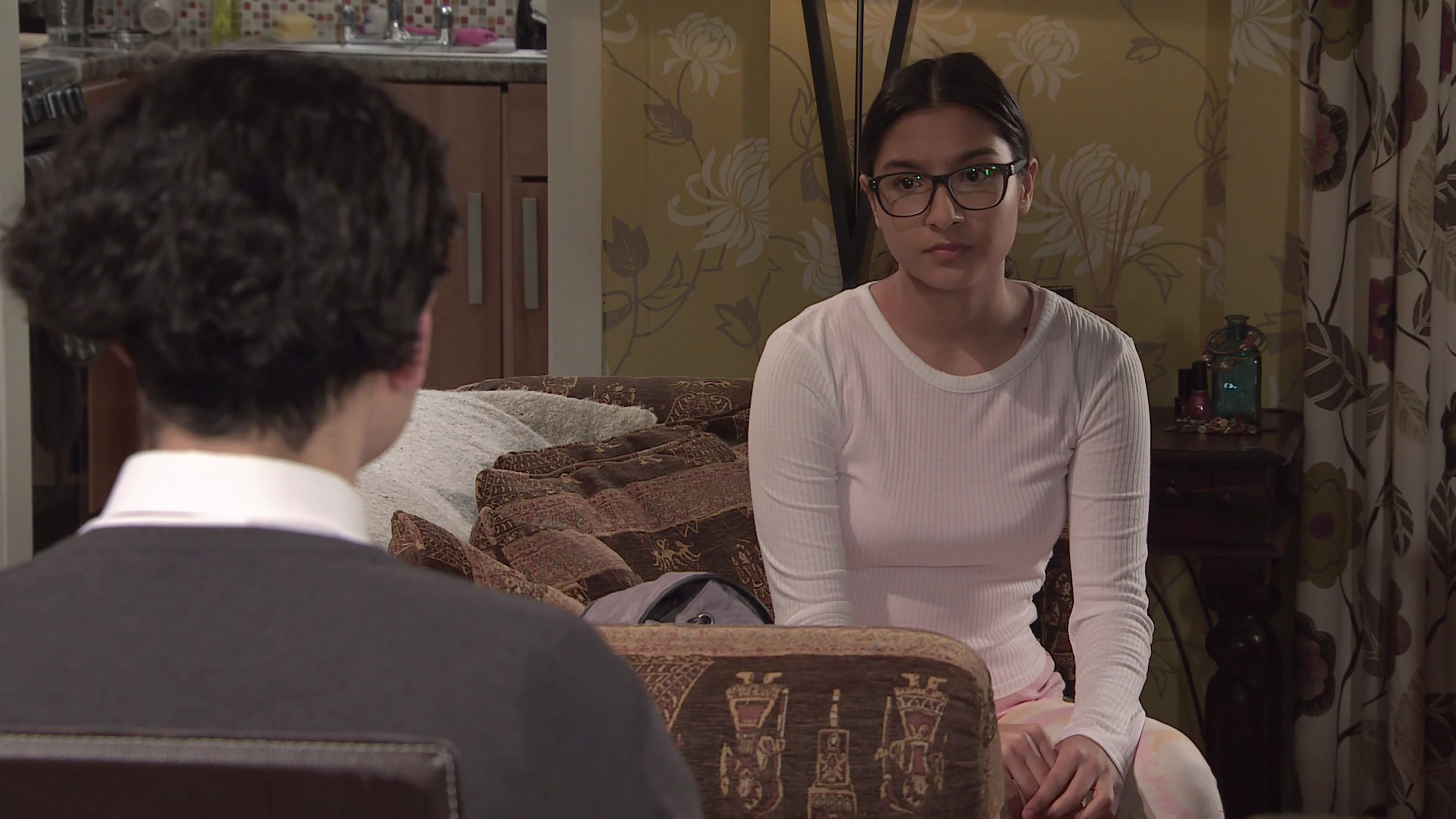 As the news of Seb’s tragic death leaves residents of the cobbles reeling, Aadi questions why Asha is standing up for Corey after he was involved in the hate crime attack.

But Asha tells Aadi that she despises Corey and knows he’s probably guilty, but that she’s pretending to be on his side in the hope that he slips up and confesses the truth. 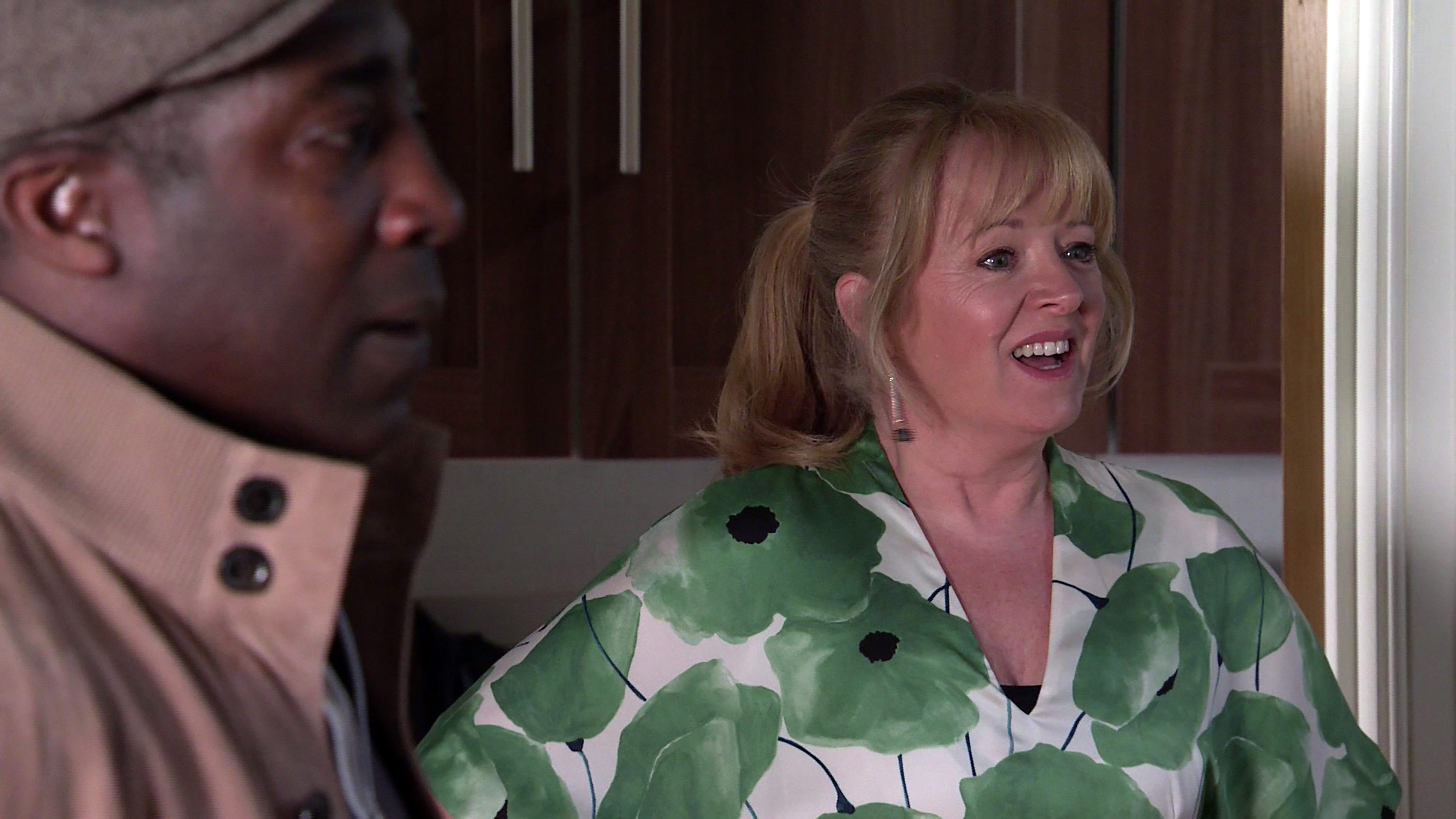 All the latest EastEnders, Emmerdale, Coronation Street, and Hollyoaks spoilers

Ronnie, who’s been living at the Rovers, convinces Jenny to go for a ride in his camper van.

Viewers will see sparks fly, but will they act on it?

Later, Jenny is stunned when Ronnie’s estranged wife turns up and reveals she’s not his business partner, as Ronnie had led everyone to believe. 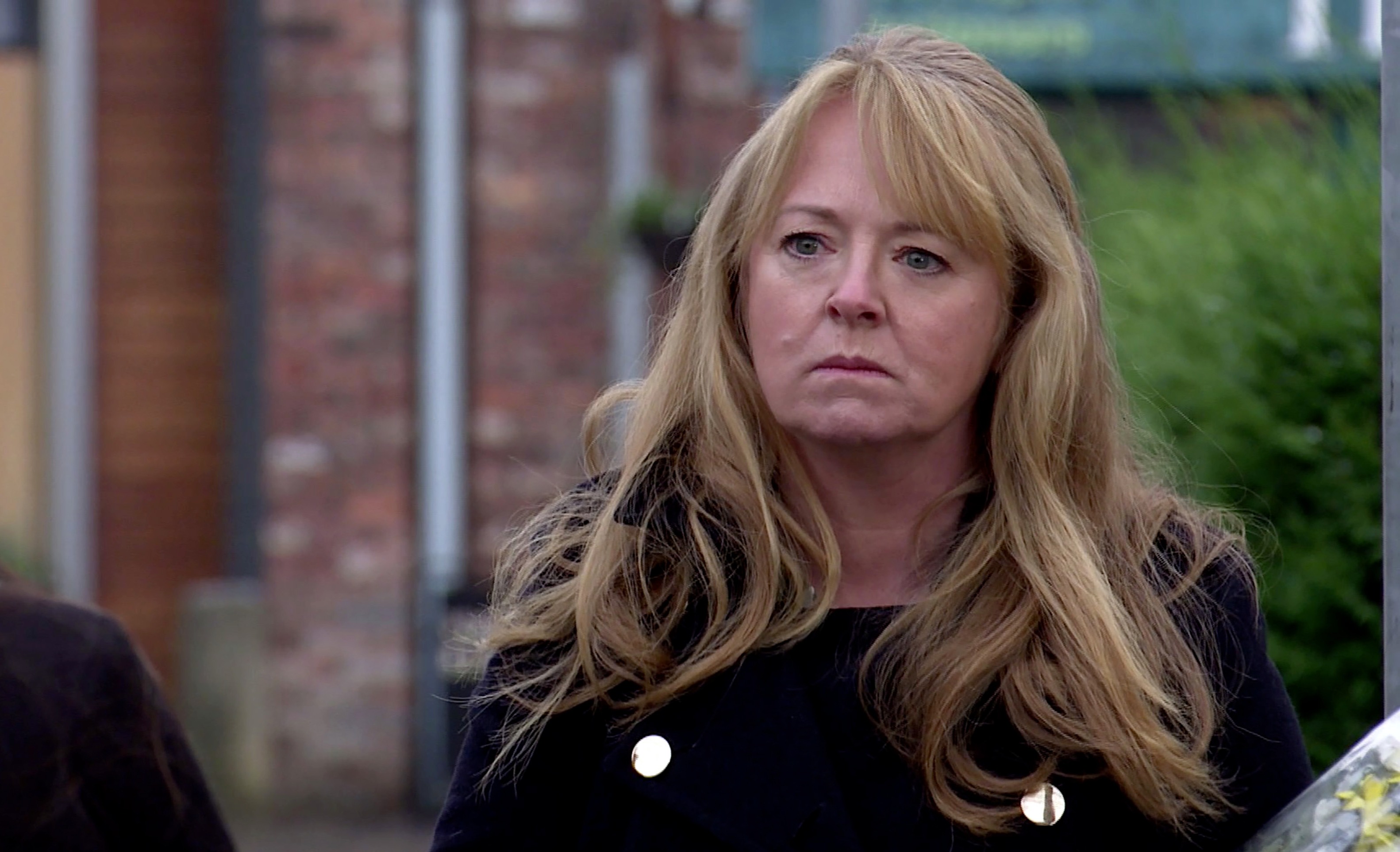 An upset Jenny tells Ronnie that it’s about time he moved out.

Later, Ronnie tells Ed that he’s going to sell half of the business to Kat and that he’s leaving.

But before he bids farewell to the cobbles, Ronnie decides to ask Jenny to give him another chance.

They’re interrupted as Johnny arrives home unexpectedly with a bunch of flowers.

Corrie viewers know that Cathy sought refuge with Yasmeen and Eileen after receiving death threats and abuse for trolling Steve and Tracy online.

Next week, the soap will revisit Cathy’s compulsive hoarding as Yasmeen becomes increasingly irritated by Cathy’s empty boxes clogging up the house.

Yasmeen and Elaine suggests it’s time Cathy moves out, but it’s clear she has no intention of going anywhere as she takes delivery of an exercise bike.