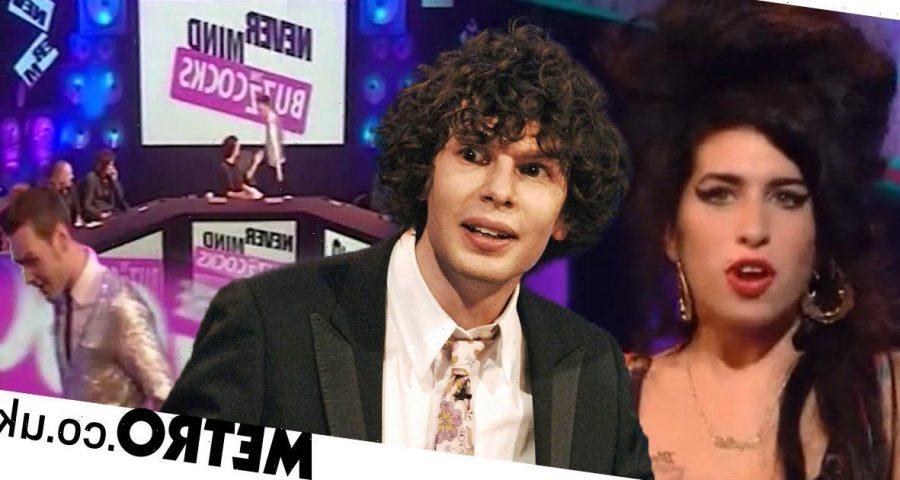 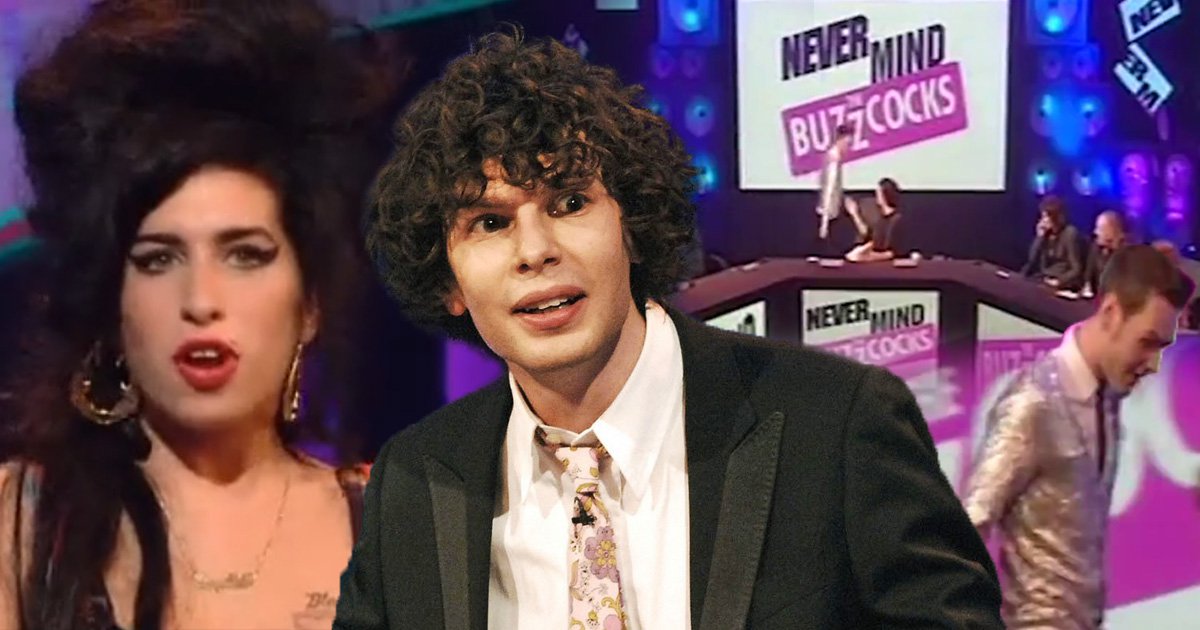 And after nearly seven years off our screens, it’s coming back.

After the BBC chose not to re-commission the music-themed panel show to ‘create space for new entertainment formats’, Sky is reviving Buzzcocks, with former team captain Noel Fielding back in the gang.

He will be joined by new team captain Daisy May Cooper, with Jamali Maddix as a regular guest and the Taskmaster himself Greg Davies as host.

It remains to be seen whether the rebooted Buzzcocks will follow in the footsteps of the old acerbic format, but it has some very big shoes to feel.

Over its 28 (!) series, Buzzocks delivered some of the most iconic moments in British television, from tantrums and walk-outs to music icons slagging off their rivals and surreal combinations of stand-up comedians, musicians and reality stars attempting to sing the intro to a forgotten 90s indie track.

Ahead of the new series set to arrive on Sky this autumn, we’ve taken a walk down memory lane to reminisce over the best moments in Buzzcocks history, and the reasons why it shouldn’t have been taken off air in the first place.

Even if you never watched Never Mind The Buzzcocks, you’ll have seen this moment. At the time series 20 aired, lead singer of The Ordinary Boys Preston was married to Celebrity Big Brother winner Chantelle Houghton.

With Preston appearing on the show, host Simon Amstell used the opportunity to mock him at every turn (‘You can’t go on Big Brother and get away with it’). He then proceeded to read quotes from Chantelle’s autobiography, resulting in Preston getting up and storming off set.

Bill Bailey decided to choose the audience member who looked most like Preston, and sat him in his chair for the rest of the show, advising him to look surly and reply to every joke with: ‘That’s out of order.’

No matter how cool you think you are, you can’t defeat Simon Amstell, Phill Jupitus and Bill Bailey.

Self-proclaimed punk Towers of London frontman Danny Tourette became one of Simon’s biggest punching bags in Buzzcocks history when he put on sunglasses (‘That’ll tell Thatcher’), felt up Simon (‘That’s the worst thing that’s ever happened to me) and began smoking (‘Donny is smoking now! What is he going to do next? A cigarette! That you can legally buy in shops!’)

‘I’d rather have cat AIDS’

The star appeared twice on the show, once with Mark Lamarr and once with Simon Amstell, and she gave as good as she got, giving endlessly quotable moments and hitting back at the hosts’ jokes with ease.

Perhaps her best moment came when Simon Amstell suggested she work with Katie Melua, to which she replied: ‘I’d rather have cat AIDS, thank you.’

Where else on television could you find popstar Jamelia referring to Javine, who had an affair with Alesha Dixon’s husband MC Harvey, a ‘slag’?

The identity parade is always a highlight of Buzzcocks, and perhaps the best example came in series 21 when Noel Fielding’s team was tasked with identifying X Factor star Chico out of a line-up.

While the audience was very excited, Noel had no hope of identifying Chico, as he had never heard of them and didn’t own a television.

Huey Morgan throws his mug out of the pram

One of the more bizarre moments from later series, Huey Morgan of the Fun Lovein’ Criminals did not take too kindly to his own songs being used in the intro round.

Getting increasingly peeved with guest hosts Rizzle Kicks, Huey said: ‘I just thought you guys would do something different for a change. I’ve been on this show like nine times.’ And Kavana’s I Can Make You Feel Good tipped him over the edge, as Huey smashed his mug and proceeded to walk off the set the second the winners were announced.

Noel Fielding replaced Bill Bailey as a permanent team captain when the comic left the show, and brought his unique, surreal brand of comedy to proceedings. This led to some iconic exchanges with host Simon, including this one, where Simon mocked his whimsical jokes.

When Noel said he would ‘cut the stuffing out of your pillow’, Simon said: ‘What, with a scissors made of glitter?’ – to which Noel responded: ‘No, with a motorbike made of jealousy.’

Martin Freeman has starred in The Office, The Hobbit and Black Panther, but we don’t think he’d argue with the fact the highlight of his career was hosting the episode where Dappy was lowered into the studio via Mission: Impossible style wires.

As a rule, celebrity guests who went up against original host Mark Lamarr lost, and lost hard.

But Pete Burns was the exception to the rule, and the Dead Or Alive star refused to believe that he got a single answer wrong.

We wonder if Sky has a lawyer on standby for their Buzzcocks reboot, because they’ll probably need it.

Simon Amstell poked fun at Noel Fielding’s friendship with Courtney Love, with Noel saying she would ‘crush you like a Twiglet’.

The host responded: ‘Or kill me and make it look like suicide.’

No person has ever had more fun that Bonnie Tyler had on Never Mind The Buzzcocks. We’ll have what she’s having.