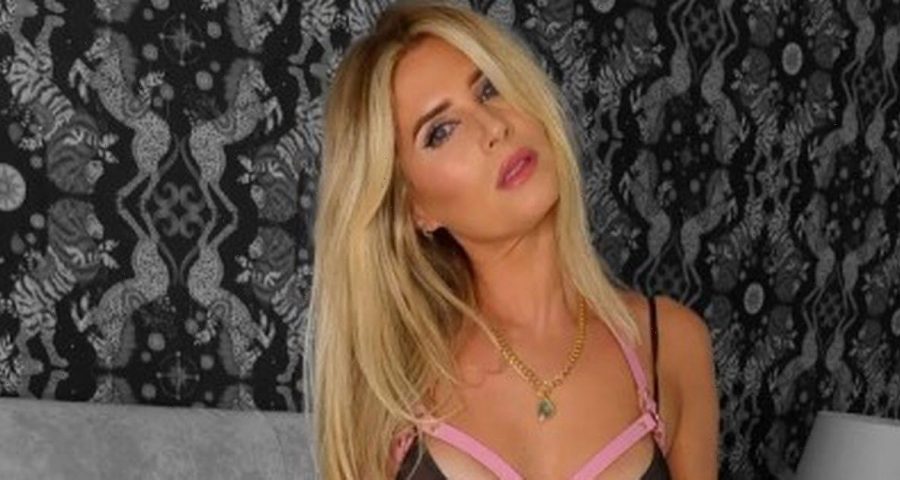 Plenty of soap storylines have dealt with nude snaps leaking online – after all, what would Soapland be without a little drama?

But in real life, stars have found their accounts “hacked” and their naked pictures leaked online with devastating consequences, while others have been out and proud about their naked forms.

More yet feel empowered by going naked for photoshoots, while some actors were even suspended from their roles for various NSFW [Not Safe For Work] exploits.

From OnlyFans stars to racy clips, Daily Star has taken a look at all the soap stars who shucked off their clothes for one reason or another.

Soap stars haven’t been immune to a notorious iCloud ‘hacker’ who took their naked snaps and posted them online without consent.

Coronation Street star Melissa Johns was left hitting back at body shamers after her pictures were hacked back in 2018.

Melissa, who played Kate Connor’s ex-girlfriend Imogen Pascoe on the cobbles, decided to channel her anger at the leak into a new play held at the Lowry in Manchester, explaining to Manchester Evening News: “For me the worst thing was to be seen without any clothes on and that’s exactly what happened.

“I had two choices. It was either hide away and pretend it didn’t happen, or for it to be a catalyst to speak out about sl*t shaming and body shaming.”

Her play, Snatched, was a one-woman show championing female sexuality.

EastEnders' Shona McGarty also found herself victim to the hack in 2018, when two naked pictures of the Whitney Dean star were posted to an X-rated site.

She was said to be “devastated” by the leak, which included pictures of her in the bath and half-undressed in bed.

A source told The Sun: “She’s very upset they’re on the internet for all to see.”

EastEnders actor Ricky Norwood found himself in hot water when a naked video of him emerged smoking cannabis.

The Arthur ‘Fatboy’ Chubb star was banned from filming after BBC bosses decided to take action against him when the video emerged.

A statement back in 2014 read: “Ricky Norwood has been suspended from the show for a period of two months with immediate effect.

"In addition, Ricky would like to apologise to EastEnders' viewers for any offence caused and for bringing the show into disrepute."

The clip reportedly showed him performing a sex act while smoking marijuana on Skype, and was later leaked and sold to an X-rated site.

A source said at the time: "This is incredibly reckless by Ricky given his position on a BBC family soap. He's seen as a role model.

"It's made very clear to cast members that they have to behave, especially when it comes to sex and drugs."

The actress was eventually axed completely from the Channel 4 show, but has since found her calling in racy snaps and videos for her subscribers – and feels “empowered”.

Sarah is usually seen stripping down to sexy lingerie sets on the site, explaining that she takes requests from her subscribers and lets them take the driving seat. She explained to Metro: “Someone might go, ‘I want to see a white underwear set and white suspender stockings.’

“Cool. Yeah, I can do that. And so actually, it makes it easy for me to come up with content because I’m, responding to what the followers are asking for.”

She did admit, however, that she won’t post very explicit posts to the platform, explaining: “That’s not a territory I want to be in or I’m going into.”

Coronation Street star Rob Mallard, who plays Daniel Osbourne, wasn’t afraid to strip down to his birthday seat for a very racy snap on holiday in 2021.

The TV star plunged into the ocean fully naked, with the water only lapping up to his mid-thigh – leaving his peachy rear on full display.

Rob cheekily captioned his snap on Twitter: “Say what you sea #holidays.”

His former Corrie co-star Katie McGlynn quickly replied to the snap to call Rob “amazing” alongside a cry-laughing emoji.

The Andy Sugden star posed in front of his bathroom mirror with his intricate six-pack front and centre, showing a dusting of chest hair and his bulging biceps.

His V-cut was visible in the racy snap, which cut off just short of ruining his modesty.

The star held up his phone to the mirror to capture the moment, pulling a silly face for the camera as he joked about getting a spray tan.

He captioned the snap: “…and how dark do you want to go?

“Dark. But I don’t want to be orange #SprayTan.”

The star explained that “no Photoshop” was used for the untouched pictures, telling fans: “A behind the scenes of my @ukwomenshealth naked issue (taken by me on my phone of the computer screen on the day so NO PHOTOSHOP).

“When I was first asked to take part in this shoot my answer was No. In fact it was a ‘Naked? Are you kidding?!’ But after a lot of thought & reading past issues & discovering why the Naked issue is out every year I jumped on board.

“This issue is about woman being comfortable in their own skin. I'm in it along with 10 beautiful woman all of us different in physique, height, weight, you name it.

“The one thing we have in common is our mutual support for females. To stand up and say, this is ME. This is MY shape. This is MY body. And I am PROUD OF IT!

“It took me a while but at 31 I am happy within myself. Mentally & physically. I hope this picture inspires woman to love their bodies & embrace every freckle, every inch, every muscle every curve & every bloody stretch mark on it!

“YOUR body tells YOUR story. Some of you have even housed babies in there! Be proud! You are incredible. Don't forget it,” she concluded.

In the sweet snap, Gemma could be seen turned sideways to the camera as she tossed a look over one shoulder, her blonde tresses tucked up into an elegant ponytail.

Covering her boobs with a hand, Gemma posed with an arm under her chin and her incredible curves on full display.

EastEnders actor Ashley Kumar was left “disgusted” with himself after he sent a semi-naked video to an actress last year.

The actor, 36, who played Todd Taylor on the BBC show, sent explicit messages to Courtney Mayes, who had applied for a TV job for a Channel 4 pilot and was 23 at the time.

He sent her a semi-nude video of himself and asked for pictures of her in her underwear.

Ashley allegedly asked her to send a picture of herself, telling her that the “other girls” auditioning for the role had already sent over underwear pictures.

She also claimed Ashley branded her a “b***h” the next day.

The actor told The Sun on Sunday: “I am absolutely disgusted with myself, I have never done this before and I don't know what the hell I was doing.

“I'm going to AA meetings because I feel like I'm failing at life. I'm sorry for the upset.”