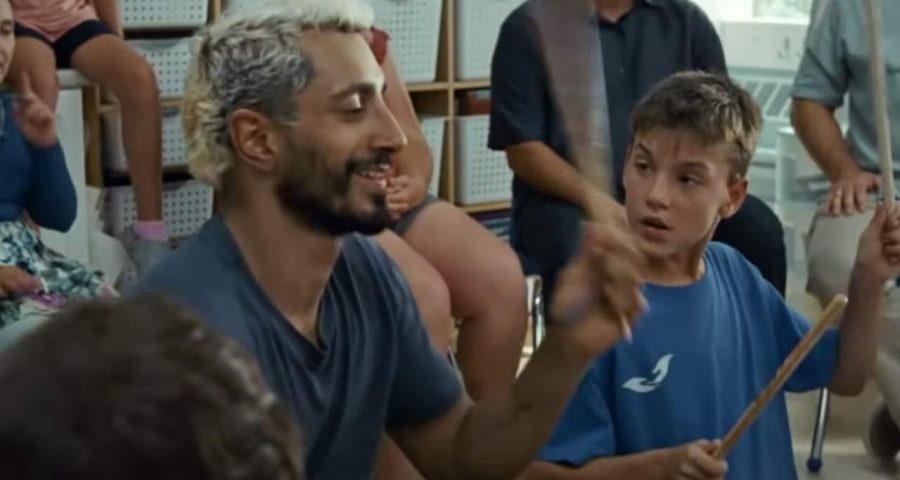 Oscar nominee and BAFTA winner Mikkel E.G. Nielsen talks to TheWrap about what was lost (and gained) from the film’s original 3:45 version 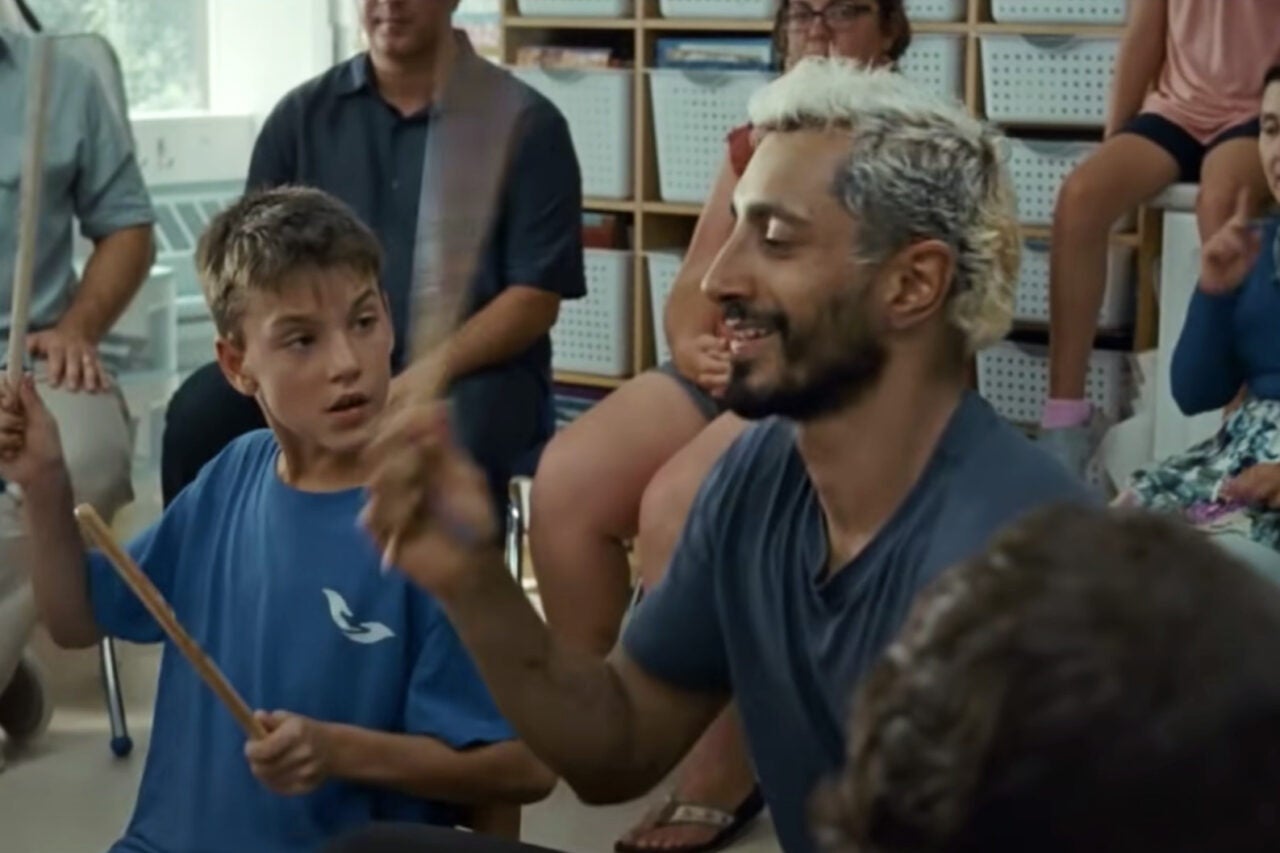 Spoiler alert: This article discusses the ending of “Sound of Metal.”

For his elegant work on shaping the structure of “Sound of Metal,” film editor Mikkel E.G. Nielsen has won a BAFTA and been nominated for an Oscar. Even the mentioning of those words caused the 47-year-old Dane to shake his head and smile.

“I mean, really, nominated for an Oscar,” Nielsen told TheWrap from his home in Copenhagen, Denmark. “That’s just not something that happens.”

“Sound of Metal,” starring Best Actor nominee Riz Ahmed as a drummer who loses his hearing, was filmed over 24 days in 2018, nearly three years ago. The movie wasn’t acquired by Amazon Studios until after its premiere at the 2019 Toronto Film Festival.”It’s not a film made out of a desire to win awards,” Nielsen said. “So I’m extremely honored and very surprised, because for all of us who worked on it, the film itself is its own reward.”

None of it came easily. The movie had been in various stages of development for a dozen years. Nielsen was hired to edit by director Darius Marder as filming completed. The editor, whose credits include “A Royal Affair,” “Beasts of No Nation,” and Robin Wright’s “Land” (made after this film), toiled on all the footage and delivered a rough “assembly cut” of the film that ran three hours and 45 minutes long.

In our conversation, Nielsen described what was lost from that original cut — including a three-minute montage that he described as “candy to the eye” — and, conversely, what was found through elimination, as the editor and director committed themselves to the film’s unique, sonic rhythm.

In a very basic way, you were the first audience member to see “Sound of Metal.” What could you feel about the film from viewing all the original footage?
The whole film is about accepting your journey, and I wanted to be true to that. I did the first assembly all alone, and so the first two or three weeks was just me looking at all the footage. Even though Darius (Marder) didn’t shoot a lot of takes, I never felt like we were in lack of any material. If someone shoots the scene in 700 different ways, it’s difficult to say what is right. But if they show you a couple of possibilities, then it’s more about finding the right language in the edit. What I understood early on was that it felt real.

The storytelling felt real?
Yeah, it didn’t really feel like a film. I remember those beautiful scenes of Ruben (Riz Ahmed) with the kids, playing around in the playground and the fields. Those scenes signaled to me that this could work. But really my first job was more about building the structure of it.

“Sound of Metal” was shot all chronologically, in sequence. Were there places where you could sense how beneficial that was?
Oh yeah. I think you notice it in that last scene between Joe (Oscar nominee Paul Raci) and Ruben. It is tremendously written and acted, but because Darius shot it chronologically, that means that it really was the last scene for these actors. And as actors, Joe and Ruben knew that — I mean, Paul and Riz knew that — and it must have been so rewarding to work that way. It became really emotional for them.

Your original assembled cut was three hours and 45 minutes long. The finished film is two hours, so that was nearly twice the length.
But that’s fine, because it told Darius that he had the material to make a very good film. If it was less that three hours, I would be worried.

Can you talk about some of the changes that were made or scenes that were cut out?
Well, we made a decision to start the film with a concert scene. Originally it started in the airstream, the vehicle where Ruben and his girlfriend Lou are living. But by starting with them performing their music, then we know exactly who they are when we see them in the next scene, laying in bed. It’s very tender. And that meant that we could eliminate a lot of other stuff, like scenes showing them creating music. We also had scenes of them talking to a journalist about what kind of band they are. Those were cut. Once we established who they were, we had a lot of freedom to underplay the rest.

What was the most difficult scene to lose from the film?
Well, one moment in the film that really guided me as an editor was the scene with Ruben and the little kid he meets, Michael, as they’re drumming on the slide in the playground. And because of the change in Ruben’s identity that it represents, it was crucial for us that that moment occurs at the exact middle mark of the film. Ruben has entered the world of the deaf community. And he’s drumming again.

After that moment, we had a beautiful three-minute montage, in which you would see Ruben in the deaf community. It was such a wonderful collection of moments. It was just candy to the eye. But it created an issue. Moments had to feel real and feel earned in this film, but suddenly when things are depicted in a beautiful montage, you sit back a little bit and don’t feel the truth in the same way.

We never really found the key to making that montage work in the way that the scene on the slide worked. Suddenly we said, “Wait, that’s the issue. The montage is beautiful but it doesn’t work.” So we cut it out. 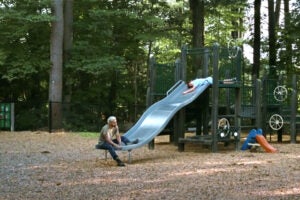 Even without the montage, the film has a wonderful sense of time passing, without a lot of overt transitions. Like in the third act, when Ruben shows up in Belgium.
We tried many different variations of that too. When Ruben leaves Joe, there were poignant moments of Ruben sitting all alone or walking around or washing his clothes. We wanted it to feel like a month had passed before he arrives in Belgium. But we realized again that an audience will accept that time has passed without having to be told.

Less is more, right?
Of course. Darius is very influenced by European cinema, which is interesting because European directors are often influenced by American films. He’s the opposite. Look at the cast and crew. It’s an American film but Riz and Olivia Cooke are from England, the sound designer Nicholas Becker is French, the cinematographer Daniël Bouquet is Belgian, I’m Danish. Darius is influenced by Danish films, specifically, like “Breaking the Waves.”

“Breaking the Waves” and “Sound of Metal” both end with church bells, don’t they?
That’s true. You can see its influence in the film.

How did the ending of “Sound of Metal” change during the editing process?
The end scene wasn’t at all difficult, actually. It’s almost exactly how it was in the first assembly. There are some interesting things in that scene. You’ll notice there are two kids in the distance fighting about a skateboard. But when the film goes silent, you see the kids again and they’re getting along. There’s peace in the silence. And you also see the beautiful sun flowing through the trees and it should just feel like a nice reward. You put yourself on that bench.

The last shot, the close-up of Ruben’s face, is about 40 seconds long.
Yes. We worked on the length of that. The closeup should hold on his face just long enough to make the audience aware of the length of the shot, then it cuts to black.

There are ways in which film editing and sound are related. But how important was the power of silence to you while working?
Very important. In fact, I worked on the whole film as a silent film. It was such a powerful storytelling tool as I was trying to find the balance in the film. Then I went on a silent retreat after I finished the job.

Really, you did?
As a treat to myself, yeah. It felt like the right way to honor the movie. I’m a drummer myself. My dad is a musician and he’s losing his hearing. A silent retreat teaches you something about time and where you are in your own life and all the stuff you should appreciate. It felt so good, honestly.

Also, you were able to see “Sound of Metal” with a large audience at its premiere in Toronto. What was that like?
Incredible. There is a huge deaf community in Toronto and they were there. The dream that Darius shared with me was that he wanted to make a film for them, where the hearing audiences might feel left out. That’s what we got. Suddenly people in the audience were laughing at certain things and I was like “What’s going on?” I have never ever experienced anything like it. Amazing.