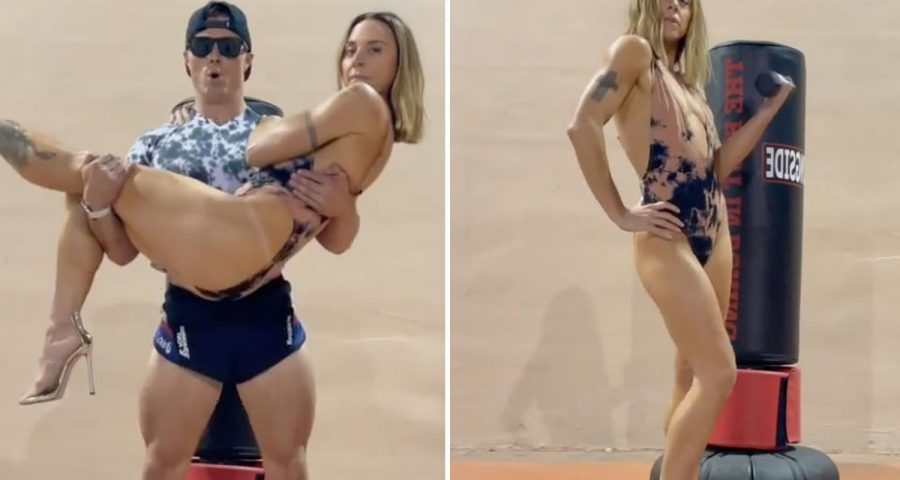 SPICE Girl Melanie C showed off her gym-toned body in a high-cut swimsuit as she danced to her band's biggest song. 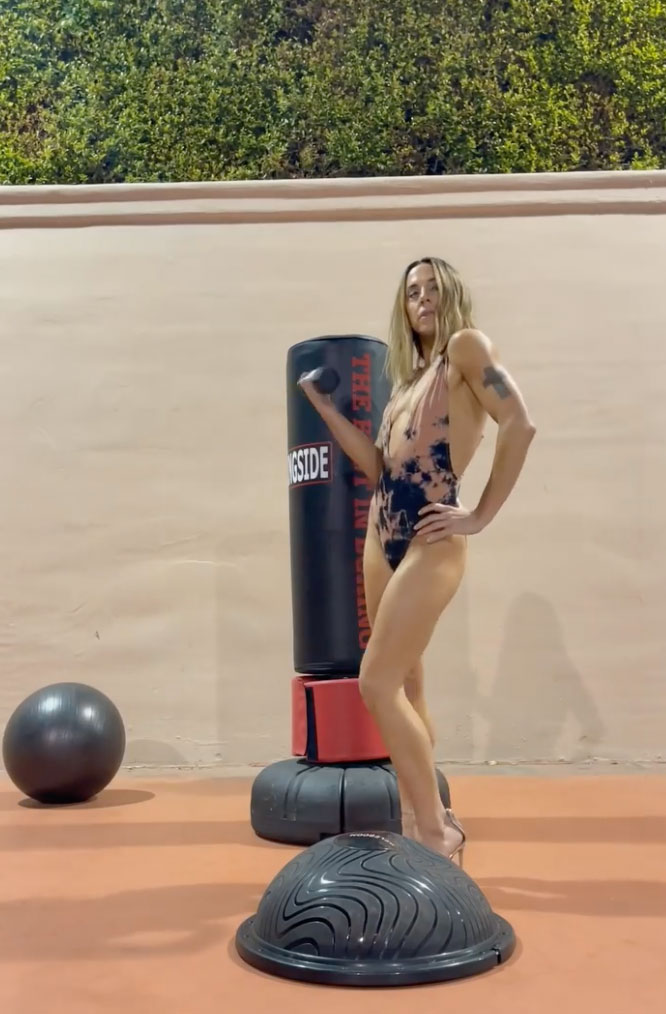 Mel danced with celebrity trainer Denis Samsonov and recruited fitness equipment such as dumbells, fitness balls and a punching bag for their fun routine.

The singer appeared from behind the punching bag in a pair of stilletos and danced coyly while lifting the dumbell.

At one point, Denis even picked up his friend and did some squats while Mel held her legs out delicately.

The video wrapped up with outtakes and the pair collapsed in laughter on the floor.

Mel's sporty vid comes as her and the Spice Girls are in talks for a 2023 world tour.

Baby Spice Emma Bunton, Scary Spice Mel B and Ginger Spice Geri Halliwell were spotted arriving at the Mandeville Hotel in London’s Marylebone for a meeting in November, with Mel C calling in by Zoom from the US.

Now Sporty Spice has revealed the women aren’t giving up hope of roping Posh in.

She said: “How can you be too busy to do a Spice Girls reunion?

“It is an interesting topic of conversation. Victoria didn’t want to get back on stage and we completely respect that.

Sporty went on: “Victoria gave us her blessing for the last tour.

“We do work on her. There’s lots of emotional blackmail. The shows in 2019 were so incredible.

“The reaction was great. We didn’t get out of the UK and Ireland and it’s a big old world out there. We have been lucky to do the US, but we have never done South America, Australia or South East Asia, which is insane.

“Hopefully Victoria feels as if we missed out and hopefully that will bring her back.

“Even if we do the shows, which we intend to do, we want to do more reunion shows when things are safer.

“If she decides not to join us then she is 100 per cent with us  – creatively she is there.

“Maybe she will be in the wings, but she would be dragged on.

“I think it was too difficult for her to watch and be in the audience.”

The group, who celebrated their 25th anniversary last month, performed their last world tour as a five-piece from 2007 to 2008.

But Victoria has been focused on her fashion business.

Speaking on the Zach Sang show in the US, Sporty Spice added: “The Spice Girls are bigger than any one member.

“It’s its own entity. It is wonderful to be part of that.” 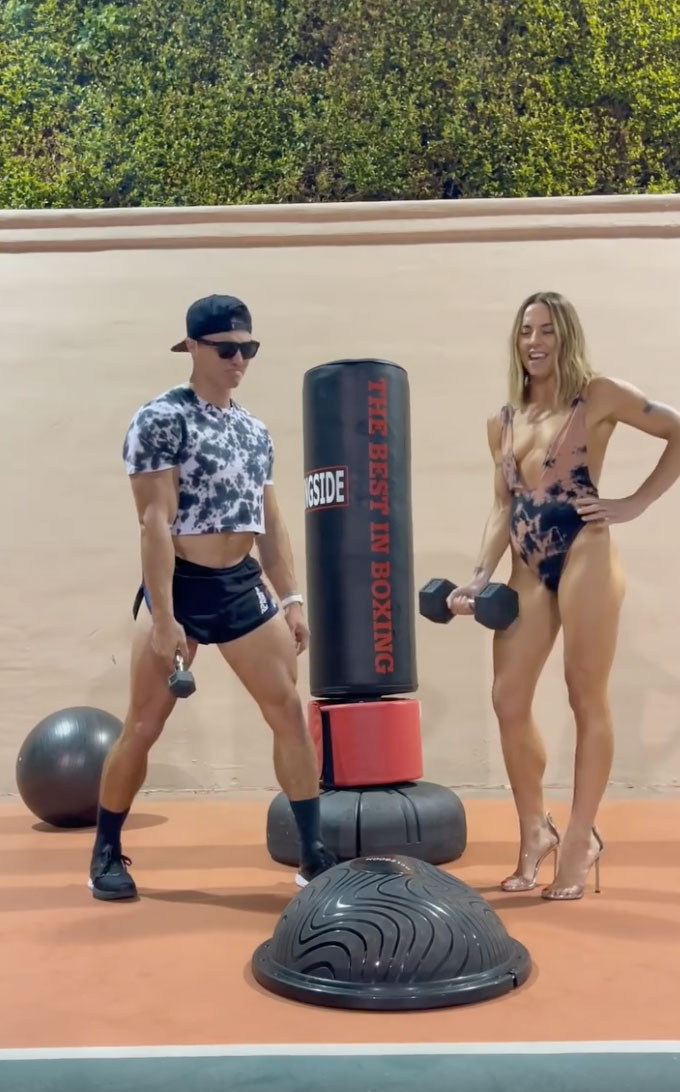 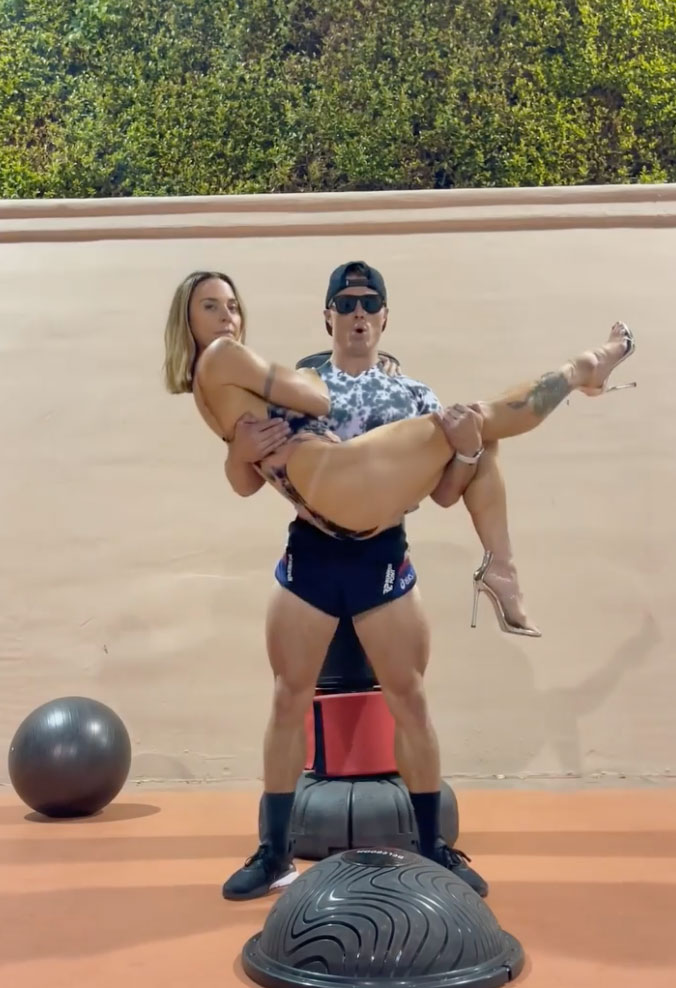 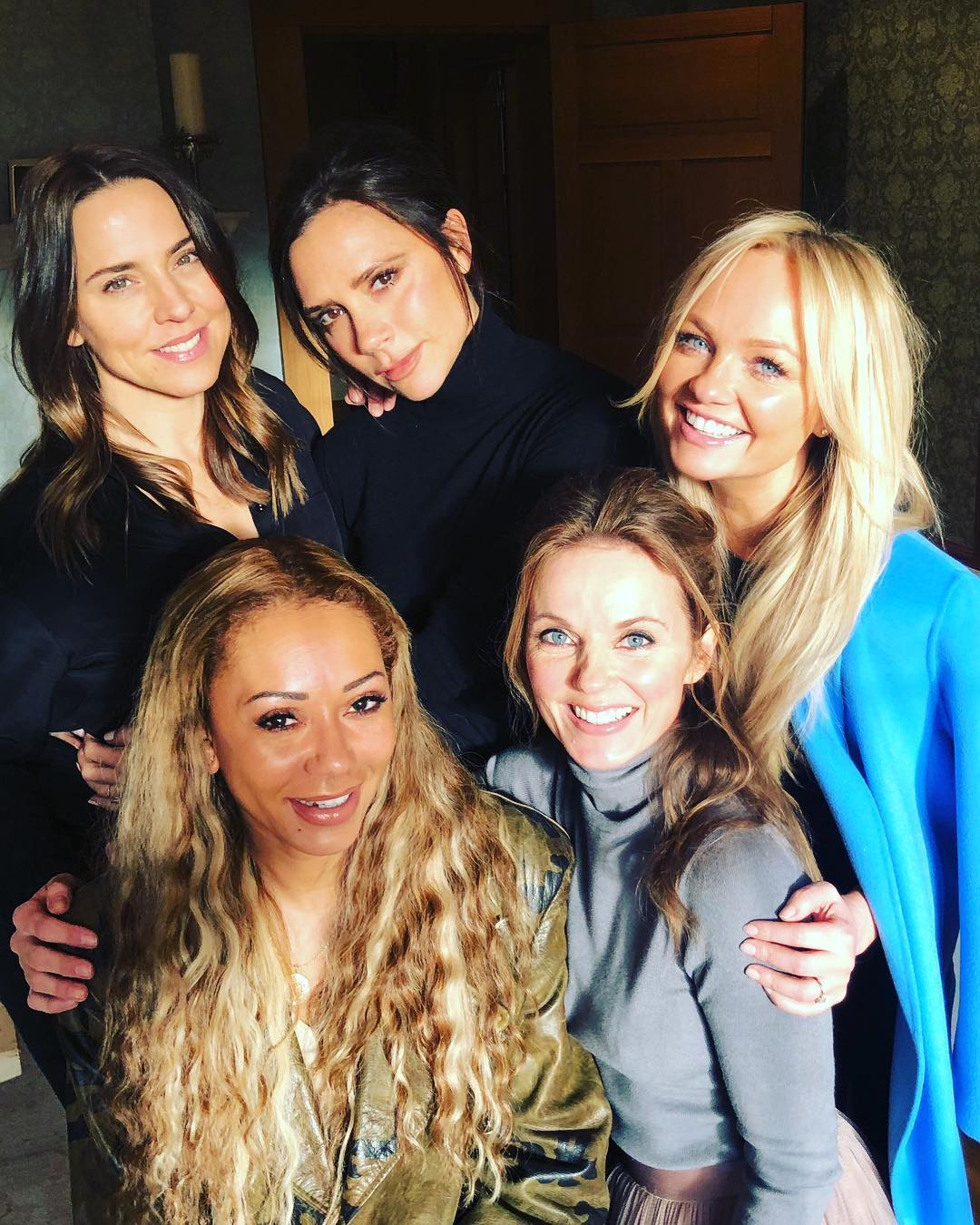