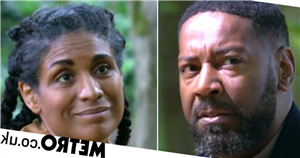 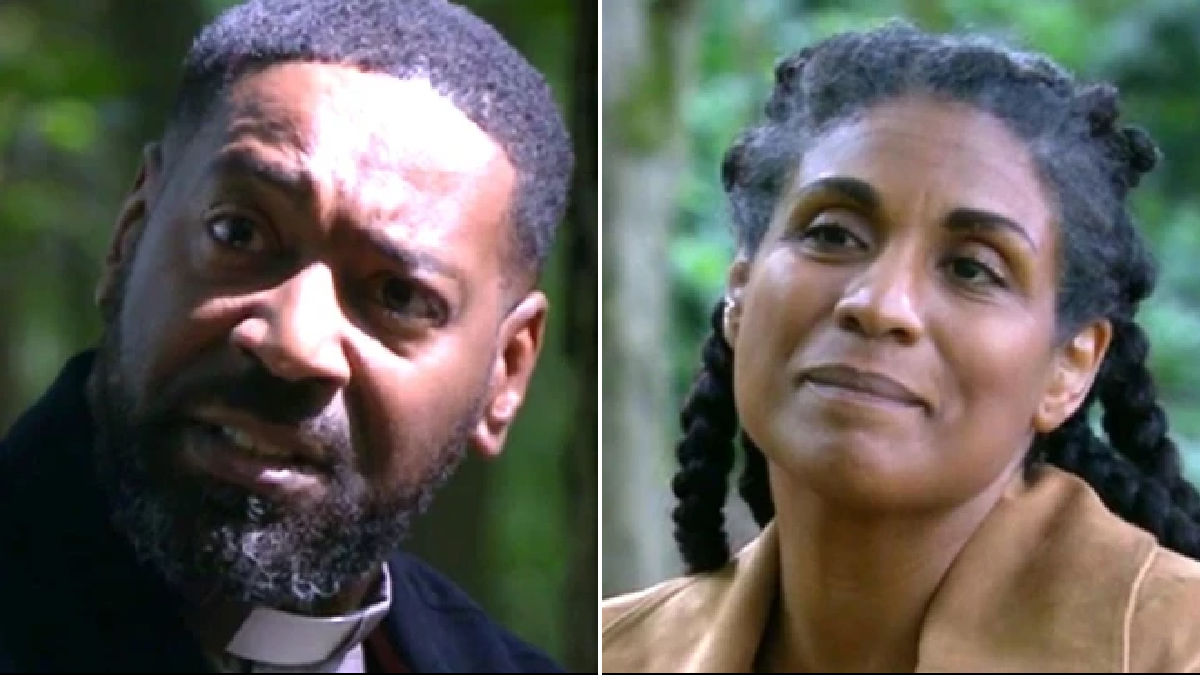 Charles (Kevin Mathurin) and Ethan Anderson’s (Emile John) past has been something Emmerdale haven’t explored a great deal since their arrival.

We know Manpreet (Rebecca Sarker) was part of their family at one point and Ethan’s mother left the family.

This week, Charles began receiving messages from a mysterious person.

Meeting up with them in the woods, Charles came face to face with Esme – Ethan’s mother.

After the initial anger and hurt, Esme and Charles sat down to discuss their life together.

As Charles questioned why Esme became so angry towards him, she revealed she was suffering with PND.

Esme explained that after medication and support, she recovered from her illness.

But it wasn’t all Esme as she turned the tables on Charles, asking how he can quiz her when he was the one who had an affair.

Esme also dropped a huge bombshell that since leaving the family – she’s had a daughter, making Charles a father again and Ethan a brother.

Harriet told Charles that Ethan has a right to know his mum is back, not to mention he has a sister, but Charles responded angrily.

Charles told Harriet to keep everything a secret, but will he really stop Ethan seeing Esme?

What impact could it have on their relationship if Ethan discovers his dad’s secret?