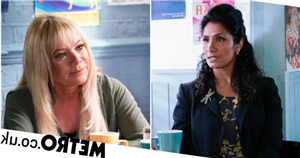 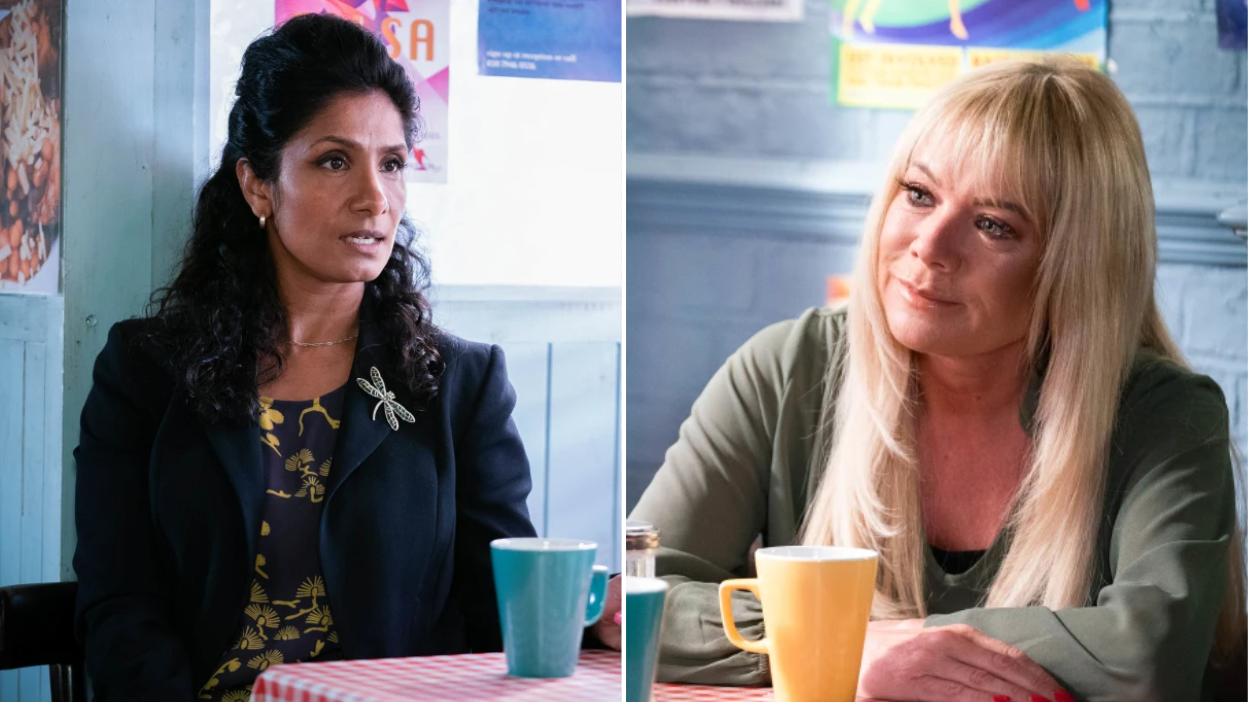 It’s just one thing after another for Suki Panesar (Balvinder Sopal) in EastEnders right now.

After Suki told her children that Jags was never meant to be in prison, she’s been left on her own.

Kheerat (Jaz Deol), Vinny (Shiv Jalota) and Ash (Gurlaine Kaur Garcha) are not prepared to forgive Suki and last night, they all announced they’re moving out.

To make things even worse for Suki, Kheerat then told her that he’s buying her out of the business.

In need of cash to try and save herself, Suki is in an impossible situation and isn’t successful in her attempt at negotiating a lower deal on the Minute Mark lease.

Noticing her despair is Sharon (Letitia Dean), who invites Suki for a drink.

That evening, Suki uses her vulnerability to try and manipulate Sharon into lending her some money – but what will Sharon do?

Unaware of how desperate Suki is, will Sharon unintentionally land herself in Panesar trouble if she tries to help?

Or will she realise getting into business with Suki just isn’t worth it?