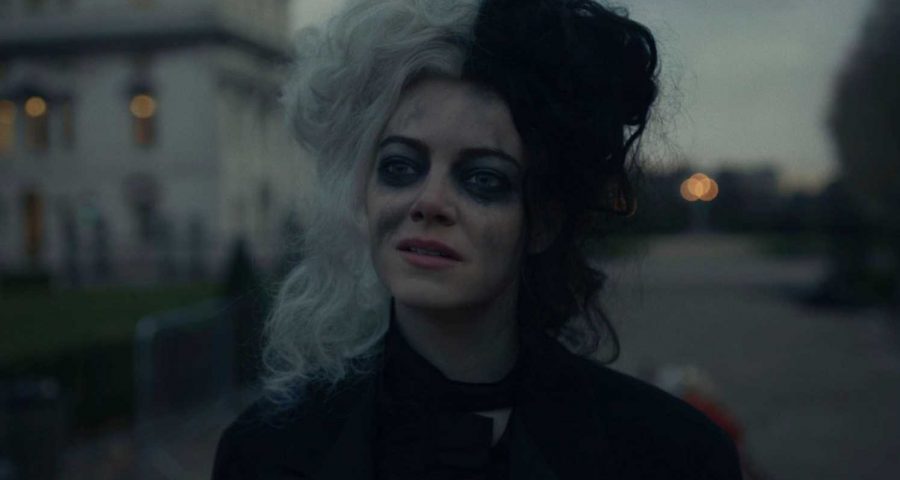 Spoiler alert! The following post discusses the ending of “Cruella” so beware if you haven’t seen it yet.

Cruella de Vil comes out on top and exacts a fitting revenge at the end of Disney’s new “Cruella,” though time will tell if she’ll turn into the evil woman she was in the original “101 Dalmatians” animated movie.

In the prequel film (now in theaters and available on Disney+) directed by Craig Gillespie, fledgling London fashion designer Estella (Emma Stone) learned that her boss, ruthless couture icon Baroness von Hellman (Emma Thompson), was responsible for the tragic death of her mother Catherine (Emily Beecham) – via long fall off a cliff – and embraced the extreme punk character of Cruella to foil the baroness’ business.

But after the baroness left Cruella in a burning building to die, Cruella discovered an even more revealing truth: It turns out the baroness was her real parent, Cruella’s the legit heir to a fortune, and back in the day newborn Estella was given to Catherine, then the baroness’ maid, instead of being disposed of permanently as mommy dearest ordered.

The baroness’ charity ball at her Hellman Hall home is where Cruella finally confronts her mother. The evil lady pushes Cruella off the same cliff that killed Catherine, though it’s all part of the plan: As the crowd watches the baroness commit “murder,” Cruella parachutes to safety. But she returns with pals Jasper (Joel Fry) and Horace (Paul Walter Hauser) just in time to see the baroness put in the paddy wagon. After removing the “Man” off the estate sign, making her new home “Hell Hall,” Cruella takes ownership of the baroness’ house, business and three Dalmatians, one of whom is pregnant.

“So what now?” Jasper asks, with Cruella responding, “I’ve got a few ideas.”

De Vil is in the details: How Disney made a palatable protagonist out of Emma Stone’s ‘Cruella’