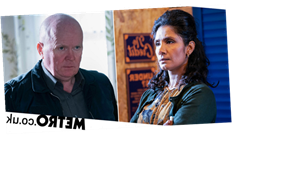 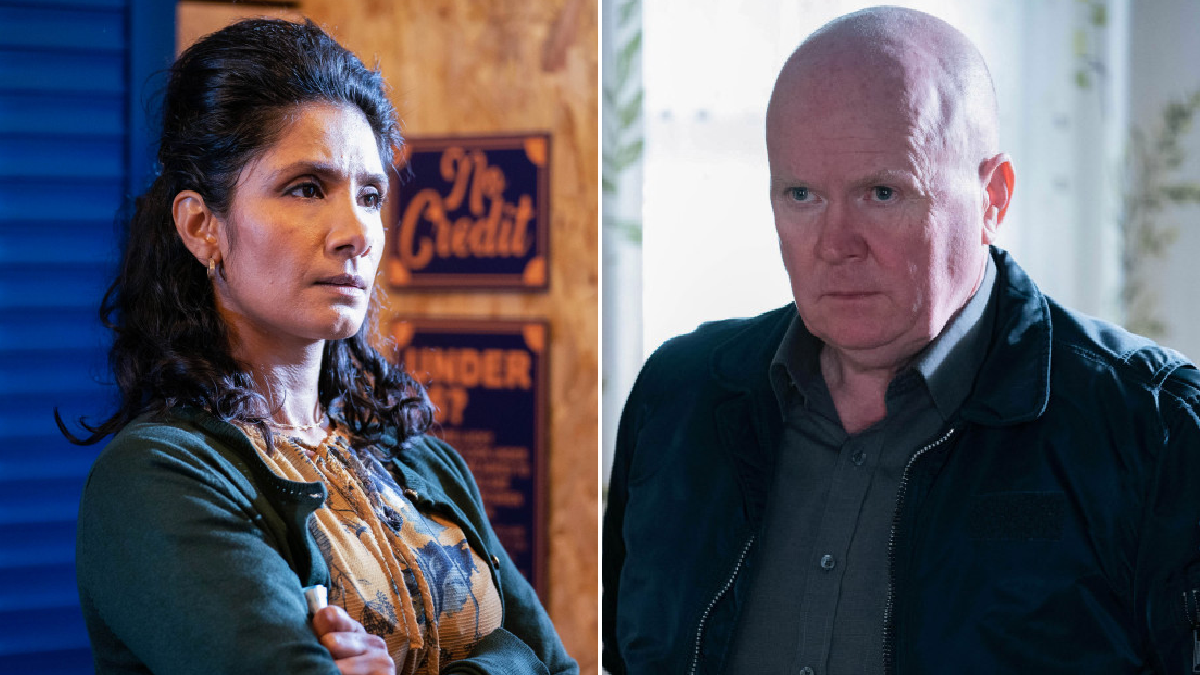 There’s one thing nearly everyone knows in EastEnders – don’t take on Phil Mitchell (Steve McFadden). We say nearly everyone, because there’s one family that seem to think they can get one over on him – the Panesars.

Suki (Balvinder Sopal) has challenged Phil in the past and as upcoming episodes will show, Phil firmly reminds Suki that no one who tries to cross the Mitchells gets away with it easily.

As Phil is meeting with Stas, he’s surprised to see Kat’s text and uses the intel to his advantage.

Later in The Vic, Kheerat’s hopes are dashed when Stas turns him down and Phil and Ben (Max Bowden) arrive to gloat.

Phil warns Suki to stay out of his family business, but will she listen?

Is a war between the Mitchells and Panesars on the way?