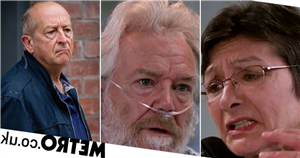 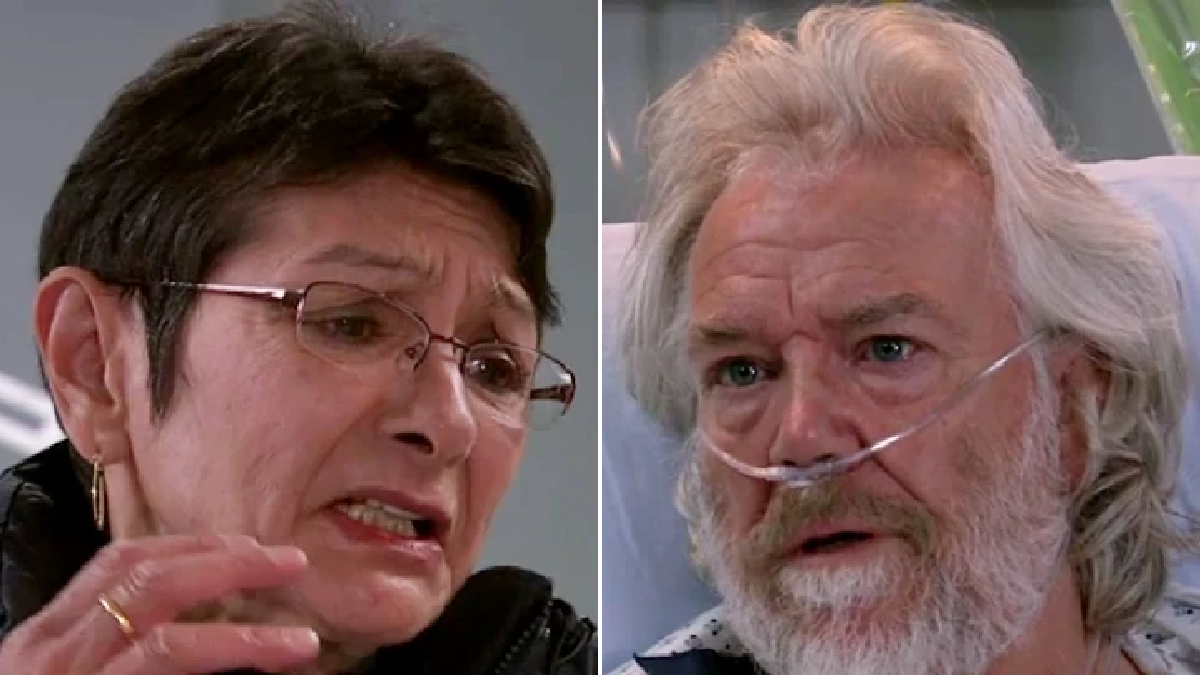 Last Friday, Stu was given the opportunity by Yasmeen to cook a meal for Zeedan (Qasim Akhtar) in Speed Daal as a trial for a chef job.

However, unbeknownst to Yasmeen, Zeedan had given Hashim’s sons permission to enter Speed Daal and set it on fire to claim on the insurance.

As Speed Daal went up in flames, Yasmeen told Zeedan that Stu was inside.

Tonight, as Stu recovered in hospital, Yasmeen paid him a visit in the hope he’d tell her how he accidentally started the fire.

Stu was adamant it wasn’t his fault, telling Yasmeen the fryer set alight when he was in the loo getting changed.

Yasmeen’s anger grew, not over the fire, but Stu’s lies.

‘What I’m angry about is the fact that you are lying’, she told Stu.

‘You refuse to take responsibility. I’ve met men like you before, it’s always somebody else’s fault and never yours’, clearly comparing this moment to the countless times her abusive husband Geoff Metcalfe coerced her into thinking situations were her or someone else’s fault – and never his.