Nobody will be surprised when Rey and Kylo cross lightsaber blades again. However, there have been mounting reports that the way they do it will break new ground for the Star Wars films and show Force abilities beyond anything seen before. A new book by Phil Szostak, the Lucasfilm creative art manager, has just shed potential new light on the rumoured scenes. The descriptions of what will happen when they clash tie in with the first powerful image. There is also another hint about how close Rey is to the Dark Side.

Szostak posted the stunning artwork for an upcoming book with the message: “Dive into the creative process behind JJ Abrams’ final chapter of the Skywalker Saga with ABRAMS books The Art of StarWars: The Rise of Skywalker, out December 20! Cover art by the Lucasfilm art department’s own Christian Alzmann.”

Immediately, the blue lighting scheme for Kylo and red for Rey foreshadows how both are still being drawn to the opposite side.

But it is the backgrounds which link to a thrilling new report about “Force Flash Fights.” This is something never seen before and promises to be mind-blowing depicted on the big screen.

STAR WARS 9: THE FIRST FULL TRAILER IS COMING AND SOONER THAN EXPECTED 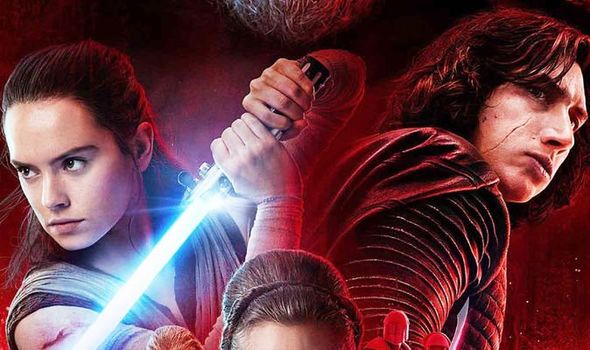 Making Star Wars said: “During the Episode IX panel at (Star Wars) Celebration they teased around some new powers. I believe the power they were dancing around is probably what has been described to me as ‘Force Flash Fights.’

“When Rey and Kylo Ren first meet again in The Rise of Skywalker… they’ve both become considerably more powerful. Perhaps when angry or determined they can do what Snoke did for them, link to one another but because of the context the outcome is different. Instead of intimate moments, the backgrounds appear to change between places we have seen in Star Wars before.” 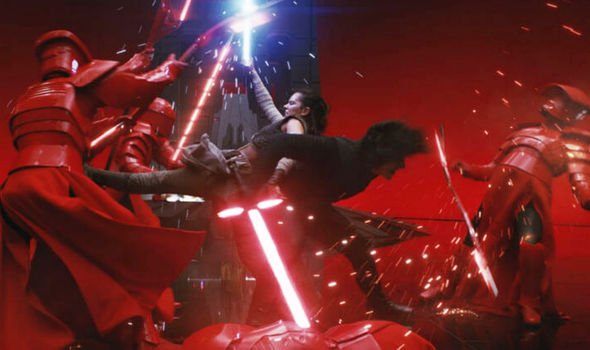 “As they battle, the backgrounds change into places throughout Star Wars’ vast locations from the nine-part Skywalker saga… I also don’t know if every strike and clash is a new environment or if they fight in these places for a time before moving on to the next one.”

Not only does this reinforce just how powerful the pair have become, it builds the connection between them, since they appear to feed off each other’s powers.

STAR WARS THE ROSE OF SKYWALKER IS OUT ON DECEMBER 20