Strictly Come Dancing fans tuned in on Sunday evening (November 1) for the first elimination of the 2020 series. The special episode saw two couples dance again before one pair were sent home. Express.co.uk has everything you need to know about what happened and who left the show.

Season 18 of Strictly Come Dancing was well and truly underway tonight as the first couple was sent home.

All 12 contestants and their professional partners took to the dance floor on Saturday evening.

Their scores from judges Motsi Mabuse, Shirley Ballas and Craig Revel Horwood were then combined with last week’s leaderboard.

Ahead of the public vote, this meant Maisie Smith and Gorka Marquez were at the top of the leaderboard alongside HRVY and Janette Manrara. 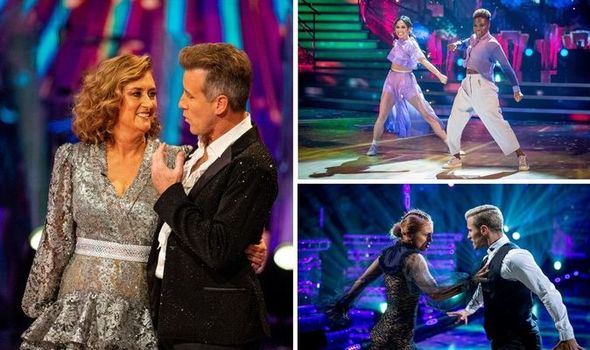 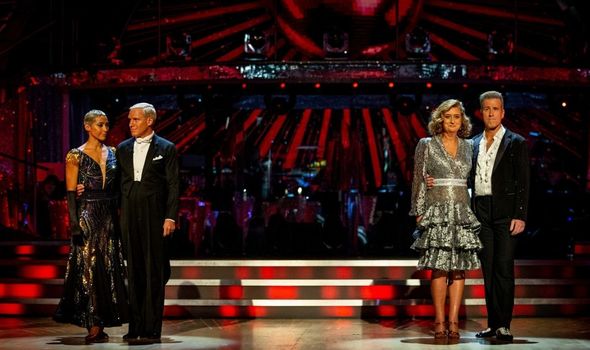 Both impressed the judges in week one and week two, landing them 12 points each.

Also near the top of the leaderboard were Nicola Adams and Katya Jones who performed their couple’s choice dance in Saturday’s show.

At the bottom of the scoreboard heading into the results show were Jacqui Smith and Anton Du Beke.

Other couples in the danger zone were Jamie Laing and Karen Hauer as well as Jason Bell and Luba Mushtuk.

The judges’ scores when then combined with the public vote to decide who was in the bottom two. 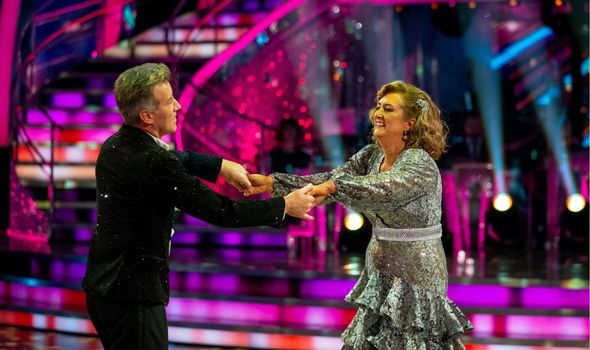 In Sunday night’s result show, the two couples in the bottom two were Jacqui and Anton and Jamie and Karen.

After dancing again for the judges, it was former home secretary Jacqui who was eliminated.

This came after she performed her Samba to Help Yourself by Tom Jones once more.

All three of the judges chose to save Jamie and Karen after their American Smooth to Night and Day by Frank Sinatra. 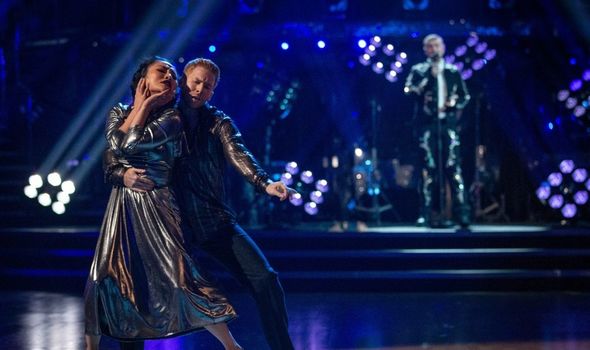 Speaking about why, Craig said: “Based purely on dance merit and what I thought was the better dance of the evening, I’d like to save Jamie and Karen.”

“I just have to say that for me personally, I think that one couple was a little bit on a higher level so I’m going to save Jamie and Karen.”

Jacqui then opened up about her time on the show, thanking Anton for his support.

She said: “I had the greatest adventure it’s possible to imagine.

“I’m just sorry I can’t continue it with this man who has been absolutely fantastic and gorgeous to be with.

“But I don’t feel too much shame in losing to these guys because they are a fantastic bunch of dancers, they really are.

“So I’ll be watching you and supporting you. To Anton, I would like to say you have been just an absolute joy to be with.

“I am so pleased and proud to have spent this time with you.

“And to everybody on the programme, I don’t think people realise just how brilliant the team is that put this programme together and if ever we need Strictly, we need it now so thank you so much.”

Anton also opened up about his partner and added: “Well I’ve loved every second of being in the studio with you.

“We have laughed, you have a shocking sense of humour I can’t begin to tell you.

“You are just the best and I’ve loved it. Thank you from the bottom of my heart.”

Strictly Come Dancing returns to BBC One on Saturday, November 9 at 7.25pm.