Week Nine of Strictly Come Dancing 2019 saw the seven remaining couples head up north to Blackpool as they took to the famous Tower for the first time this series. After Saffron Barker and AJ Pritchard topped the Week Eight leaderboard with a staggering 39 points out of a possible 40, all the celebs were hoping to receive similar scores this week. However, for two celebrities, their efforts landed them at the bottom of the scoreboard.

In tonight’s episode of Strictly Come Dancing, Tess Daly and Claudia Winkleman welcomed the couples of 2019 to Blackpool for the first time.

Alex Scott and Neil Jones took on the Paso Doble to Run the World (Girls) by Beyonce earning a score of 34.

EastEnders star Emma Barton and Anton du Beke performed the American Smooth to Let’s Face the Music and Dance by Ella Fitzgerald – they racked up 37 points.

Michelle Visage and Giovanni Pernice were hoping to avoid the dance-off again this week with their Couple’s Choice to Madonna’s Vogue – they scored 32 out of a possible 40. 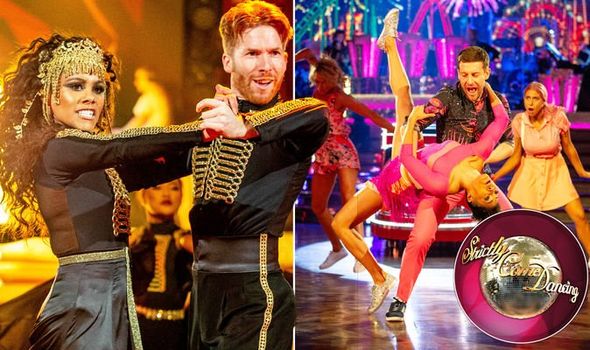 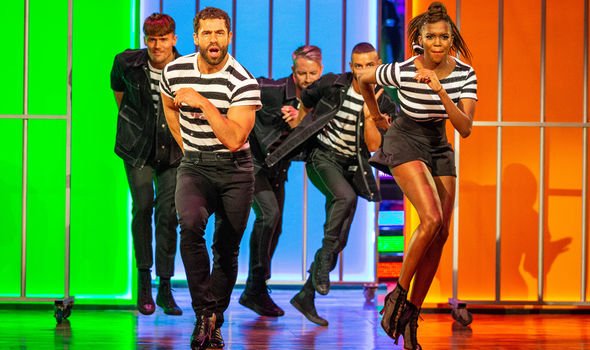 Last week’s leaderboard-toppers Saffron and AJ impressed once again with the Quickstep to Marvellous Party by Beverly Knight, scoring 35.

Karim Zeroual and Amy Dowden earned 39 out of 40 for their Charles to Happy by C2C.

Emmerdale hunk Kelvin Fletcher and Oti Mabuse danced the Jive to Jailhouse Rocky from Smokey Joe’s Cafe and landed 39 points as a result. 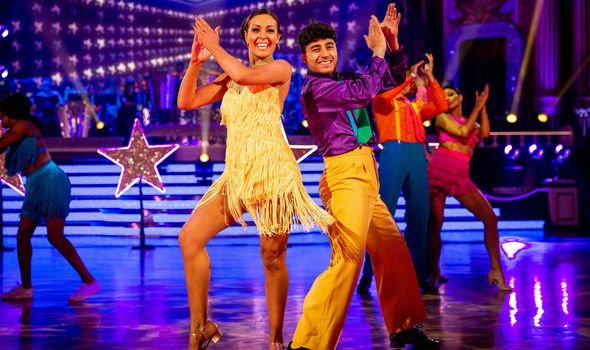 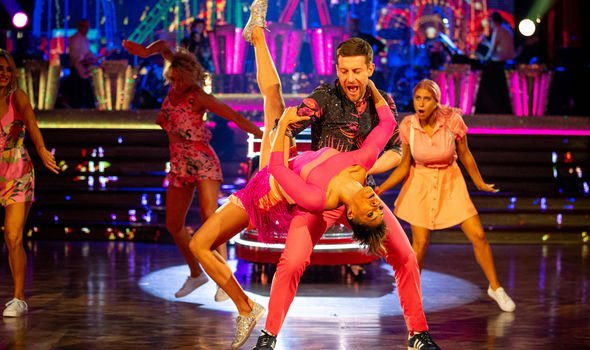 This means it was Michelle and Chris who were the two famous faces in the bottom two.

The show kicked off with Chris and Karen who received a standing ovation from judges Shirley Ballas and Bruno Tonioli.

Bruno described the routine as “a salsa spiced up with hip-hop.”

The second duo taking to the dance floor in Blackpool was Emma and Anton. 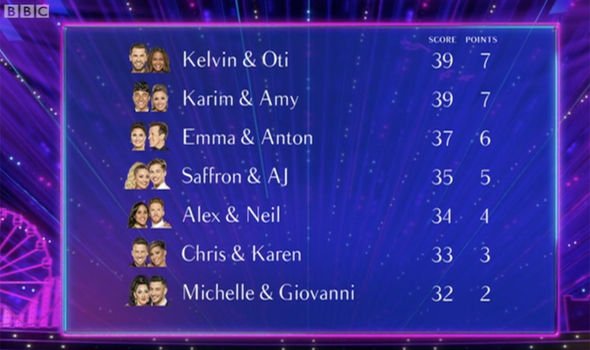 Their American Smooth was “beautifully executed,” according to head judge Shirley.

Third onto the floor in Blackpool were Alex and Neil whose fiery routine received a standing ovation by the crowd.

The positive reaction was replicated among the judges with all bar Craig on their feet.

Fourth in the running order was Kelvin and Oti with their Jive.

Strictly 2019: Anton Du Beke gets his first 10 in show history

Their performance was described as “out of this world,” by Motsi Mabuse.

Fifth to hit the floor was last week’s leaders Saffron and AJ.

Their Quickstep was deemed by Craig as having a few “small timing mishaps.”

The penultimate performance came from Michelle and Giovanni who were hoping to avoid the dance-off for two weeks in a row.

Craig wanted “more definition” from Michelle but did give her praise for the sentiment.

Karim and Amy ended the show in style, receiving a standing ovation from Shirley and Motsi for their Charleston.

Strictly Come Dancing 2019 continues every Saturday on BBC One.