Husband and wife Aljaz Skorjanec and Janette Manrara are currently separated as they train with their Strictly Come Dancing partners but that hasn’t stopped them from discussing the routines they perform each week. Last Saturday saw the couple both perform the Viennese Waltz with their respective celebrity partners. Reflecting on her routine with HRVY, Janette explained she told the popstar to look to Aljaz for inspiration.

HRVY, 21, achieved an impressive score of 24 points for his Viennese Waltz to Stuck with U on Saturday night.

It seems his brilliant performance may have been down to a top tip from partner Janette to look to Aljaz for guidance on how to dance the tricky routine.

Speaking on Morning Live earlier this week, Janette admitted she told HRVY to copy her husband.

Host Gethin Jones remarked: “You pulled off a fantastic dance on Saturday night, the Viennese Waltz with HRVY. 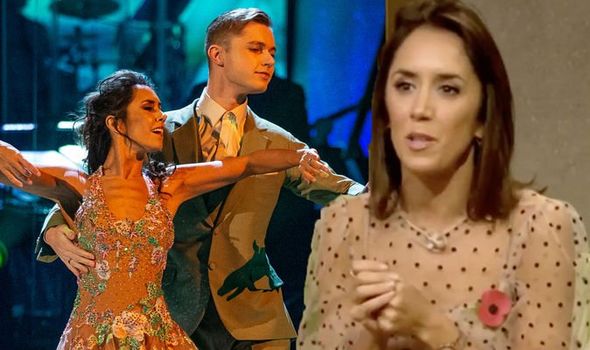 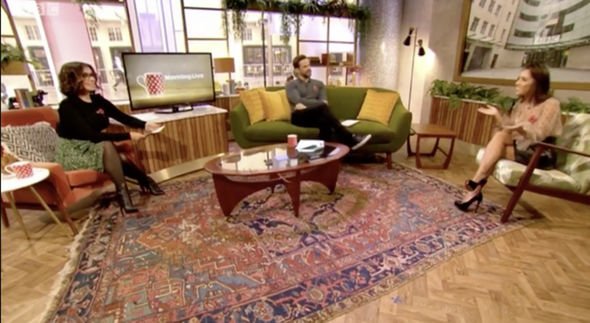 “Meanwhile, the hubby was also doing a Viennese Waltz with Clara.

“What was that about? Are you both competitive during the week?”

“No, on the contrary,” Janette replied.

“I actually was telling HRVY, ‘Look at Aljaz, look at what he’s doing. Copy that and do it on the floor!’ 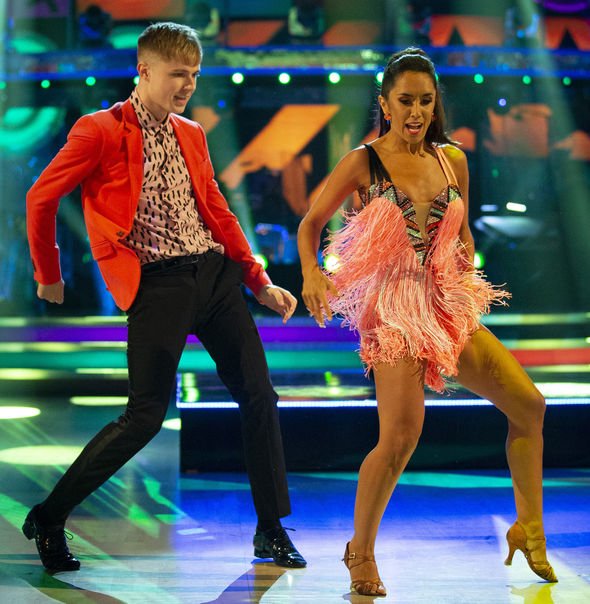 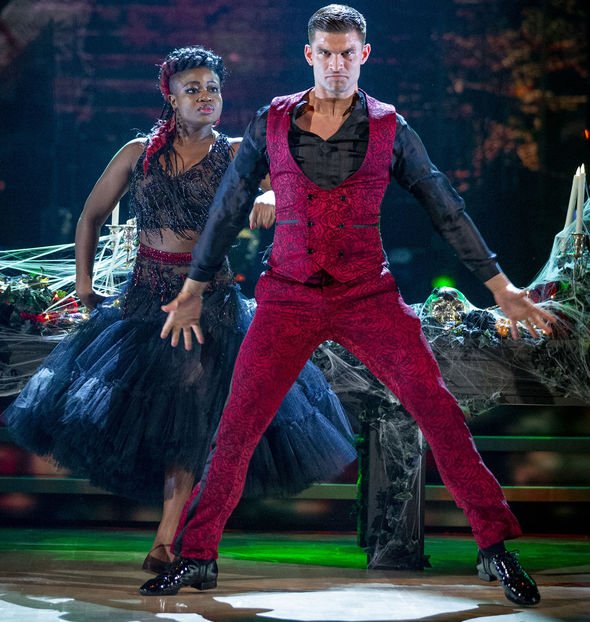 “Aljaz and I are the dream team, I always say. He’s my best friend and everything we create on the show, we create together.

“Although this time we did it through FaceTime because we can’t do it together.

“So we were on FaceTime looking at each other, trying to figure out what’s the next step we can do.

“‘She can do this or HRVY can do that,’ but yeah, it was nice to have the same dance I guess.”

This weekend, HRVY will be performing the Cha Cha Cha to Don’t Go Breaking My Heart.

He’ll be hoping to continue impressing both judges and viewers with his routine as he is now joint favourite to win the series.

According to bookmakers Ladbrokes, both HRVY and Maisie Smith make this series a two-horse race with odds of 2/1 of lifting the Glitterball Trophy.

Meanwhile, Clara Amfo’s Viennese Waltz with Aljaz only achieved a score 17 as she danced to You Don’t Own Me.

She’ll be hoping to show some improvement this week as she takes on the Tango for Movie Week.

The Radio 1 DJ will be performing the Ballroom routine to Lady Marmalade.

Clara’s odds of winning this year’s series remain at 10/1 meaning she’ll have to pull something impressive out of the bag this week.

Alex Apati of Ladbrokes said: “HRVY and Maisie have taken the series by storm so far and if anyone is to challenge them for this year’s crown, it looks like being Bill at this stage.”

Strictly Come Dancing airs Saturday on BBC One at 7.25pm.