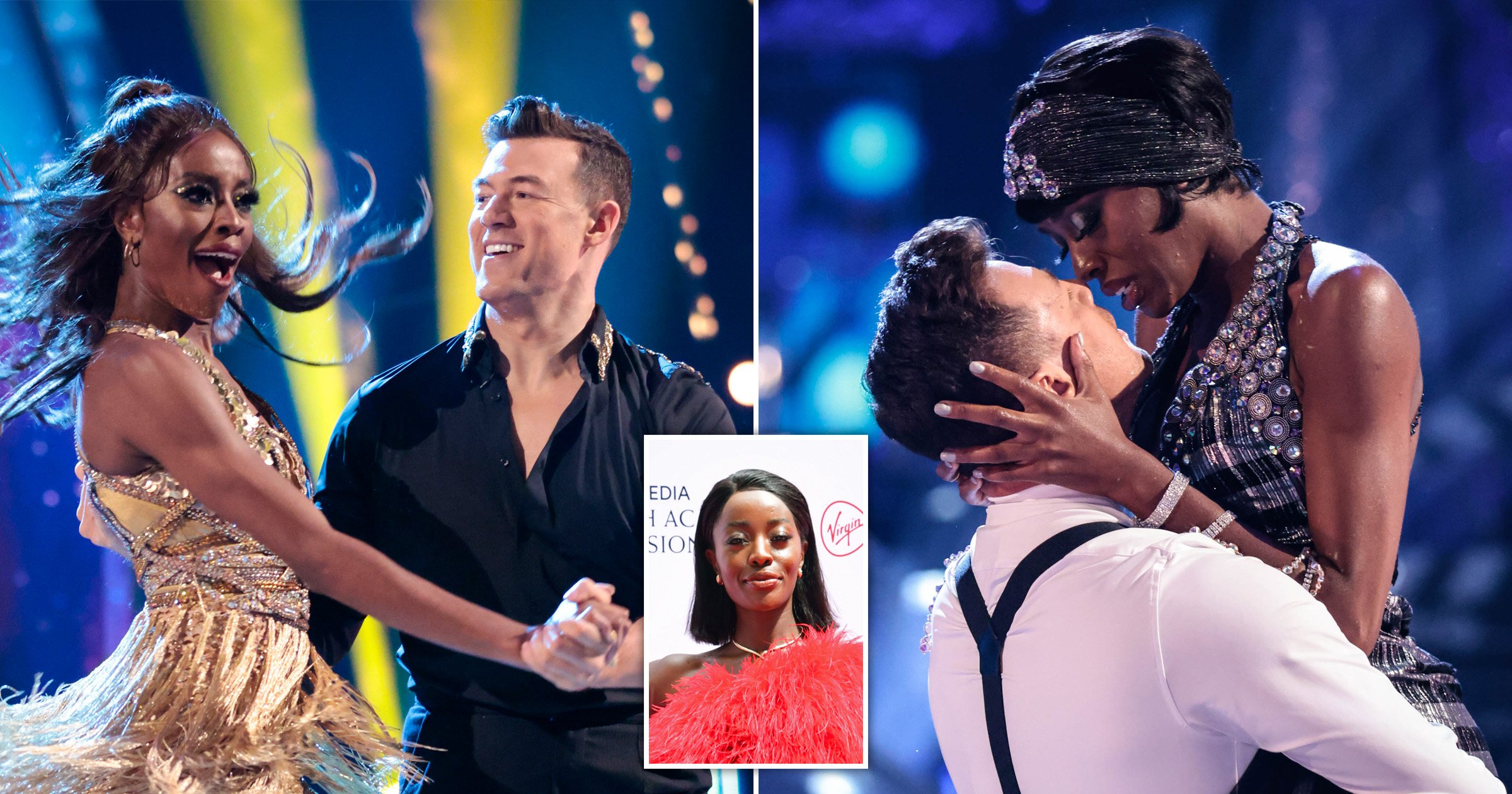 AJ Odudu and Kai Widdrington were forced to pull out of Strictly Come Dancing due to injury this year ahead of the final, but the pair could yet be invited back to perform on next year’s show.

According to reports, show bosses are considering having the couple return for a one-off appearance.

A source told The Sun: ‘The winner of the show returns to perform again for one dance when the series starts up again and it’s been suggested AJ could be allowed to come back for one last turn on the dance floor.’

Strictly fans were devastated after AJ announced that she would not be able to compete due to her ruptured ligament, leaving fellow contestants heartbroken.

Taking to Instagram to share the news, AJ wrote: ‘I want to say a huge thank you to the Strictly family for the experience, the medical team for trying to get me back on my feet and mostly, to everyone at home watching and supporting.

‘You’ve made this experience one to remember and I couldn’t be more grateful for your well wishes. Strictly Come Dancing has been a lifelong dream of mine and I’m glad it came true.’

She appeared in a front row seat on the night of the final, and tearfully admitted her ‘heart was broken’ during an interview with Claudia Winkleman.

The Strictly final was watched by 11 million people as history was made with John Whaite and Johannes Radebe as the first same-sex finalists, and Rose Ayling-Ellis becoming the first deaf person to bag the trophy.

Strictly Come Dancing is available to stream on BBC iPlayer