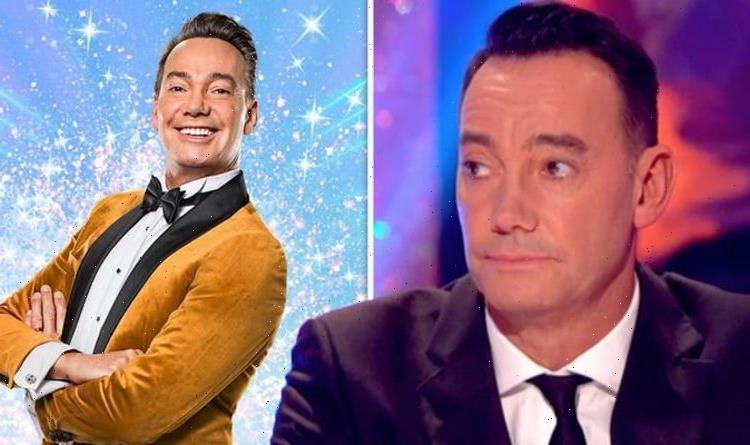 Craig Revel Horwood has a reputation for being the hardest judge to please on Strictly Come Dancing and over the years many celebrities have admitted they were the most nervous to hear his feedback. However, the BBC judge has hit out at those who think he was too harsh and hinted there were some celebrities who “never should have signed up”.

Craig and Bruno Tonioli have both been judges on Strictly ever since the very first season.

However, Bruno was forced to take a break last year due to his commitments to America’s Dancing with the Stars.

The judge will also be missing out on this year’s show with Anton Du Beke stepping into the role.

In a recent interview, Craig and Bruno opened up on their Strictly relationship with former contestant Ed Balls.

Asked if they were friends before the series, Bruno said: “No, we never met.

“We both worked for Arlene [Phillips] as dancers. But we never crossed paths, because Craig was theatre, I was film, television, music.”

Ed suggested Craig was a lot more generous with his comments and scores last year.

“I thought he was like Mother Teresa,” Bruno commented and Craig added: “I wanted to put a positive spin on it.”

The former Labour politician asked the pair whether they felt they were ever too harsh on him.

“We told you the truth,” Craig argued. “You should never have signed up and taken the money.”

Bruno added: “You knew what you were getting yourself into!

“And you were very, very good. You didn’t fool me for a second.”

“You squeezed that lemon for every drop, and I loved it,” he told Radio Times.

Although Bruno won’t be joining Craig on Strictly this year, the pair will be setting off together for the new ITV show Craig and Bruno’s Great British Road Trip.

Meanwhile, speculation is rife over which celebrities will be unveiled as part of the 2021 line-up.

The Voice host Emma Willis has been tipped as a likely contender according to bookmakers Ladbrokes.

After it was revealed that Channel 4 have axed The Circle this year, Ladbrokes have slashed Emma’s odds of appearing on the show to 6/4.

“It’s no secret Emma Willis would be up for a Strictly stint, and the latest odds suggest she could well get her wish later this year,” Alex Apati of Ladbrokes said.

Emma recently told The Sun: “If I had time, I would do it in a heartbeat. Like I absolutely love it.”