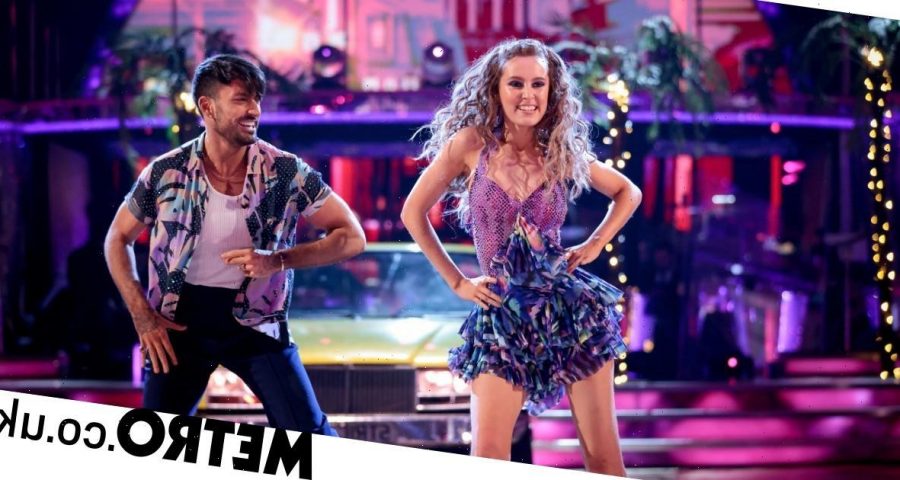 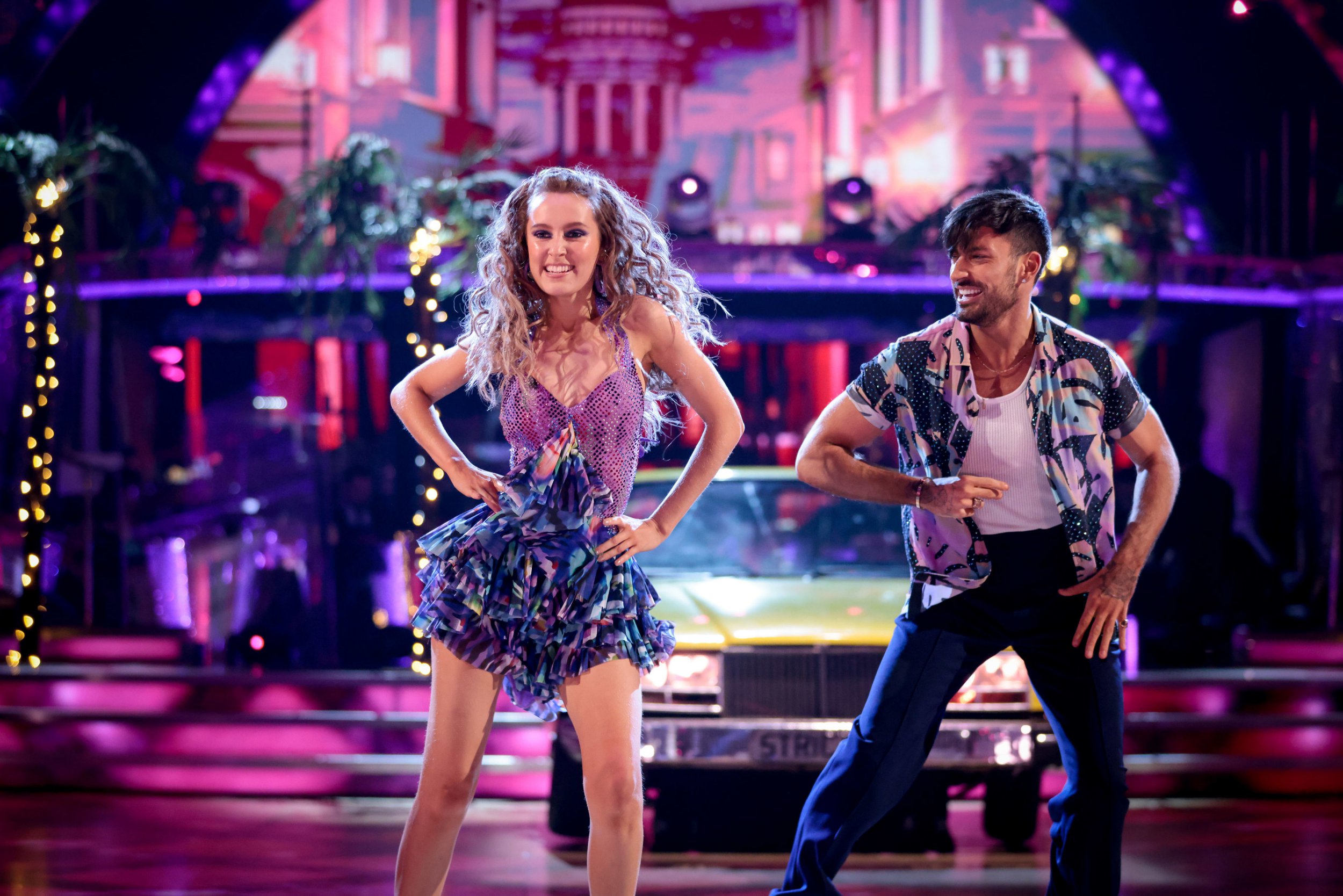 When I saw Rose Ayling-Ellis and Giovanni Pernice using British Sign Language (BSL) at the start of their Viennese Waltz on Strictly Come Dancing I felt so proud.

The pair had a pretend argument as part of their performance and I loved how their use of BSL set the tone of the story they were portraying much more effectively than a verbal argument would be – sign already has that musicality.

As a Deaf person and huge Strictly fan, Rose’s dances are always the most exciting part for me because it’s the first time I have ever seen my culture represented so accurately on screen and it’s a huge step forward for Deaf representation in the UK.

I’ve been Deaf since I was 11; I only found out by accident after I had a routine hearing test. Doctors told me I had a mild hearing loss and fitted me with hearing aids, then over the course of the next two years, I lost my hearing completely.

It was terrifying at the time, but now I consider it to be the best thing that’s ever happened to me.

I wear cochlear implants now, having had them fitted in 2018 after I lost the last of my hearing. When they’re on, I can hear maybe 50-80% of what everyone else can, provided I put the work in.

Basically, it’s like hearing in a different language, but because I have memory of hearing ‘normally’, my brain corrects the electric sounds to ‘human’ sounds.

When I have my implants off, I can’t hear anything, but I have a really great sense of touch, so I feel vibrations coming from audio sources through the ground, through the air, which I can sometimes make sense of. I think this may be one of the ways Rose ‘listens’ too.

Before my diagnosis, I had dance lessons and now I still absolutely love dancing, but I experience it in different ways when my implants are on and when they’re off – I enjoy dancing and listening in both instances.

When they’re off, I feel the beat of the music much more, like bassy club music is good (especially because of how loud it tends to be), so dancing tends to come more from rhythms. When my implants are on, I can generally access the melody and musicality of a song better, so dancing can be a bit more lyrical.

I think it’s a huge privilege that I am able to play about with both – hearing people can’t do that!

When I first heard in September that Rose was going to be on Strictly, I was so excited, but I was also nervous knowing that there would be an impending surge of conversations around deafness.

The boost to Deaf representation is great but people can often be very ignorant to the truth of what we can and can’t do – built on negative stigmas and expectations.

Nevertheless, after the announcement and the launch show, I was mostly excited about her dress, but isn’t that always what we judge contestants by to start with?

Just as I expected, seeing Rose dance for the first time was amazing! The jive itself was great, and it was really satisfying that the judges liked it too. It’s been really enjoyable to sit back and watch the nation realise she’s a force to be reckoned with.

She’s just got better and better every week – and what a record to show for it that she’s got the earliest 40 in Strictly history! That’s all down to her.

I wish it wasn’t a surprise for other people, and that we’d stop taking Rose’s deafness as her defining characteristic, but I think the understanding of deafness across Britain since her debut has changed so drastically.

I’ve absolutely had to myth-bust about Deaf people understanding music though, before Rose was on Strictly but now even more.

I’ve been correcting people recently who seem determined that her deafness must be overexaggerated or a hoax because she’s doing so well on the show, which is ridiculous. People don’t seem to understand that deafness is a spectrum; it’s still very much the general (incorrect) concensus that deaf means no sound whatsoever.

Now it’s rather a case of enduring the pleasantly surprised viewers who talk about how it’s a miracle when a Deaf person can understand music decently. It’s not down to whether a Deaf person can hear well enough, it’s about whether they can put one foot in front of the other.

I think Rose is the only Deaf person I have ever seen on British non-scripted television, and the fact she is able to be exactly herself – with a recognisable sense of humour that my Deaf friends and I use – is phenomenal. Like with the sign name (‘Lizard’) she gave Giovanni – it feels almost mocking and mean to an outsider, but that’s how we show affection in our community.

Not just that, but so many people watch Strictly. Even if they’re not invested, they might put it on in the background because it’s at such a peak time, and they’ll see my language, they’ll see elements of my culture. That’s unprecedented, and it means more than I can really say.

It also always makes me choke up a little when the audience applauds in BSL – doesn’t it look more pretty and ‘Strictly-fied’ than boring old clapping? It’s lovely to see the other dancers signing ‘thank you’ when they’re out of breath at the judging panel or drowned out by applause during the results show, too.

I wish I could watch interpreters throughout though because I always find myself craning around the TV to try and see Rose’s personal interpreter. The subtitles on live BBC programmes are always delayed, and BSL is my preferred language – not English – so I wish the interpreters were allowed to stay standing next to Tess and Claudia when they do the interviews and the links between.

Thankfully, we’re finally at a point where people aren’t saying that Rose is ‘great for a Deaf person’. Now they’re saying: ‘Rose and Giovanni are going to win Strictly, and I can’t wait to see what they’ll dance to next!’

I absolutely believe that they’re going to win.

It’ll mean so much for me and other Deaf people and we couldn’t ask for a better role model.

The National Deaf Children’s Society is the leading charity supporting the UK’s 50,000 deaf children and their families.

Anyone wanting advice or support can contact the National Deaf Children’s Society’s freephone Helpline on 0808 800 8880. For more information, visit the charity’s website, www.ndcs.org.uk