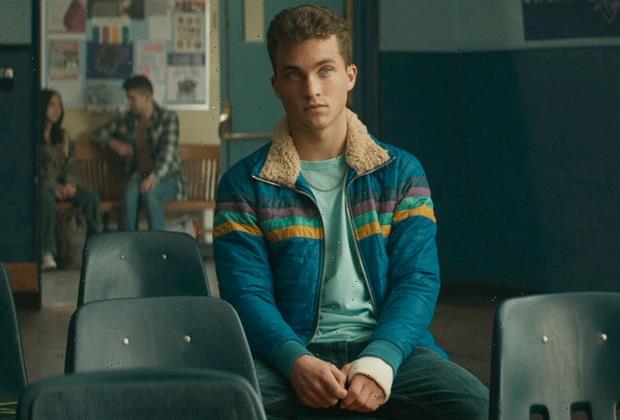 Jonathan received an unexpected crash course in the multiverse on Tuesday’s Superman & Lois, and he may never look at either of his parents the same way again.

While investigating John Henry Irons’ van with his mother, he learned everything — that John was Lois’ husband on the other earth, that they had a daughter named Natalie, and that this other Lois was murdered on live TV by her earth’s Superman. And when Jonathan later put himself in harm’s way, he received the scolding of a lifetime. (That was some excellent work by Bitsie Tulloch.)

This close call inspired Lois to share another painful secret: When Jordan and Jonathan were 18 months old, Lois miscarried. She had planned to name the baby girl after her grandmother… Natalie! Hold for gasps.

On a lighter note, the seemingly inevitable battle between John and Superman was ultimately avoided (or at least postponed) when an attack from one of Edge’s X-Kryptonite soldiers confirmed that Lois’ two husbands are actually fighting against a common enemy. John even packed up his RV and appeared to drive out of the Kents’ lives… but for how long?

Elsewhere this week, Kyle went on a bender after learning that Lana purposely excluded him from Edge’s top-secret project, unaware that his wife was actually doing him a solid. This kept Kyle from backing up Sarah at her audition for the school’s musical revue, but Jordan swooped right in and saved the day — after conquering his own fear of playing piano in front of a crowd.

Below, actor Jordan Elsass takes us inside Jonathan’s head as he begins to process what he saw in John’s van:

TVLINE | Jonathan learned quite a bit this week, but what about you? Were you familiar with John Henry Irons before now?
No, this was all pretty new to me. I hadn’t heard of Steel or John Henry Irons until we were told that Wolé would actually be playing him. And the writers kept some of that under wraps, even from the cast, because they wanted it to be a surprise to us. So it was a huge reveal for Jonathan. He’s also beginning to realize that even though he found out his dad is Superman, that doesn’t mean his parents are going to tell him everything that’s going on. And he wants to know. He wants to help, to get involved and to make himself useful. That’s when the trouble comes for him, when he can’t be useful. He gets out of his head by helping other people.

TVLINE | Which only makes it more tragic that he doesn’t have powers.
I think it makes him more interesting in some ways to not have powers — at least not yet. And even if he doesn’t ever get powers permanently, I think it could be something temporary that we could tease in an episode and make people wonder if he’ll ever get them. He’s very vocal about wanting powers. And who wouldn’t be? Who wouldn’t want powers?

TVLINE | It feels like he’s growing closer to Lois as a result of all of this.
Definitely. Jonathan played football with his dad when he was growing up, so he was closer with him as a kid. But he’s at a turning point in his life now. It happens to a lot of us, and I think people will find this very relatable. He knows that he has some traits from his dad, but he doesn’t have his powers. So who in his family does he confide in? I think that’s going to be Lois. Of course, there are also things he’s not going to be able to tell Lois, and he’ll always have Jordan for that. They’ll always be able to confide in one another.

TVLINE | What was it like shooting those really intense scenes with Bitsie?
First of all, watching her work was humbling. She really brought it on those days. Nobody had to say, ‘Quiet on the set,’ everybody just knew. And I had to bring it, as well. The pressure was definitely on those days. But it was also a blast. It’s a rush to do scenes where you’re really feeling those emotions. And it’s exhausting bringing tears to your eyes 20 times in a row. Some of the hardest days I’ve worked were on this episode. But it’s in these moments that you really see who these characters are, so I appreciate that.

TVLINE | What’s Jonathan’s next move? Is he going to share what he saw?
He’s confused, and he’s not quite sure what to do, so he’s just internalizing it. That’s definitely going to put a strain on him as a person. Even though it wasn’t his mom [who was killed on the other earth], it’s still his mom. That image is in his head, and it’s very real for him.

TVLINE | Might he also be a little freaked out by his own father now?
Oh, there’s no question. It was horrifying to watch, I can’t even imagine. Again, it’s not Jonathan’s dad and mom, but it’s still very scary.

Your thoughts on Tuesday’s eye-opening Superman & Lois? Drop ’em in a comment below.