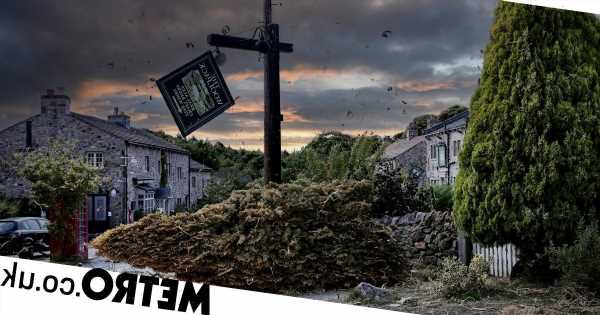 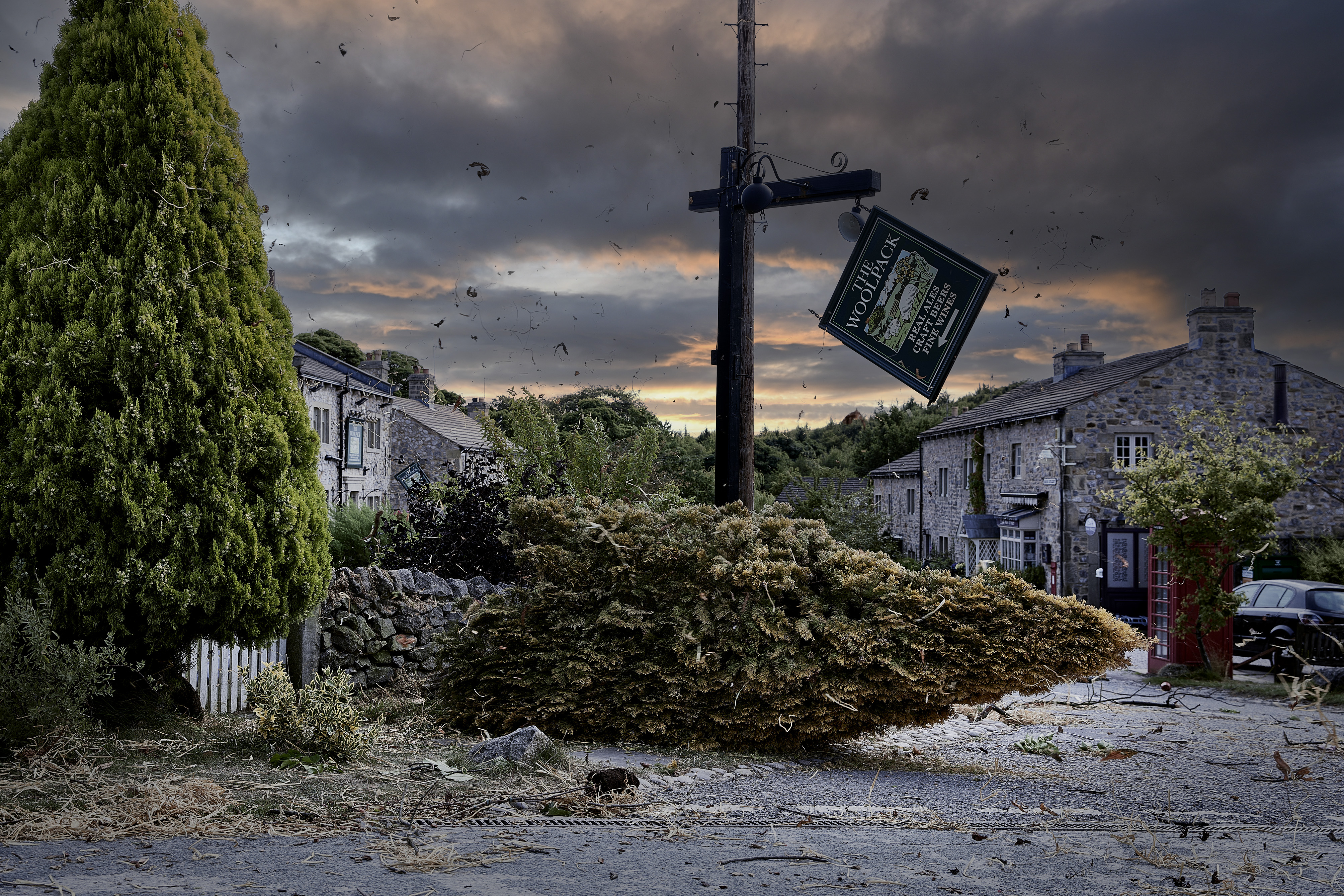 As the epic storm finally abated in tonight’s Emmerdale, the villagers were left counting the cost.

Harriet (Katherine Dow Blyton)’s death came as a massive shock, particularly to Will (Dean Andrews) and Dan (Liam Fox) but also to Dawn (Olivia Bromley) and Billy (Jay Kontzle). Harriet was a central character in the village and if she’d been the only one to lose her life it would still have had a massive impact.

Sadly there was worse to come as Liv (Isobel Steele) became the second person to die as a result of the unprecedented winds that devastated Emmerdale. Crushed when a caravan blew over, Liv’s death completely tore the hearts out of her husband Vinny (Bradley Johnson), brother Aaron (Danny Miller) and Paddy (Dominic Brunt), who thought of Liv as his daughter.

Meanwhile there was some better news about Sam (James Hooton) – whose impalement on a piece of farm machinery looked unsurvivable. He’s going to be left with an ‘impressive scar,’ according to his doctors, but he’ll be fine.

This was obviously a massive relief to Lydia (Karen Blick), who went to visit her husband as he lay unconscious in his hospital bed. She had news for him, too – Amelia (Daisy Campbell) had just safely given birth to their granddaughter in another part of the hospital.

She said she wished Samson (Sam Hall) had been there to see the baby being born but she was convinced that ‘Once he sets eyes on her he’ll be smitten.’

But where is Samson? Back at Wishing Well, Belle (Eden Taylor-Draper) and Zak (Steve Halliwell) were beginning to wonder where he was after realising that he wasn’t at the hospital with Amelia.

Belle sent him a text – and we saw his phone with its screen smashed, lying on the grass amid some fallen tree branches. There was no sign of Samson.

Has he become the latest victim of the killer storm?