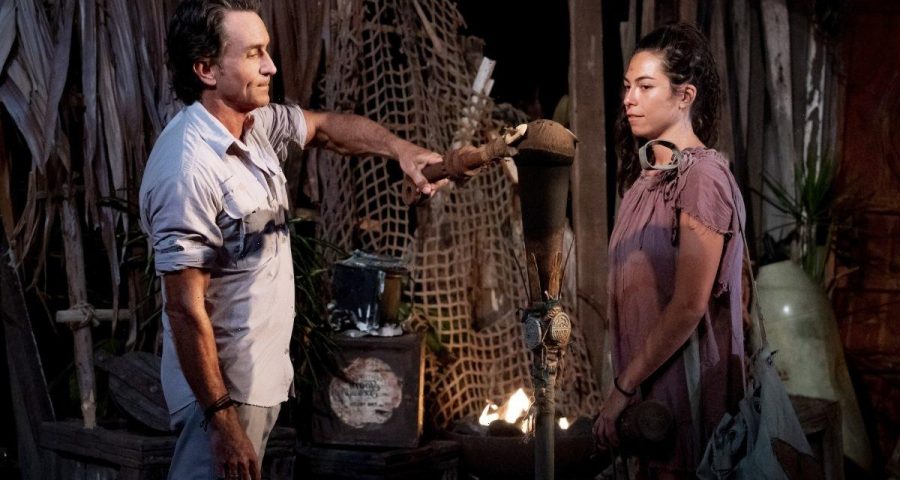 Survivor Season 41 Episode 7 was the wildest episode yet this season. Host Jeff Probst promised more twists and turns in the 26-day season than fans have ever seen before — and he certainly delivered. Now, Survivor cast member Sydney Segal is dishing on how she felt at camp and playing with some of the other castaways. And she noted she didn’t get along well with fellow contestant Heather Aldret.

[Spoiler alert: Survivor Season 41 spoilers ahead regarding what happens during episode 7.]

Survivor Season 41 Episode 7 featured a “live” Tribal Council with plenty of scrambling, whispering, and paranoia. So, who got voted off Survivor on Nov. 3? Sadly, it was Survivor cast member Sydney Segal who got her torch snuffed.

The episode began with Erika returning from Exile Island and revealing she broke the hourglass. Smashing the hourglass reversed who was safe at Tribal Council. This now meant Danny, Ricard, Sydney, Deshawn, Evvie, and Naseer were potentially up for elimination.

At Tribal, Evvie, Xander, and Tiffany fooled Liana. Liana attempted to use the Knowledge Is Power advantage to steal Xander’s immunity idol, but Xander presented her with a fake. This threw Liana, Danny, Deshawn, Shan, and Ricard into a tailspin, as they wanted to vote Evvie out but feared Evvie had the real idol. At the same time, Evvie, Xander, and Tiffany hoped to vote Deshawn out of the game.

Amidst the chaos, Sydney’s name was thrown into the mix by Liana, Danny, Deshawn, Shan, and Ricard as a backup plan if Evvie used the immunity idol. Sydney hoped to gain safety by using the Shot in the Dark twist, but it failed. She was voted out.

Survivor Season 41 cast member Sydney Segal shared her thoughts about the game, the cast, and that Tribal with Entertainment Weekly. And she mentioned she had a personal beef with player Heather Aldret. When the interviewer asked Sydney how she felt about Heather, Sydney mentioned, “we are not friends.”

” … [S]he was very holier-than-thou, I would say,” Sydney added. “She’s just such a know-it-all. You can’t say anything without her [making] the conversation about herself.” Sydney then explained she grew annoyed when Heather would relate experiences at camp back to her life at home.

But Sydney then said Heather once insulted her parents and insinuated her immaturity. “You’re like a 52-year-old child,” the eliminated player added. “Or where I’m saying I would want kids and she’s like, ‘Oh, you know, being an older parent made me a better mother.’ I’m like, ‘OK, congrats. But I want kids younger.’”

Sydney Segal also didn’t get along with Naseer Muttalif

Along with Heather, Sydney also didn’t get along with Naseer Muttalif. Naseer voted against Sydney in Survivor Season 41 Episode 7 and became a deciding vote in whether she went home. And it seems they had a number of issues at camp.

“And one thing you didn’t see was there was a point in time where I was kissing Naseer’s a**,” Sydney noted in the interview. “It was painful because he was extremely difficult to live with. But the women were getting eliminated, and on my tribe, I was close to Danny and Deshawn.”

Overall, Sydney notes she has mixed feelings about the cast. “When I think of the season 41 cast, I’m like, ‘I hate you all. Like, literally get out of my life forever,’” she added. “But then when I pick them out individually, it’s like, ‘That’s family.’”