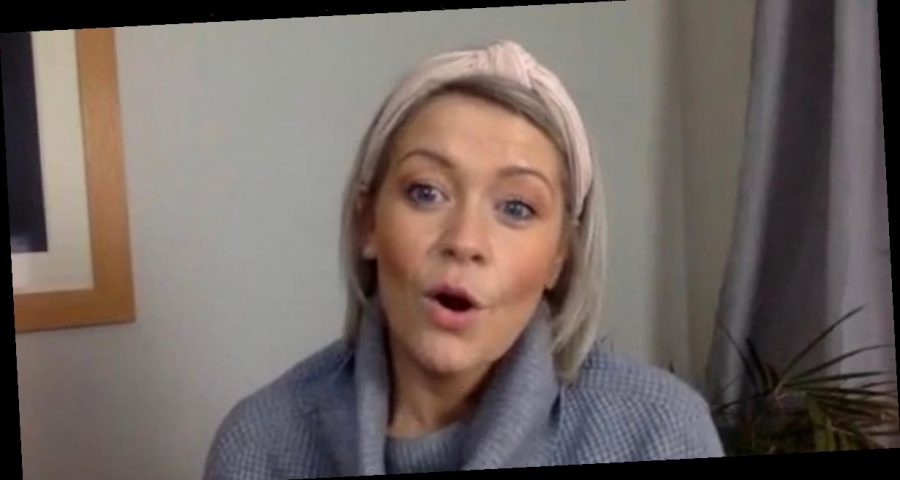 Suzanne Shaw has hit out, claiming her former Hear'Say bandmate Myleene Klass "was robbed" after she became the first contestant to leave Dancing on Ice last week.

The 39-year-old appeared on Daily Star's Facebook Live to conduct a candid interview surrounding the ITV skating show, later touching on the importance of mental and physical wellbeing during the pandemic.

During the live coverage, Suzanne, who won the competition in 2008, confessed that she had been in touch with Myleene to give her some of her top tips for the ice.

The former pop-star seemed upset for her pal, following her elimination at such an early stage in the competition.

Speaking with Daily Star she did confirm that her musical friend was incredibly "nervous" about her initial performance.

Addressing Myleene being axed by the judges on Sunday, Suzanne fumed: "Myleene was robbed being the first to go."

While Suzanne couldn't have praised the ITV show more highly, she did "understand" why the programme came up against critics when it came to utilising an already over-stretched NHS for stars who had been injured on the ice.

Suzanne hit the headlines earlier this week when she questioned the ethics of the show's celebrities and their partners needing hospital treatment during the pandemic.

However, the blonde starlet wanted to set the record straight and was insisted her comments had been blown out of proportion.

She said: "I completely understand that it's putting strain on the NHS but I love watching Dancing on Ice but I can see both sides of the argument."

The Emmerdale actress was sympathetic to the argument that, if the ice skating show came to halt, then other sporting events would also have to follow suit.

Previously, when speaking about Denise Van Outen's recent injury in an article for Closer, Suzanne wrote: "Dancing on Ice can be dangerous, and it did make me think about whether the show should be on at the moment.

"Our NHS is already struggling under the strain of the coronavirus pandemic, so does it help if people are heading into hospital because of injuries created by an entertainment show?"

She explained: "I can understand the public backlash DOI got over that."

Dancing on Ice returns to screens on ITV this Sunday.