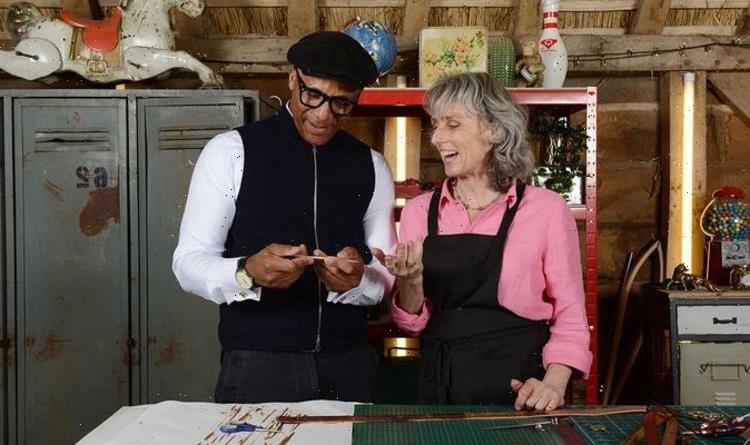 Repair Shop guest in tears after sewing machine is restored

Suzie Fletcher is a fan-favourite on BBC One’s The Repair Shop and she is the show’s expert saddler. The star, from Oxfordshire, has a love of horses that stems from her childhood and she went on to have a successful career in saddle-making. Express.co.uk has all you need to know about how old the talented restorer is.

How old is The Repair Shop’s Suzie Fletcher?

Suzie has been working in the saddle-making industry for more than 40 years and she has loved horses for as long as she can remember.

Her love of design and making things came from her mother, who was very skilled when it came to making clothes.

Her father was a watchmaker, so it seems she got some of her talent from her parents.

As a teenager, she visited a saddler as her own horse’s saddle was broken and she learned it was unfixable.

This inspired her to take the piece of equipment apart and rebuild it herself.

According to starsgab.com, Suzie Fletcher is 60 years old.

Her age has never been confirmed, but she mentioned she began work as a saddler in 1975 when she was just 14.

This would place her in her late 50s or early 60s, and she is the elder sister of Steve Fletcher.

Steve, who is 57, also features on The Repair Shop and he specialises in fixing clocks.

He encouraged Suzie to join the programme and she has loved being a part of the team ever since.

She received training from saddler Ken Langford, whom she considers to be a best friend.

Ken still mentors Suzie to this day and she values his support in helping her achieve her dream career.

She spent 22 years working in America as a saddle maker but returned back to the UK after her husband died.

Suzie joined The Repair Shop at the start of the second season and she has never looked back.

She joked about how her brother would always look as though he was having an amazing time on the show.

She would ask if they ever needed anyone to fix up leather, she would be a great fit.

She told Hello!: “I really was joking but after several phone calls and a lot of reassurance from Steve I agreed to give it a go and joined the team.

“I’m so happy I did as this is one of the most enjoyable things I’ve ever been involved with it’s also helped me through some very dark days.”

Suzie appears on The Repair Shop on BBC One alongside host Jay Blades and Will Kirk – an antique furniture restorer.

She has her own website and says she has been inundated with requests.

She is a member of the Society of Master Saddlers, specialising in the restoration and repair of saddles.

The restorer is also great at repairing solid leather furniture and other leather goods.

Speaking to The Times, she explained how featuring on The Repair Shop helped “heal her” as she adjusted to life back in the UK.

She said: “The whole team are so nice, and the show felt so natural, so I suppose I grew into it.”

The Repair Shop airs on Wednesdays on BBC One.