Much like its main rising basketball phenom, “Swagger” has all the skills it needs. At the outset of the new Apple TV+ drama, we’re introduced to Jace Carson (Isaiah Hill), a touted 14-year-old Maryland prep prospect who can show off his ball-handling skills and a cradle dunk all in a single take without the disguise of camera trickery. Soon, he gets a coach in former phenom Ike Edwards (O’Shea Jackson, Jr.) And Jace has a fiercely devoted mother in Jenna (Shinelle Azoroh), who considering this show is based on the early experiences of Kevin Durant is destined for her own special recognition at some point in the future.

It doesn’t happen right away, but the longer the series’ opening season goes, the more it figures out how to utilize all the tools at its disposal. “Swagger” is so concerned with setting up Jace’s stakes from the get-go that the early episodes often feel like a motivational commercial. He’s got pre-dawn workout sessions with him running up a hill. He’s taking shots in an empty gym with a 360 camera swirling around him. In establishing Jace’s future star bona fides, there are times when he feels one heartbeat away from looking straight down the barrel and delivering an ad campaign slogan.

But once Jace starts to get out of his own head (and the show gets away from social media chatter as the show’s main source of conflict), it settles into a much more fruitful rhythm as the other people in Jace’s life come into focus. Through lifelong friend Crystal (Quvenzhané Wallis), “Swagger” shows that the boys’ game isn’t the only one in town. Her own road to peace on the court has its own complications beyond the pressures of sports. The scenes at home with Ike and his wife Tonya (Christina Jackson) are some of the series’ best so far. There’s an ease to their understanding of each other that focuses his past and his reasons for coaching better than a handful of other vague, ominous conversations elsewhere. 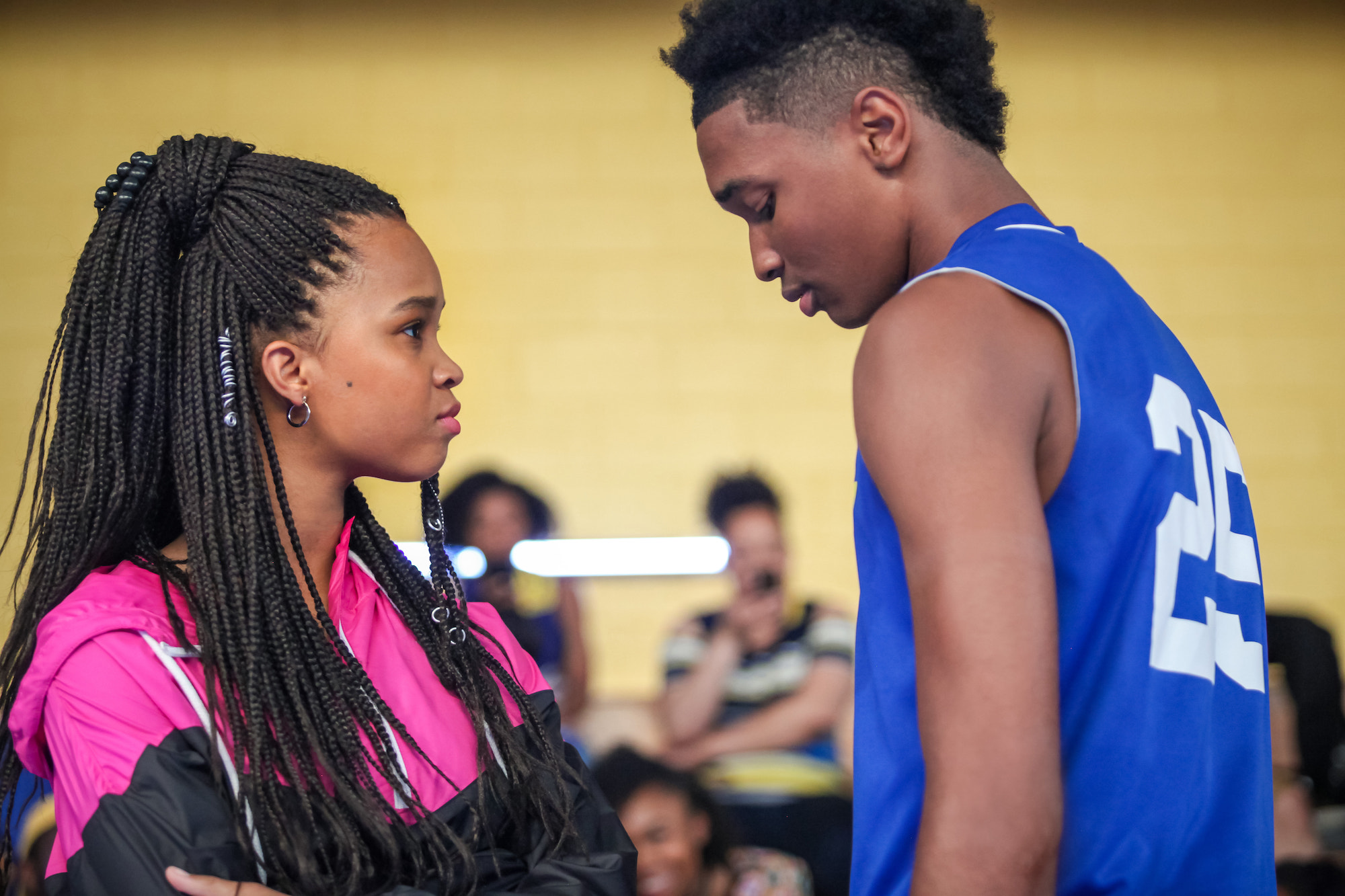 Once Jace’s many teammates start to get their own chances to take the spotlight, “Swagger” gets a better sense of balance. From the team’s big man with a big heart Phil (Solomon Irama) to the father-son combo of assistant coach Naim Rahim (Sean Baker) and point guard Musa (Caleel Harris), the show finds avenues into the lives of the other players. From there, “Swagger” has less of a need to pad out Jace’s arc as one of merely rising above his detractors. There’s just as much value here in showing community as there is in adversity.

“Swagger” has some staples of other uplifting sports stories. The show wouldn’t be complete without a few training montages, with the team running drills as Ike shouts out motivation in between whistle blows. Jace’s team ends up on a roller coaster of trust, with misunderstood choices and tiny betrayals ebbing and flowing over the course of the season. There’s also a certain amount of tension from the inevitable “new player joins the team” subplots.

Where “Swagger” really takes off is in those moments in between those familiar pillars. They come with no proclamations, no expectations, just a team galvanizing around that indescribable bond that makes family out of guys who happen to wear the same jersey. It’s what then makes those on-court sequences sizzle, knowing those step-back 3s and high screens don’t happen in an emotional vacuum. It’s also worth saying that “Swagger” also benefits from having its young stars be able to actually play on the court. The windmills and trackdown blocks give as much jolt to the show as they would a live game. The greatest parts of “Swagger” are able to capture that spirit in the same way that makes “Last Chance U: Basketball” one of the year’s best shows. You don’t need a steady stream of buzzer-beaters if you know how to find the drama on the court that’s already there. 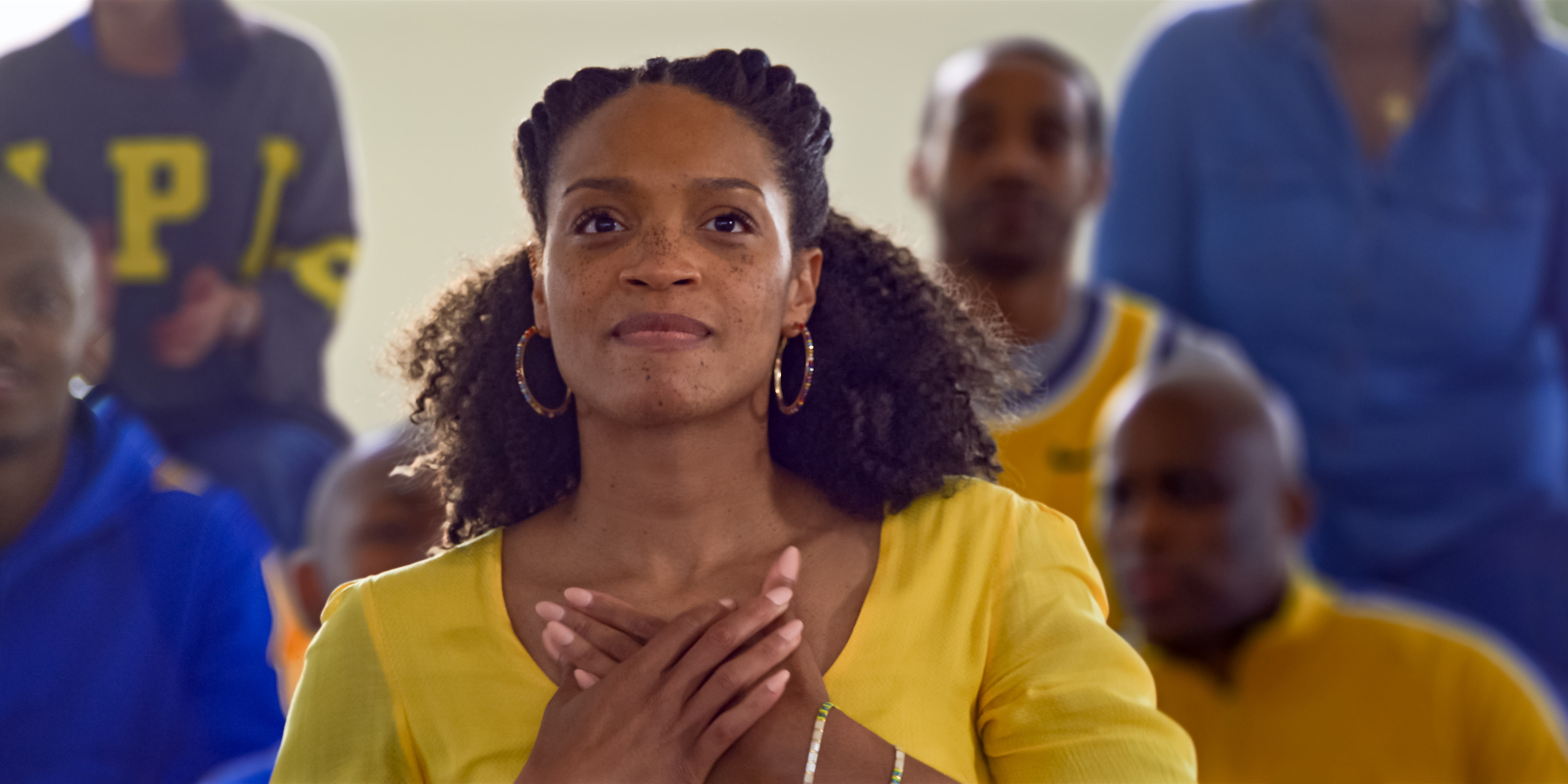 And as much room as “Swagger” makes for the players, it’s impossible to tell the story of youth sports without showing how these kids’ fates are in the hands of adults and parents with plenty of considerations. Azoroh does a terrific job at encompassing all of them, being Jace’s de facto manager, a mother trying to do the right thing for both her children, an independent businesswoman, and someone trying to earn respect for her whole family. The show doesn’t set up Jenna as simply infallible or overbearing. Azoroh finds the nuanced, fertile ground in the middle. Jackson, Jr. also takes a slightly different approach to the standard basketball coach role, adding a sense of weariness to his effortless charm. Jenna’s dynamic with Ike changes just as much as Jace’s, showing that a young athlete’s story can be told just as sharply through the lives of the people shepherding through a bevy of external forces.

By the time the season closes, “Swagger” has added so many potential distractions that it verges on overwhelming. There’s the impending threat of legal trouble, coaches reckoning with their relationships with their own fathers, and all the potential complications that come with attention from a big-time shoe company. “Swagger” doesn’t always find the most natural ways of weaving this through Jace’s basketball journey, but in some cases it feels like that’s kind of the point. Even when Ike is asking his team to have some on-court mental fortitude, it’s impossible to ignore some of the developments happening beyond the walls of the gym. One episode in the middle of the season — co-written and directed by series creator Reggie Rock Bythewood — is both a rapid response to the events of 2020 and an overview of how the events of last year only highlighted wounds that were already there.

“Swagger” might have one manufactured conflict too many, but when it settles into the stories that come naturally from these kids dealing with an uncertain future, it shines. Almost as if it’s heeding the advice of its coach calling from the sidelines, “Swagger” works when it’s not being forced into a formula and plays its own game.

The first three episodes of “Swagger” are now available to stream on Apple TV+. New episodes will arrive every Friday.