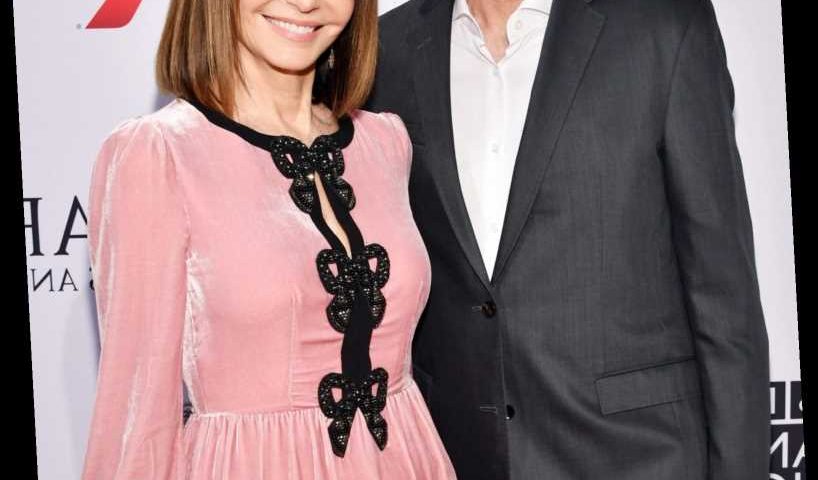 After 25 years of marriage, Ted Danson and Mary Steenburgen are still deeply in love with one another.

In an interview with Entertainment Tonight on Wednesday, Danson, 73, detailed how he and Steenburgen, 67, have made their marriage work after so many years together. The couple originally met on the set of their film Pontiac Moon in 1993, before they later tied the knot in 1995.

"I'm in love. We're in love. That handles a lot. We make each other laugh. I admire her," Danson told the outlet. "If I could be a woman, I'd want to be her."

"We delight in each other," The Mayor star added. "And we're pretty disciplined about being celebratory of what we have." Back in October, Steenburgen and Danson celebrated their milestone anniversary together, where the actress gushed over her "dreamboat" husband in a tribute Instagram post.

In the photo caption, Steenburgen pointed out a slight gaffe in the couple's selfie: a "big ass piece of salad" in Danson's teeth, which she said couldn't thwart his "legendary beauty."

"Happy 25th Anniversary! This was SUPPOSED to be a sweet loving anniversary photo but you have a big piece of salad in your teeth. So there it is," Steenburgen wrote on the sweet Instagram snapshot. "Thank you for making me laugh today and every single one of the last 9,125 days. You are the goofiest, wisest, kindest, dreamboat in the world. True, that is a big ass piece of salad but even that doesn’t mar your legendary beauty."

"I can’t believe how lucky I am. Happy Anniversary, Ted. Love, Mary," she concluded the post.

Back in 2018, Steenburgen told PEOPLE that Danson’s small gestures mean the most to her in their relationship.

"He is just kind to me every single day," she said at the time. "If he has an early call, I try to get up while it’s still dark and make him coffee and send him off and he does the same for me. I think it’s those little kindnesses that completely make up our life that are so appreciated."

"I could care less about things like Valentine’s Day because literally the appreciation for what I do for him and the way he nurtures me as a woman, as an artist, as an actor, as a songwriter and his celebration of who I am makes me free to fly and be who I am," she added. "And I hope I do that for him."

The actress also noted that Danson keeps their romance alive years later by paying her sweet compliments on a daily basis. "He does tell me every single day of my life I’m beautiful, and I do know a lot of women live without that," Steenburgen said. "And it does matter, someone just telling you that."