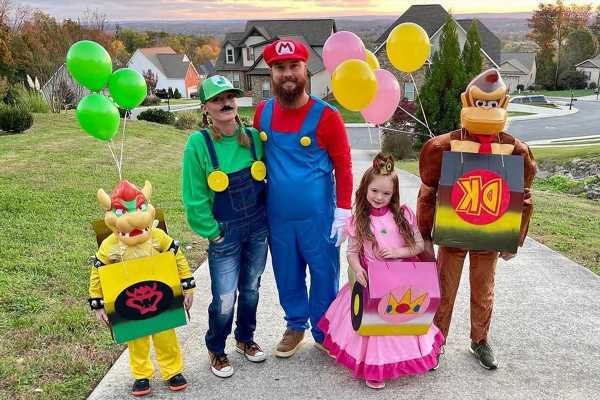 TEEN Mom star Maci Bookout went all out for Halloween as she dressed up as Mario Kart characters with her family.

She and her husband Taylor McKinney took on the roles of Luigi and Mario, respectively, while the kids, as well as the MTV crew, rounded out the rest of the video game personalities. 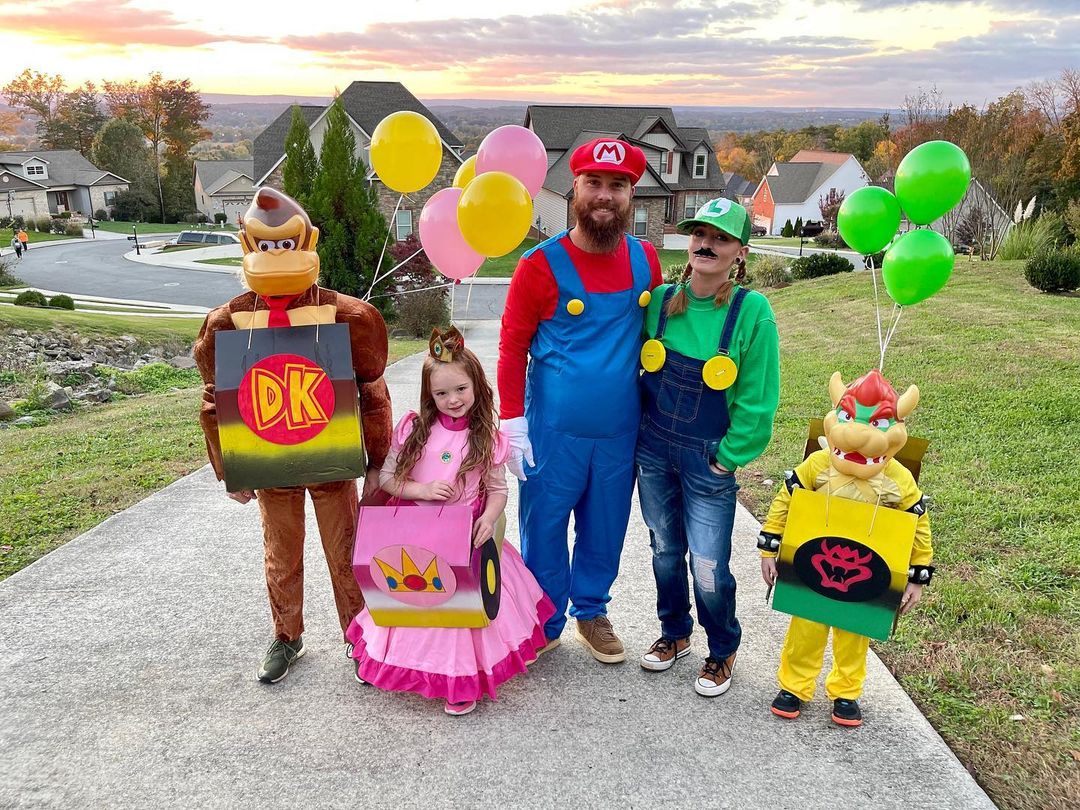 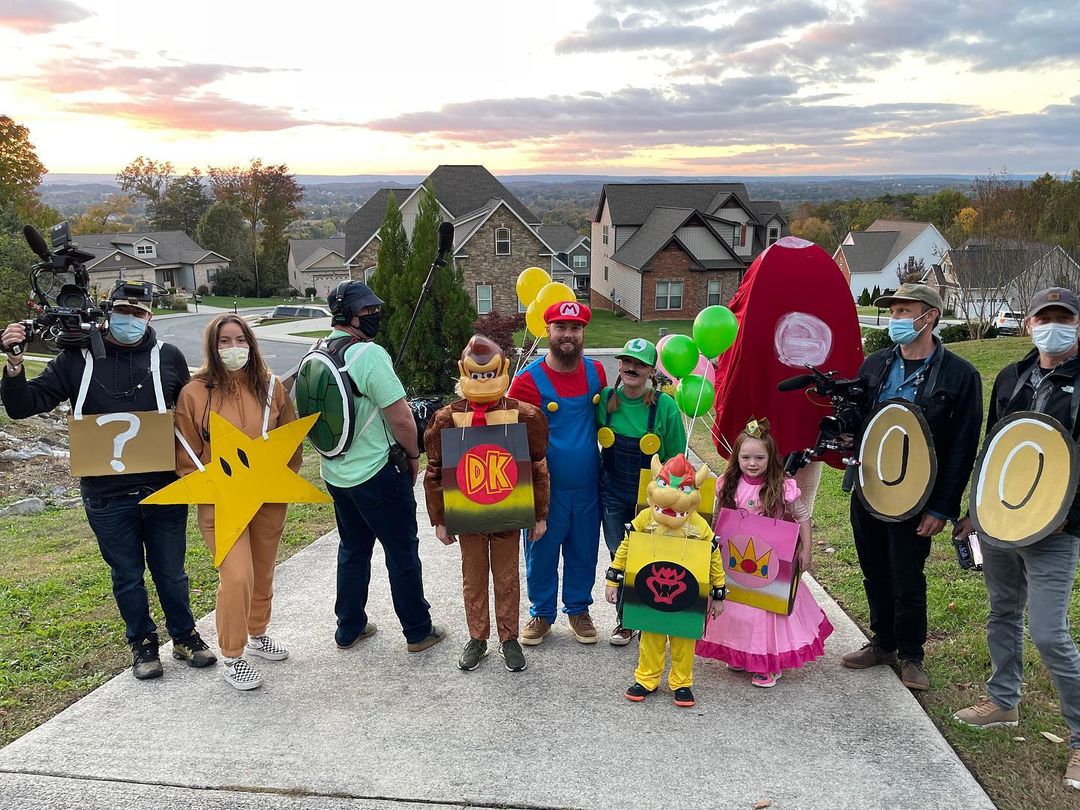 Maci posted a family photo of her in her green sweatshirt and cap, along with overalls, while her husband wore a similar ensemble, though his in red, instead.

Bentley, who Maci shares with ex Ryan Edwards, dressed as Donkey Kong, while Jayde and Maverick, who she has with Taylor, dressed as Princess Peach and Bowser.

Another snap showed that not only was the whole family in costume but the MTV filming crew had also got into the Halloween spirit.

A video showed Taylor going all in on his Mario portrayal, saying the character’s classic line, “It’s me, Mario!”

In a second adorable clip, the kids played a real-life version of the game, wearing their carts and running around the lawn.

They raced each other around the “track” as their parents and the crew watched and clapped along for them.

In the caption, the mother-of-three wrote: “It’s-a Mario time!”

Maci got a lot of love on her costume choices from her fellow Teen Moms.

Meanwhile, Cheyenne Floyd, who shared that she had an emotional Halloween, told Maci that they “killed it!”

Chey revealed that this was her first holiday without her daughter Ryder, four, who instead spent the evening with her dad, Cory Wharton.

The Teen Mom shared that she was getting really emotional without her daughter there by her side.

The 29-year-old tweeted: “My first holiday without Rydie and I am definitely feeling it”

She added a couple of sad emojis, including one with tears coming down and another of watering eyes.

Other franchise stars shared how they celebrated the holiday, as well, with Teen Mom 2 star Ashley Jones and her fiancé Bar Smith dressing up as senior citizens.

In the first photo, the engaged couple smiled for the camera as she donned a wig and glassed and Bar, 24, opted for a completely khaki and beige outfit.

Ashley pulled the costume together as she held onto a walker.

The second photo showed the Teen Mom 2 star posing in between two friends that were also dressed up as senior citizens with walkers.

Alongside the photos, Ashley wrote: “pov : bar is still taking me and my girls to the club ….. well bingo 😂😂 #happyhalloween🎃."

She got some love from her fellow MTV personalities, too, and Teen Mom: Young & Pregnant star Kayla Sessler left crying-laughing emojis as she wrote: “Y’all did that.”

Cheyenne added: "Haha this is so good." 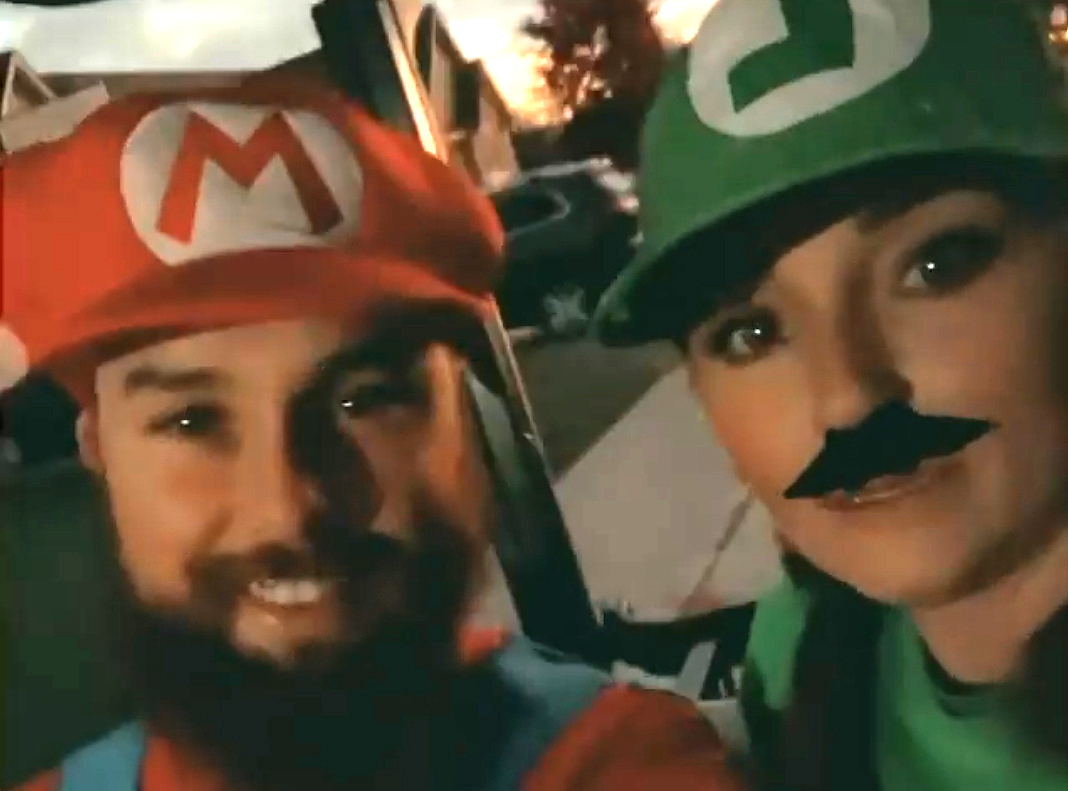 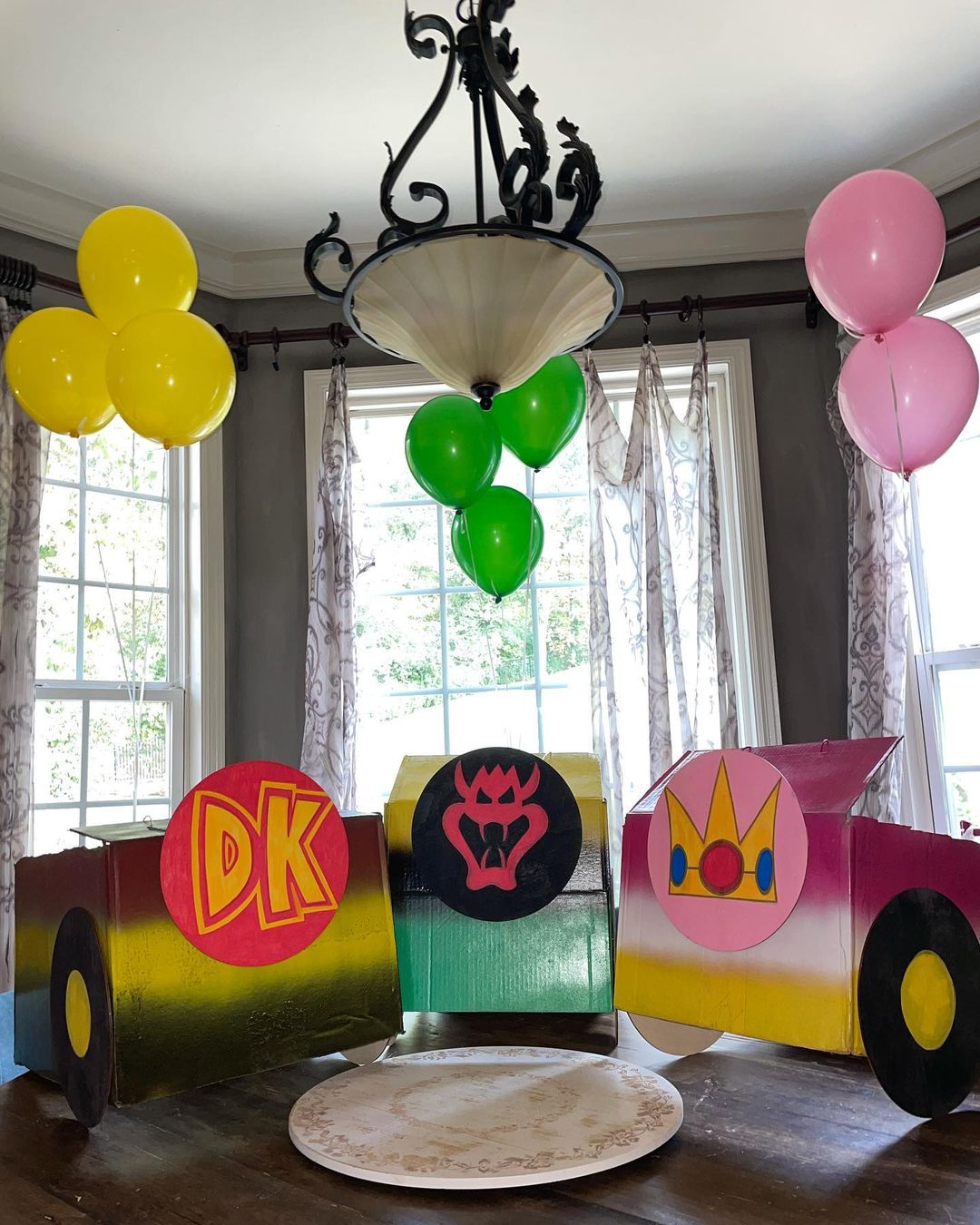