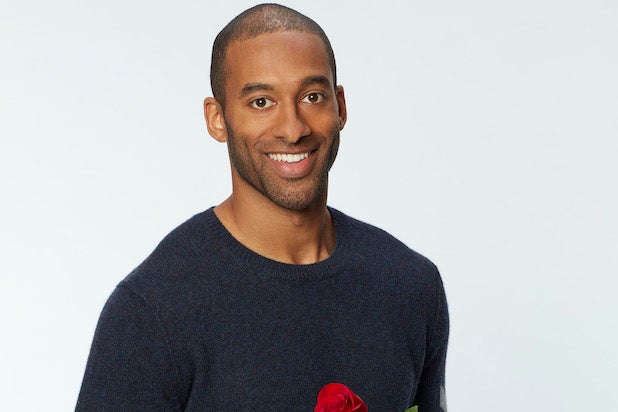 ABC dropped a first look at Season 25 of “The Bachelor” on Tuesday, revealing the dramatic effect Matt James has on the women vying for his heart.

In the video, which you can watch below, you’ll see “Bachelor” host Chris Harrison point out that the ladies are “literally falling” for James — the ABC dating competition’s first Black lead — as they stumble getting out of the limos and trip walking up the stairs of the mansion to greet him for the first time.

We then get a glimpse of the lineup of the contestants hoping to get a proposal from James, and it looks like drama is definitely going to be brewing between some of them.

“Matt is a delicious man,” one says.

“The queen has arrived!” another shouts as she struts into a room, a scene that immediately followed up by a different contestant saying in a confessional: “Be wary of this girl.”

Then the crying starts, with one woman tearing up while saying, “What just happened was not OK.”

OK, back to Matt, who is asked by Harrison if he’s ever been in love, and he says he hasn’t. “My job is to change that,” the longtime “Bachelor” franchise host tells him.

We’ll see if Harrison pulls it off when “The Bachelor” Season 25 premieres Jan. 4 on ABC.

This promo for James’ romantic journey was released following Tuesday’s episode of “The Bachelorette” Season 16, which now stars Tayshia Adams after initial “Bachelorette” Clare Crawley made a premature exit when she fell for her suitor Dale early on.