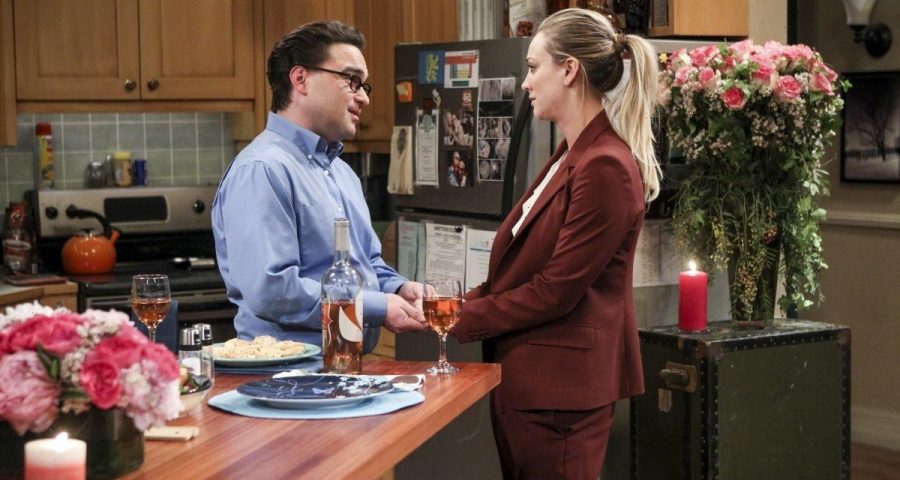 When The Big Bang Theory debuted in September 2007, nobody knew how successful the show would be. The TV series follows the lives of nerdy physicists Sheldon Cooper (Jim Parsons) and Leonard Hofstadter (Johnny Galecki), and her next-door neighbor Penny (Kaley Cuoco). One of the main storylines throughout the 12 seasons was Penny and Leonard’s relationship. Cuoco and Galecki dated in real life, but their breakup had little impact on their television romance.

In Season 3 of The Big Bang Theory, Penny and Leonard officially begin dating. Around the time their characters hooked up, Cuoco and Galecki ended their relationship. Although they were no longer together, Cuoco and Galecki had to film many romantic scenes for the show.

According to GoodHousekeeping.com, Cuoco believes her boss Chuck Lorre purposely added more love scenes following her and Galecki’s split. “When we broke up, obviously, it was a little sensitive for a minute. But I remember those weeks that Chuck had written these episodes where all of a sudden, our characters were like sleeping together every other second. And Johnny and I would talk, I’m like, ‘No, but I think he did that on purpose,’” she explained.

Although Cuoco thinks this was Lorre’s way of messing with her and Galecki, she has no ill will toward him. “It makes me love him even more,” she admitted.

Cuoco and Galecki began dating shortly after the show’s premiere in 2007. They dated for two years before calling it quits in 2009. The public didn’t know about the couple’s relationship until Cuoco confirmed it in an interview with CBS Watch.

Unlike other celebrity splits, Cuoco and Galecki’s was amicable. Cuoco has described Galecki as “one of my best friends.” Galecki feels the same way about his ex and often posts touching birthday tributes to her on social media. After their split, Galecki was in a two-year relationship with Alaina Meyer, with whom he has a son.

Penny and Leonard Hofstadter’s relationship on ‘The Big Bang Theory’

Cuoco and Galecki’s The Big Bang Theory characters also experienced a breakup. After Penny doesn’t react to Leonard’s “I love you” declaration, the couple splits. However, it’s obvious the two still love each other, and they eventually get back together.

The couple still has their issues, including Penny quitting her day job to focus on acting and Leonard’s drunken kiss with another woman during a science expedition. In Season 9, Penny and Leonard elope to Vegas and settle into married life, with Sheldon as their roommate. During the 12th season, Penny and Leonard disagree on starting a family. Although Penny didn’t want children, in the series finale, it’s revealed she’s pregnant.