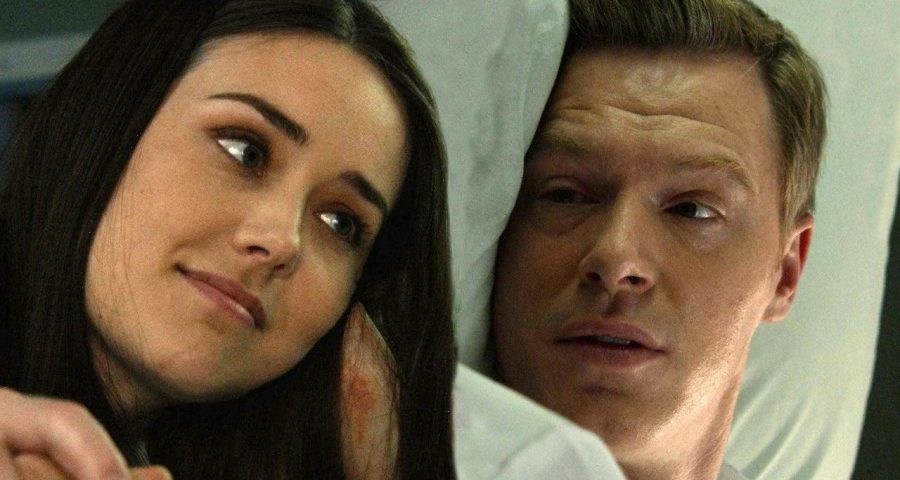 Liz has to make a big decision.

The Blacklist closes out its eighth season Wednesday with a finale that may mean the end of one chapter and the beginning of another. Titled “Konets” (Russian for “end”), Liz (Megan Boone) is forced to decide whether to go to the dark side one last time when Reddington “makes a disturbing request to Liz in exchange for the truth about his identity.”

In ET’s exclusive sneak peek from the season closer, Liz pays a visit to a recovering Agent Ressler (Diego Klattenhoff) and the two share a sweet moment of respite as she toils over what to do.

“Got a decision to make,” Liz begins to say before Ressler jumps in, not allowing her to finish her thought. “Cooper’s wrong,” he says quite adamantly.

“You’re not like Reddington, you’re better. You’re good. Too good to do what he wants you to do,” Ressler says matter-of-factly.

“You’re not a criminal,” he assures her. “And pretending to be one is not going to keep you safe.” Why does everything have to be so complicated?

The season finale of The Blacklist airs Wednesday at 10 p.m. ET/PT on NBC. For more, watch below.