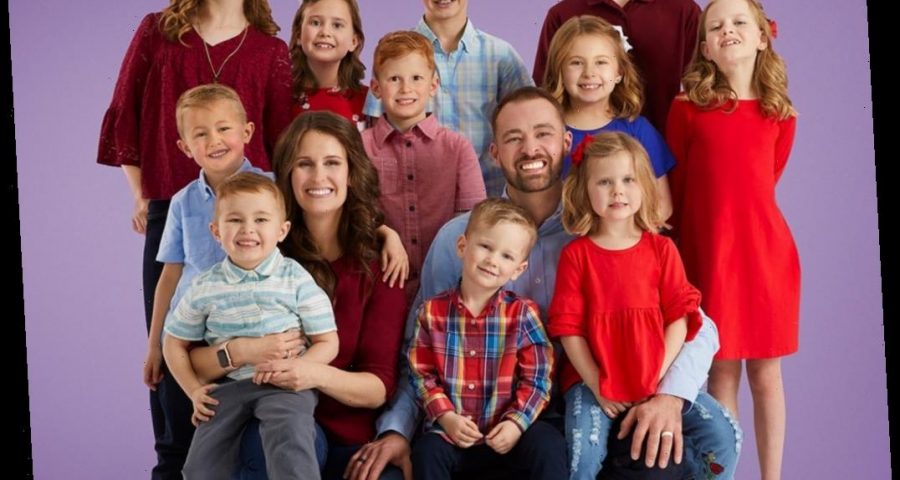 The TLC family is growing. The Shemwells, the stars of The Blended Bunch, are following in the footsteps of the Duggars, the Derricos, and the Busbys and becoming the latest large family to star in a reality TV show for the network.

The Blended Bunch, which premieres Tuesday, March 16, focuses on this Utah family of 13, a real-life Brady Bunch who came together after tragedy. Mom Erica Shemwell and dad Spencer Shemwell were both widowed. But they connected after loss to start a new chapter in their lives.

“I feel like my heart was ripped out of my chest,” Erica said when talking about her first husband’s death in a teaser for the new show.

Spencer also lost his first wife, with whom he had four children — Brayden, Harper, Avery, and Bexley — in tragic circumstances.

“I lost my wife Aimee in a car accident,” he said. “I remember sitting the kids all on my lap and saying ‘Mommy passed away.’ I thought there was no way that I could ever love anyone like Aimee.”

Spencer and Erica Shemwell met in a grief support group

Spencer and Erica were both devastated by the death of their spouses. It was while they were grieving that they came together.

“As we were grieving, we joined a support group for widows and widowers,” Erica explained in a clip for the new series shared by TLC. “We met there online. And we were really good friends for the first little while.”

The couple spent five months talking online before they met in person. Even then, they decided to just keep things friendly — in part because they lived on opposite sides of the country. Erica lived in Utah, while Spencer and his kids were in Virginia.

“It wasn’t going to work out,” Erica recalled. “He had four kids and I had seven. Neither of us were trying to figure out how to date [from] far away.”

Eventually, Spencer ended up moving to Utah. The two began spending time together and taking their kids on playdates. After a while, the relationship turned romantic. Once that happened, things moved quickly. Roughly 2 weeks after Erica realized she was interested in Spencer as a partner, he proposed.

“She said yes, and we got married six weeks later,” he said.

“It was fast,” Erica admitted. “But when you know, you know. Why wait?”