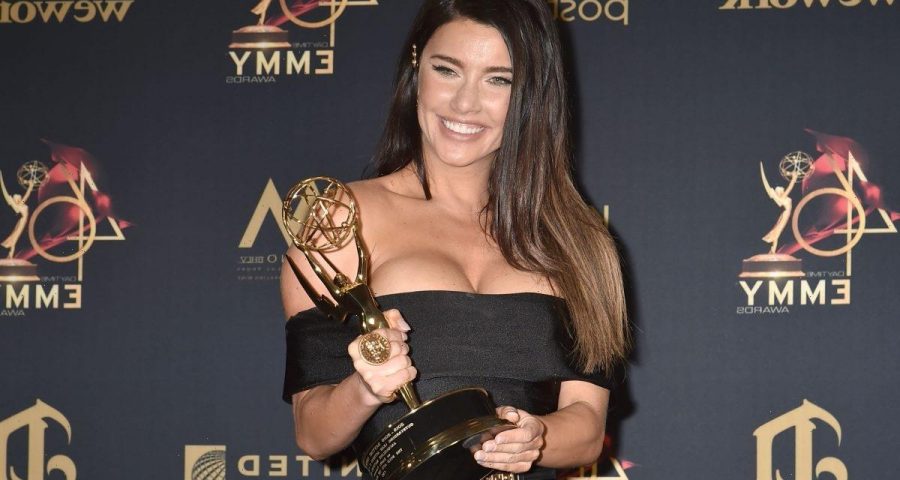 The Bold and the Beautiful actor Jacqueline MacInnes Wood is daytime’s favorite new leading lady. The Daytime Emmy winner has entertained audiences as Steffy Forrester for over 13 years. While her character is currently experiencing turmoil, things are going well for Wood. The actor and her husband recently shared some exciting news.

‘The Bold and the Beautiful’ Jacqueline MacInnes Wood announces pregnancy

It’s been a huge year for Wood. Aside from winning her second Daytime Emmy, The Bold and the Beautiful star is expanding her family. In an interview with People, Wood announced that she and her husband, Elan Ruspoli, are expecting their third child.

Wood’s announcement comes nine months after the birth of her second baby. The newest bundle of joy will join the couple’s sons, two-year-old Rise, and nine-month-old Lenix. Wood revealed that baby number three is due in the spring, and she’s excited about becoming a mom again. “Elan and I dreamed of having a large family as we are both only children and are over the moon that our dreams are coming true.”

Wood and her The Bold and the Beautiful character have in common that they’re both mothers. Steffy’s a mom to daughter Kelly Spencer (Colette and Avalon Gray) and son Hayes Finnegan (Piper Harriot). As with many soap opera pregnancies, Steffy’s were surrounded by paternity drama.

Steffy was unsure if Liam Spencer (Scott Clifton) or Bill Spencer (Don Diamont) was the dad during her first pregnancy. A DNA test later confirms Liam is the dad. However, Liam leaves Steffy after learning about her affair with Bill. The couple reconciles following Kelly’s birth; however, the reunion is cut short after Hope Logan (Annika Noelle) reveals she’s pregnant with Liam’s child.

Steffy’s next pregnancy once again found her in a similar situation. The Forrester CEO was dating Dr. John “Finn” Finnegan (Tanner Novlan) when she had a drunken one-night stand with Liam. Although a paternity test confirms Liam’s the father, Finn stays with Steffy. However, Vinny Walker (Joe LoCicero) admits to tampering with the results.

Will Jacqueline MacInnes Wood’s pregnancy be written into the show?

The Bold and the Beautiful fans are happy for Wood, yet they’re curious how the show will handle her pregnancy. With the actor’s first pregnancy, Steffy left for Paris to attend to business. But they incorporated Wood’s second pregnancy into a storyline.

Since Steffy gave birth to baby Hayes four months ago, fans wouldn’t expect her to become pregnant again so soon. Yet, given the current drama with her mother-in-law Sheila Carter (Kimberlin Brown), the show may up the ante. Another baby would cause more stress to Steffy and Finn’s marriage and make Sheila more eager to be involved in their lives.