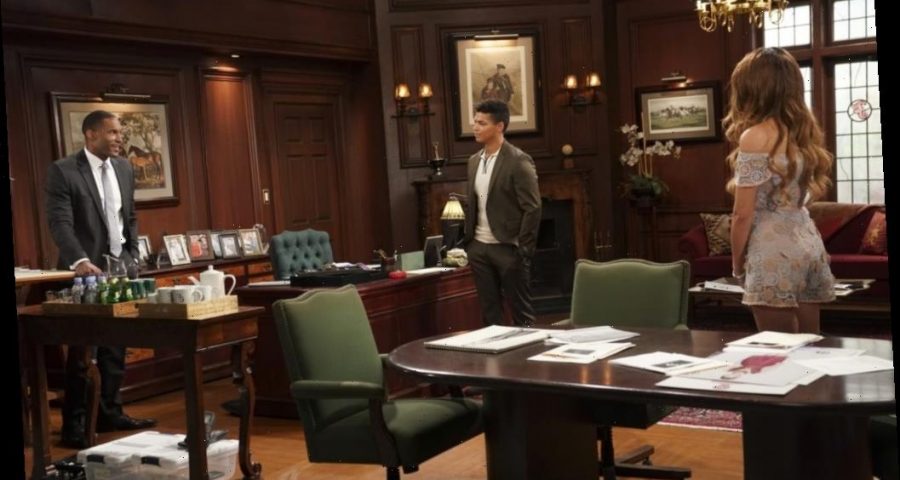 Complicated love stories are a staple on just about any daytime soap opera, and on The Bold and the Beautiful, it is likely one of the things that keep fans coming back for more. Typically, we are used to seeing love triangles, such as an ex being jealous of someone who is now married or at least in a serious relationship. However, on this particular show, there is a love square between Carter, Zoe, Paris, and Zende, and it is almost as if no one can get enough. While the hurt feeling and drama that surround any sticky situation are enough to create the perfect mix of drama, some fans have actually taken to Twitter to share their feelings and voice their concerns over what they feel should happen next. Here, we will discuss The Bold and the Beautiful, and how some fans are hoping that Carter leaves Zoe for Paris.

Who is involved in the love square?

The love square that we have been following lately involves Paris, Zoe, Zende, and Carter, and it has been pretty interesting, to say the least. So, who are the four people? Well, Paris Buckingham, portrayed by actor Diamond White, has been on the show since 2020, and she has really made her mark. According to Soaps in Depth, she has a pretty questionable reputation and came to Los Angeles to see her sister, Zoe, and was surprised to see just how well her life was flourishing, especially her relationship with her boyfriend, Carter Walton. That just leaves Zende, who has been portrayed by actor Delon De Metz since 2020. Zende has a pretty complicated history, having lived in an orphanage after both his parents and his younger brother all passed away from the AIDS virus. He lived with Kristen and Tony, and eventually joined Forrester Creations, working hard to make a name for himself in the Los Angeles world of fashion.

There are so many mixed feelings

As anyone would expect, the relationships on The Bold and the Beautiful aren’t exactly clear-cut. Zoe and Carter are planning on getting married, however, it is pretty obvious that Zoe is pining after a still-married Zende. To shake things up even more, Inquisitr reports that Paris and Zende shared a steamy kiss, and Zoe knows all about it. Just when fans think that things couldn’t get any more complicated than they already are, Paris was recently offered a job at Forrester Foundation by Carter, and jealous feelings prevented Zoe from being happy. In fact, Soaps.com reports that she demanded that her sister not be hired, telling her “I’m serious, you cannot accept this job.” With Zende and Carter stuck in the middle, things go downhill even more, and although Carter will do anything to stand by his fiancée, fans are in agreement that Zoe just isn’t good enough for him.

Some fans hope that Carter leaves Zoe for Paris

Things are all over the place with the love square, so what is it that fans ultimately want? It turns out that they want Carter to leave Zoe altogether and be with Paris, and no one is keeping quiet about it. One Twitter user expressed that they’d love to see Carter leave Zoe and fall for her sister Paris, since Zoe is so occupied with Zende, and many other fans agreed. Will Carter and Paris end up together? Time will tell!