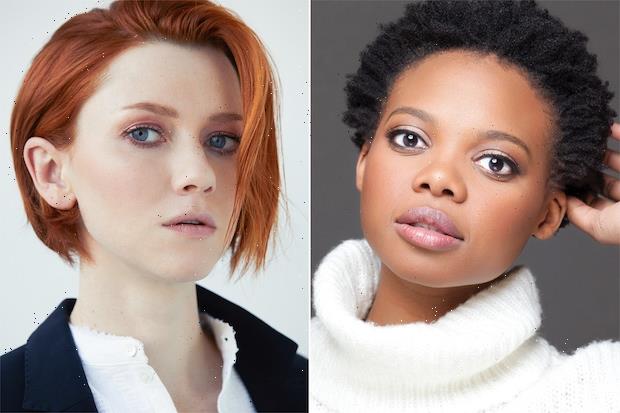 The new superheroes headed to The Boys next season are going to trigger shock, awe and some mild retching, according to showrunner Eric Kripke.

Shortly after it was announced Monday that the Prime Video smash is adding Orange Is the New Black‘s Susan Heyward and The Following‘s Valorie Curry (pictured, above) as rookie Supes named Sister Sage and Firecracker, respectively, Kripke took to Twitter to declare, “These new Supes are some of the best and craziest ever written for The Boys.”

The EP then added, “You are going to love them. And by love, I mean be absolutely horrified and a tiny bit nauseous.”

As we reported, Monday’s other big Boys news was the promotion of Cameron Crovetti — who plays Homelander’s chip off the old evil block son Ryan — to series regular ahead of Season 4.

Much of Season 4 “hinges on Ryan and the battle for his soul,” Kripke previously told TVLine. “If Ryan turns into another little sociopathic Homelander, that’s apocalyptic. But on the other hand, if Butcher’s able to pull him away from that, then you might have the only person who can actually fight Homelander.”

The Boys‘ fourth season will debut on Prime Video in 2023.