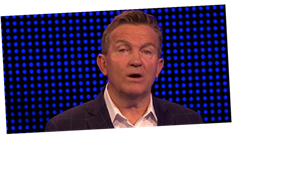 The Chase returned to our screens on Wednesday afternoon and viewers at home point out an hilarious connection between the team of contestants.

Eagled-eyed fans noticed that the names of all four hopefuls were characters from iconic British sitcom Only Fools And Horses.

Delon, Rachel, Rodney and Cassie all took it in turns to take on the cash builder and later went head-to-head with Mark "The Beast" Labbett in an intense round of general knowledge questions.

However, viewers were distracted from the show and rushed to their keyboards to discuss their shock discovery.

Taking to Twitter, one fan penned: "Only Fools and Horses fan in the audition crew."

Another added: "Special episode of TheChase today, the cast of Only Fools and Horses have come for a go! Ft. Del boy, Rodders, Casandra and Rachel aka Raquel." A third posted: "Hahahah am enjoying this Only Fools and Horses crack here."

While a fourth wrote: "Only fools and horses…is that you?"

Only Fools and Horses is a British television sitcom created and written by John Sullivan.

Seven series were originally broadcast on BBC One in the United Kingdom from 1981 to 1991, with sixteen sporadic Christmas specials aired until the end of the show in 2003. The series follows the Trotters' highs and lows in life, in particular their attempts to get rich.

Presenter Bradley made several references to Only Fools and Horses throughout the latest edition of the ITV quiz show.

The Chase airs weekdays on ITV at 5pm