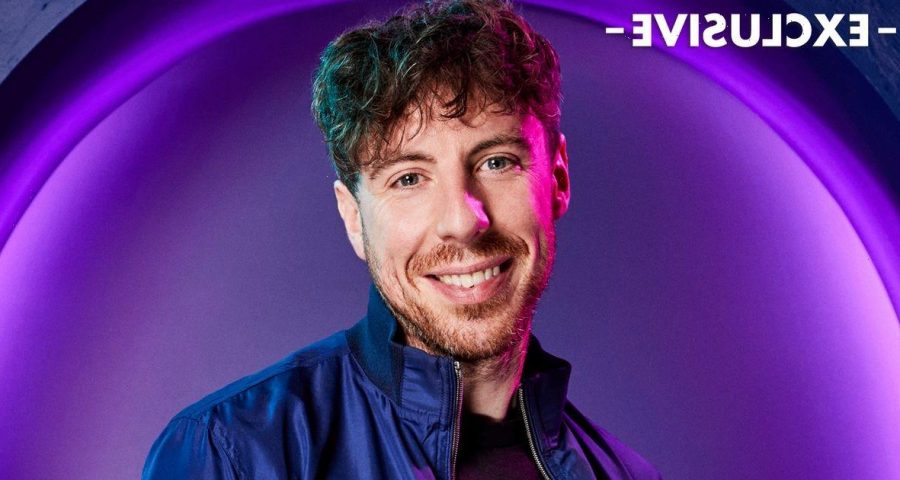 Andy Smith has admitted he no longer speaks to Manrika Khaira following their fallout on The Circle.

The 34 year old finished in third place on the second series of the hit Channel 4, behind runner-up Manrika, 24, and winner Natalya Platonova, 30, who posed as 29 year old hunk Felix.

During their time in the Salford apartments, Andy and Manrika went from being "Circle Siblings" to arch rivals, with Manrika urging other plays to vote Andy out.

Company director Andy has now opened up to OK! online on his and Manrika's relationship and how he found watching the show from his hospital bed.

Speaking about watching their fallout on screens seven months after filming of the show, Andy told us: "I found it quite challenging to watch because I was aware of it.

"The night when me and Manrika make up, they deleted about two hours, it was a really brutal conversation between us and I think we both were aware that we were never going to patch it back together, but there was a love and respect for the other.

"Once I became a threat, it changed it and I found it quite difficult to watch.

"I was shocked at the extent she was willing to go to because, for me, a TV show doesn’t justify it, but the flip side of that was the irony wasn't lost on me that the very people that picked up their pitchforks to go to battle for me were then doing the very same thing to me for her.

"Watching it back was challenging for my family. I wasn't prepared for the toll it took on my family because those narratives usually last for one episode and then they end, but that carried on and I found it quite difficult to be in my normal life with that running and then having to justify my decisions and my actions whilst someone's knifing you."

When asked if he and Manrika are in contact now the show has finished, Andy admitted: "The truth is no. That's not because of any bad blood, we have a group chat all of us, but it would be wrong of me to say we've had a lot of dialogue. "When the Tally situation happened, we had a nice conversation because that was when the heat really started for her and I just said, 'Look, I'm an influencer with you a lot, I'm going to go through some of this with you, we're here.'

"But no, out of everyone, I would say we're not close but that's life isn't it? It's been seven months and you have to be realistic, you can't watch what you watch on TV and just wipe all that away because it hurts.

"You would be inhuman if you didn't say watching that was uncomfortable when your family are upset but the juxtaposition for me is that that doesn't mean what happened to Manrika off the back of it was fair, so I felt in between a rock and a hard place to be honest.

"I felt that part in the show really difficult because there was no positive to take, so the honest answer is no, we don't speak."

Andy, who suffers from Chron's disease, also opened up on having to watch the show from hospital due to a flare up mid-series.

He said: "It's path of the course, it’s just my life, it's not something in my day to day life.

"I’m having a bad flare up but it's life, you just carry on, don't you? It's only because you're on TV and you've got nurses and ambulance workers trying to take a selfie with you, you're like, ‘This is so bizarre'."