Netflix’s The Crown has just released its highly anticipated fourth season, which delves into the Royal Family’s struggles during the Eighties. Charles and Diana were at the forefront of the Firm at this time, having met in 1980 and married the following year. The couple reportedly only met one another 13 times before the heir proposed although a great deal of their romance is said to have been spent on the phone to one another.

Even so, it was clear the pair did not necessarily have the best foundations for a stable marriage during their engagement interview, when they were asked if they were in love.

The Princess of Wales later recalled in her secret conversations for Andrew Morton that this response “traumatised her”.

This scene is recreated in The Crown.

Then later in the same episode, Diana is seen looking despondent as her fiancé has to jet off for a six-week tour — another event which did really happen. 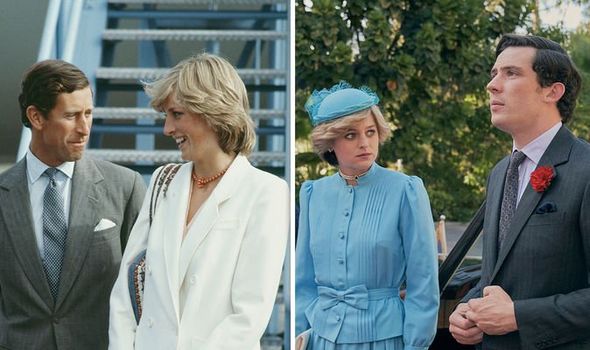 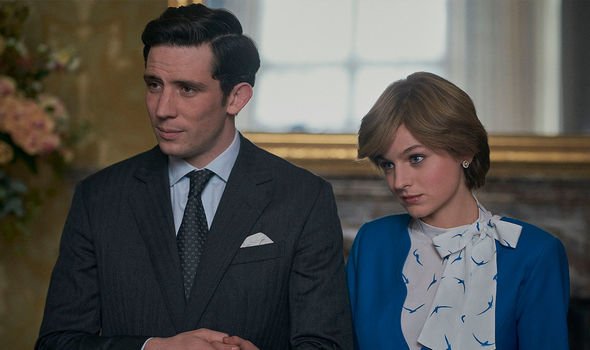 The royal bride was even pictured in floods of tears at the airport.

Back in the Netflix drama, Emma Corrin, playing Diana, tells her friends on the phone that her fiancé has gone completely silent since he went on his tour to Australia, New Zealand, Venezuela, Washington and Williamsburg.

She says: “I haven’t heard from him for three weeks.”

She confirms he has not sent flowers either, meaning she has had “nothing, not a squeak, from the man I’m supposed to marry”.

However, unearthed letters from the Prince of Wales disprove this part of the plotline. 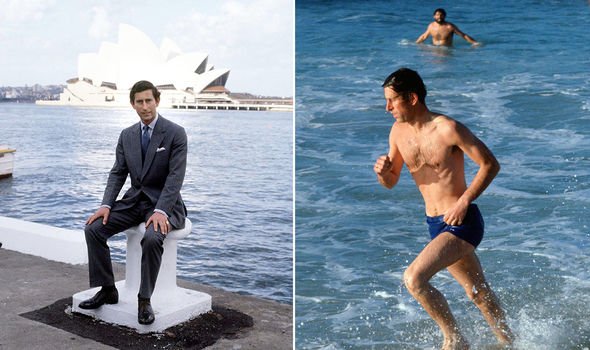 Charles wrote to his grandmother, the Queen Mother, when he was away in Australia at this time and claimed: “I must say, I am missing Diana a great deal and she seems to be missing me!

The Queen Mother wrote to her own courtiers at the time and painted yet another different picture of what was happening.

She claimed: “I think she’s [Diana] having difficulty finding her way.”

Royal biographer Howard Hodgson speculated in his book, ‘Charles — The Man Who Will Be King’ also acknowledged that Diana was distressed in Charles’ absence — that there may have been a simple solution.

He explained: “Initially [her time in the Palace] hadn’t been too painful as Charles would appear and give her an encouraging kiss or a few words of praise and encouragement. 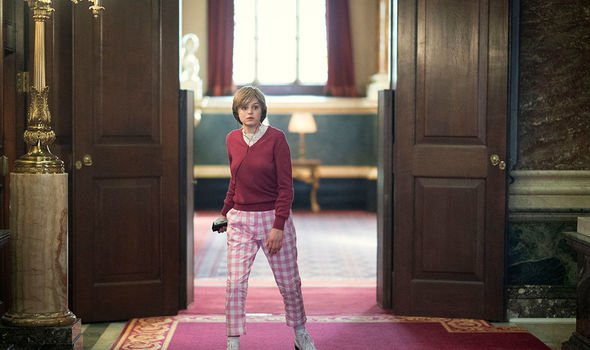 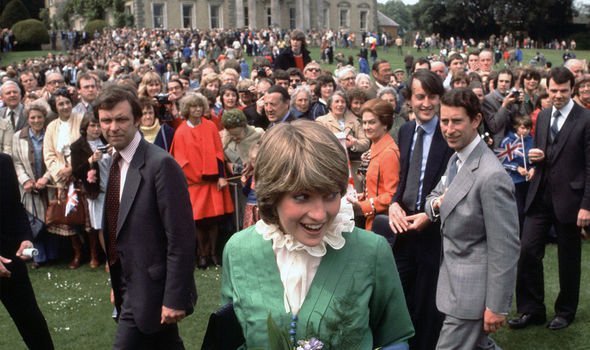 “This was all she seemed to need, as courtiers still vividly remember.”

Therefore, he suggested: “Perhaps, in hindsight, she should have been flown out for at least part of the tour.

“It would have shortened the separation and given her something to look forward to.”

Even so, Mr Hodgson’s 2007 book still disputes The Crown’s depiction that she was completely alone when Charles was away.

He claims that she spent her time developing friendships with those close to the Palace including Sarah Ferguson, the daughter of one of the polo managers, and became close with Princess Margaret’s children.

He added that “Prince Andrew and Edward were both attentive and friendly” towards their future sister-in-law, too.

But the pre-wedding nerves clearly got to both Diana and Charles during this time, as they both later said how they almost pulled out of the wedding. 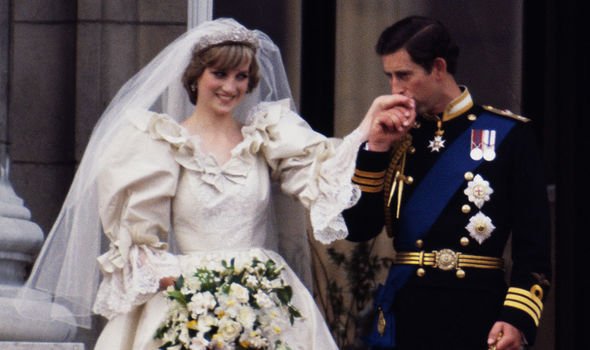 Charles told his biographer Robert Jobson: “I desperately wanted to get out of the wedding in 1981, when during the engagement I discovered just how awful the prospects were, having had no chance whatsoever to get to know Diana beforehand.

“To have withdrawn, as you can no doubt imagine, would have been cataclysmic.

“Hence I was permanently between the devil and the deep blue sea.”

Diana also told her sisters when she discovered Charles had made a personalised bracelet for Camilla, engraved with their nicknames Fred and Gladys, and indicated that perhaps marriage was not the best idea.

However, she was instructed that it was too late to “chicken out”.

Andrew Morton later wrote in his 1992 book, ‘Diana: Her True Story’: “She was confused, upset and bewildered by the train of events.

“At that moment, as she seriously considered calling off the wedding, they made light of her fears and premonitions of the disaster which lay ahead.”

The couple’s wedding went down as one of the most historic ceremonies in royal history.