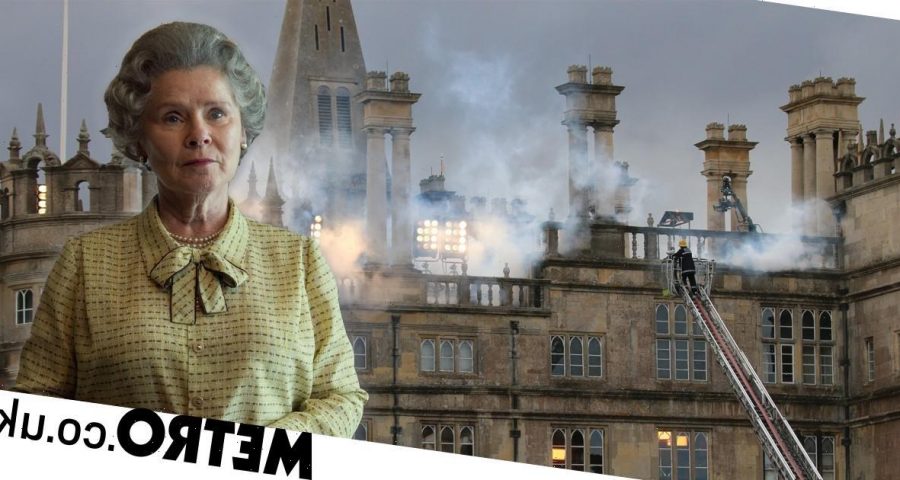 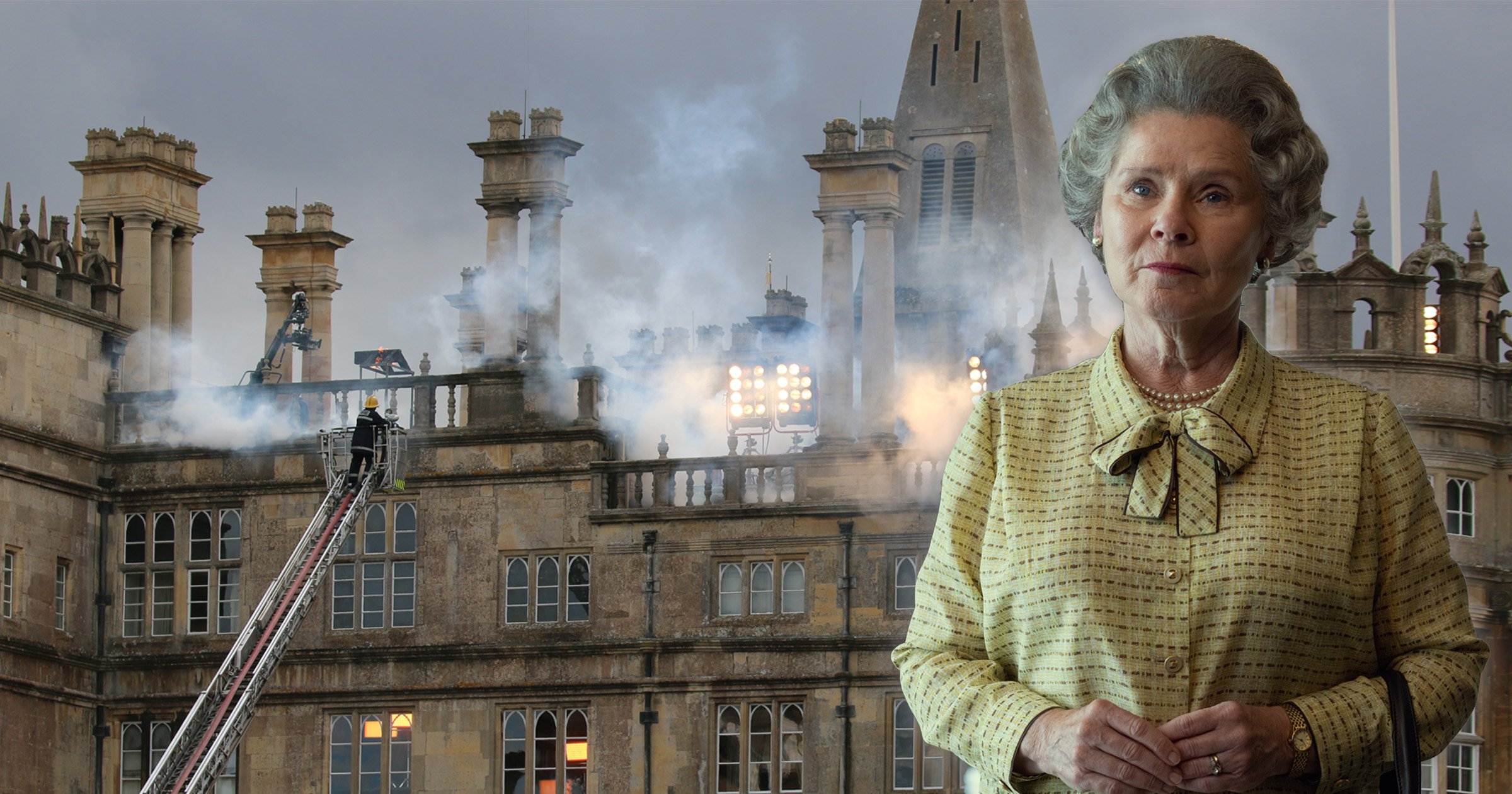 Filming for series 5 of The Crown is underway, and new pictures show a recreation of the famous 1992 fire that tore through Windsor Castle.

Filmed at Burghley House, near Stamford, Lincolnshire this week, incredibly realistic ‘flames’ and smoke blazed from the building.

The original fire occurred on November 20, 1992 after a faulty spotlight set alight a curtain next to the altar in Queen Victoria’s private chapel.

The fire was spotted at 11:30pm and burned for 15 hours, destroying 115 rooms, including nine State Rooms.

After just three hours, 225 firefighters had been recruited from seven countries to put out the flames, resulting in 1.5million gallons of water being used.

The Queen was not staying at Windsor at the time of the fire, but she arrived shortly after the blaze began.

Once the fire had been extinguished, there was a huge restoration task ahead, with some rooms being restored to their traditional appearance while others were given a more modern interpretation.

Season five of The Crown will see Harry Potter star Imelda Staunton take over as the monarch, filling the shoes of Olivia Colman, who scored an Emmy for her portrayal of the Queen.

Imelda, 65, was also photographed on set of the devastating blaze, spotted arriving in a Range Rover.

With just two seasons of the much-loved show remaining, it is uncertain what storylines they will tackle.

However, it is believed the drama will continue to focus on the breakdown of Prince Charles and Princess Diana’s marriage.

Dominic West, 51, will play the Prince of Wales while Elizabeth Debicki, 31, has replaced Golden Globe winner Emma Corrin as Diana.

The drama might also focus on the separation of Prince Andrew from Sarah Ferguson and Princess Anne’s divorce from Mark Phillips, which all took place in 1992.

Series five of The Crown will be released on Netflix in November 2022.