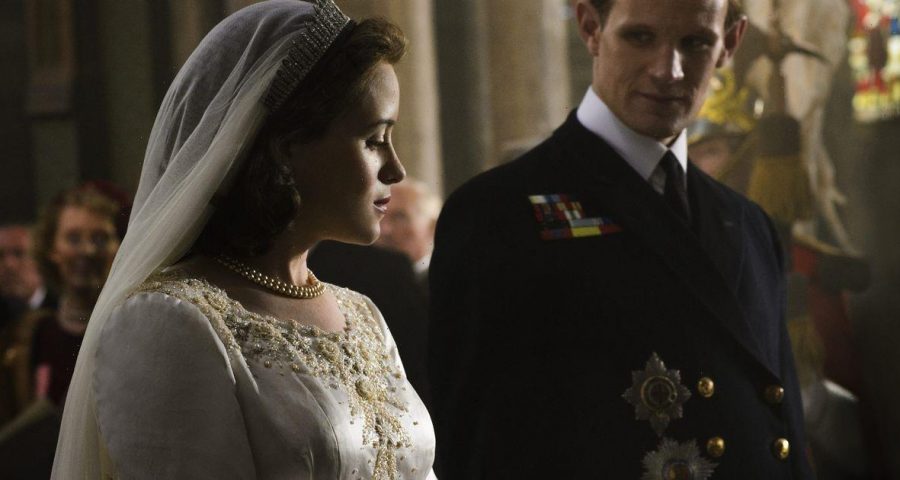 The Queen used to watch episodes of The Crown via a projector on Sunday nights, actor Matt Smith has said.

Matt Smith starred as the young Prince Phillip, Duke of Edinburgh opposite Claire Foy as the Queen for the first two seasons of the show.

Viewers often like to speculate as to whether any members of the royal family watch the hit series, which chronicles their lives throughout the Queen's reign, and speaking to NBC’s Today Show, Matt has hinted that at least one member of the family has seen the show.

He said: “I heard the Queen had watched it, and she used to watch it on a projector on a Sunday night apparently. I know that Philip definitely didn’t."

He added: “A friend of mine sat next to him at a dinner once and he asked him… apparently he turned ’round to him and said ‘don’t be ridiculous’.”

He concluded: "He loved her. He really made her laugh."

Matt, 39, also shared that during a polo match, Prince Harry indicated that he was at least a casual viewer of the series.

Matt said: "He walked up to me, and he went ‘Grandad'. He watched the show. I can’t claim to know that he watches it currently, but he watched a bit of it."

Matt revealed his desire to return to the UK for the funeral on Monday, saying: “I think it’s a piece of history. I just want to be in London. I want to experience it, I want to share in the ceremony of it really.”

He added that whereas his mother wanted to go to witness the procession, he would most likely watch the service “in a local pub with a group of friends”.

Claire Foy, 38, recently spoke of the honour of playing the Queen on screen, describing the late monarch as a “massive symbol of continuity and dignity and grace”.

Speaking to the BBC at the Toronto Film Festival, she said: “I think that she was an incredible monarch. She united people and she was a massive symbol of continuity and dignity and grace.”

Netflix also recently revealed that the first series has entered the streamer’s global top 10 for the week of September 5-11 following the Queen’s death.

In an email shared by Deadline, he wrote: "The Crown is a love letter to her and I’ve nothing to add for now, just silence and respect. I expect we will stop filming out of respect too."

Stephen Daldry, one of the directors of The Crown, previously spoke about what would happen in the event of the Queen’s death.

Metro reported him as saying: "None of us know when that time will come but it would be right and proper to show respect to the Queen. It would be a simple tribute and a mark of respect. She’s a global figure and it’s what we should do."

He added: "She’s an extraordinary woman and people will be upset."

Season four of The Crown focused on the time period between 1979 and 1990. It included Margaret Thatcher's 11 year run as prime minister and Princess Diana (played by Emma Corrin) was introduced. Season five of The Crown will centre on the early-to-mid 1990s.

This means it will cover the period of history including Princess Diana's divorce from King Charles III and Sarah Ferguson's divorce from Prince Andrew.

Actress Elizabeth Debicki, 32, will take over the role of Diana from Emma, 26, in season five. The Crown was due to end after its fifth series, but Peter Morgan later said it will be extended to include a sixth.